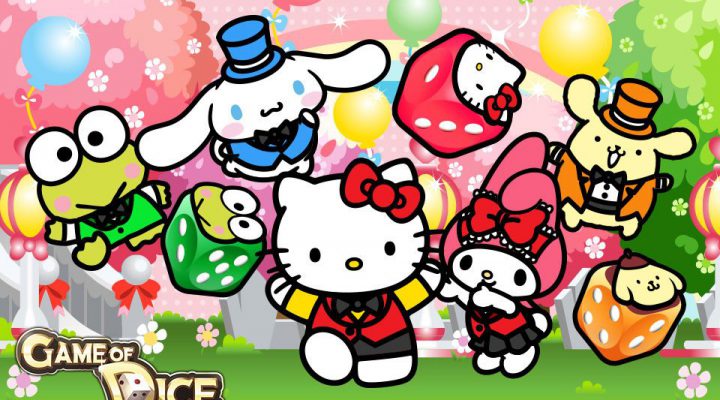 Lovers of Sanrio’s Hello Kitty who also happen to love JoyCity’s creation, Game of Dice will be delighted to find their new update, which happens to feature both Hello Kitty and an array of her fellow characters.

The table-based board game finds itself with a new spin in the guise of the Japanese cat, who brings with her an array of new features. Using a variety of different special cards and skill sets, the update breathes a whole new light into the game, including a new map. 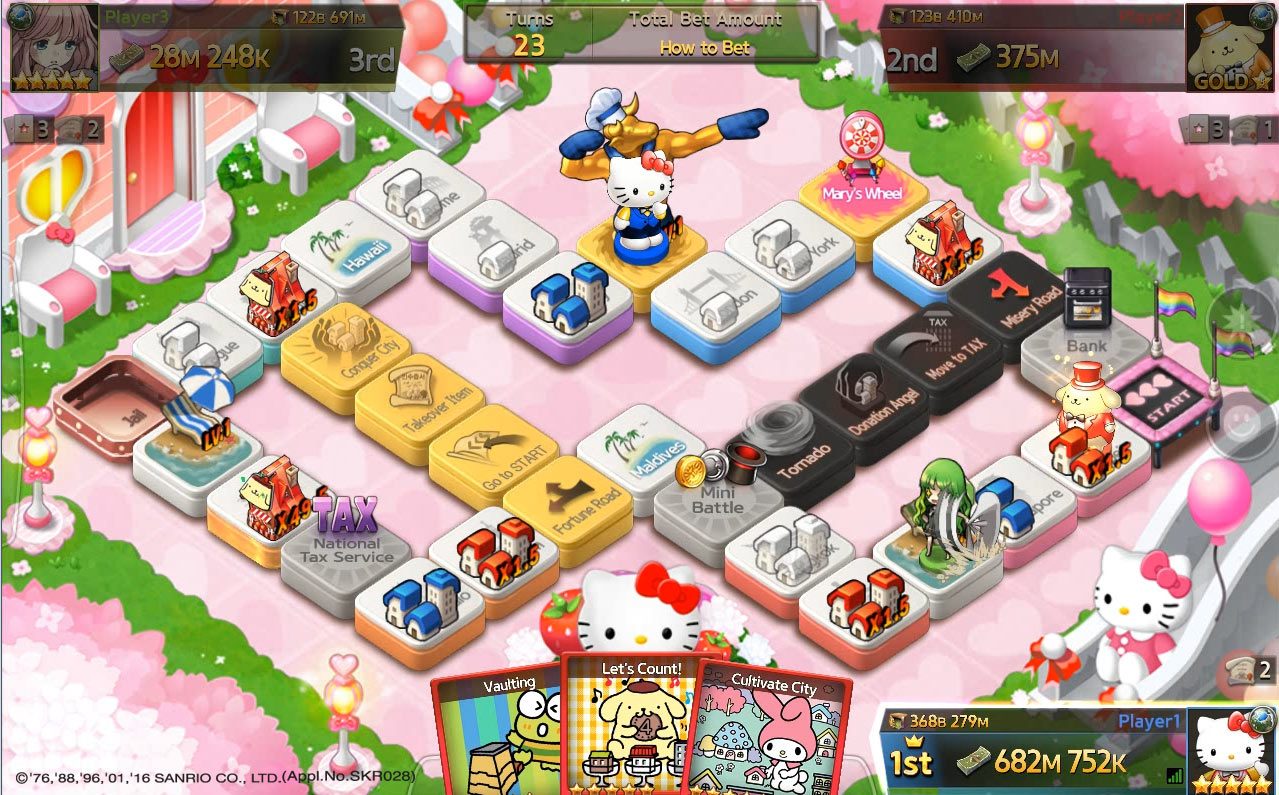 Said new map allows players to traverse through a new environment, which is fittingly decorated with cutesy hearts and flowers throughout. Unique features include Mary’s Wheel, a special block that allows players to increase tolls within their city. Additionally, the game now features a ‘Dimension Shift’, offering players a complete turnaround through the map’s ‘START’ block.

New map aside, Sanrio fans will enjoy the introduction of a new character in the form of fedora-wearing puppy Pom Pom Purin, who can be used for free within the game before June 23rd.

Pom Pom Purin brings with him two new special skill cards: ‘Doodling’ and ‘Vaulting’. The first of which sees players able to inflict the inability to move until a specific dice roll upon opponents, whilst the latter lets players use the Gold Ox.