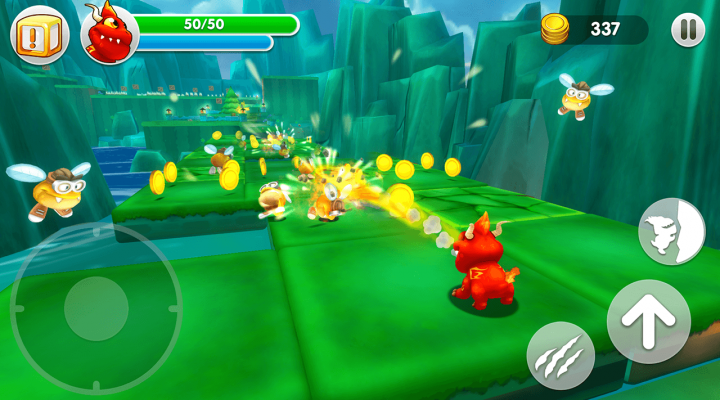 In Dragon Land, you play as a dragon whose friends have been captured by the evil Borg, and it’s up to you to set off on an epic adventure to rescue them. 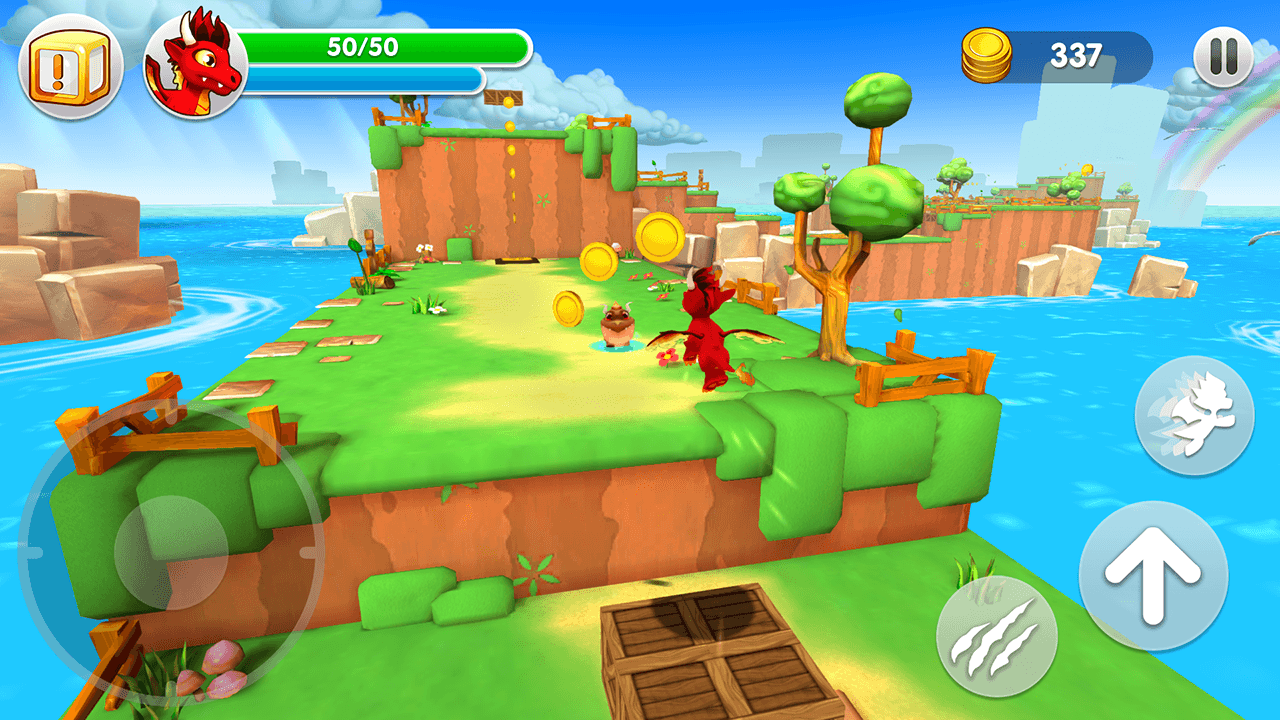 And that’s exactly what you’ll do over the course of the game’s hundred or so levels, which challenge you to run, jump, defeat enemies, and collect items like coins, crystals, and secret keys in a variety of beautiful 3D environments.

Complete an episode and you’ll rescue a dragon friend which you can then play as in any of the levels. All dragons have their own unique abilities like gliding or climbing walls, and they can be essential for completing later levels.

If you don’t have enough time to complete a whole level, you can play quick play mode instead which offers a faster-paced adventure. Here you’re challenged to collect as many coins as possible while being chased by a ghost, and earn rewards based on how many you manage to collect.

There’s also a multiplayer tournament which pits you against three other dragons in a race through a level, and you can use all of your dragon’s abilities to try and stop them. It’s a ranked mode and you’ll earn more rewards the higher up you rank. 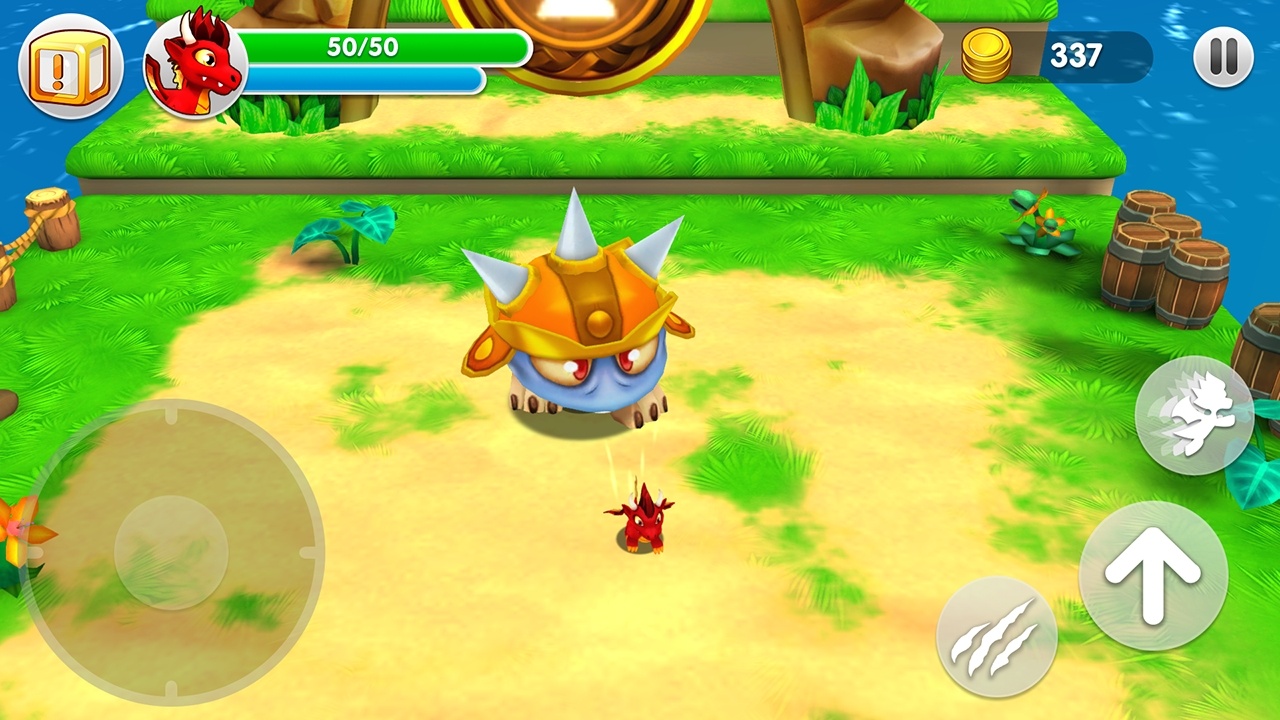 If Dragon Land sounds right up your alley, you can get it right now for free [download].