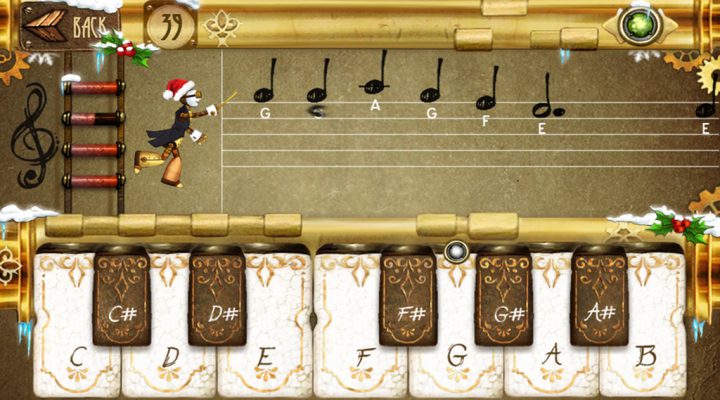 You’d be hard pressed to find anyone who doesn’t love music (even if it’s just the soundtrack to their favorite game). But for those of you trying to learn how to play it, we know it can be a bit of a chore. Luckily you can find some help with Note Fighter, an app that helps young musicians brush up on their note reading skills whilst having some fun. Developed by MythicOwl, the app was released on iOS and Android this year and has just received a festive update.

The game transforms your mobile device into a one-octave piano. You have to tap the keys as notes scroll across the screen on the staves above towards a steampunk conductor called Steamy. Tap the correct key at the correct time, and Steamy will kick the note out of the way – but mistime or mistap and he’ll get hit.

Musical pieces available to select include works by Beethoven, Pachelbel and Mozart, which are divided up into three difficulty levels based on how challenging each piece is to play. If you need some help getting up to speed, there’s also a handy practice mode which slows things down for you. 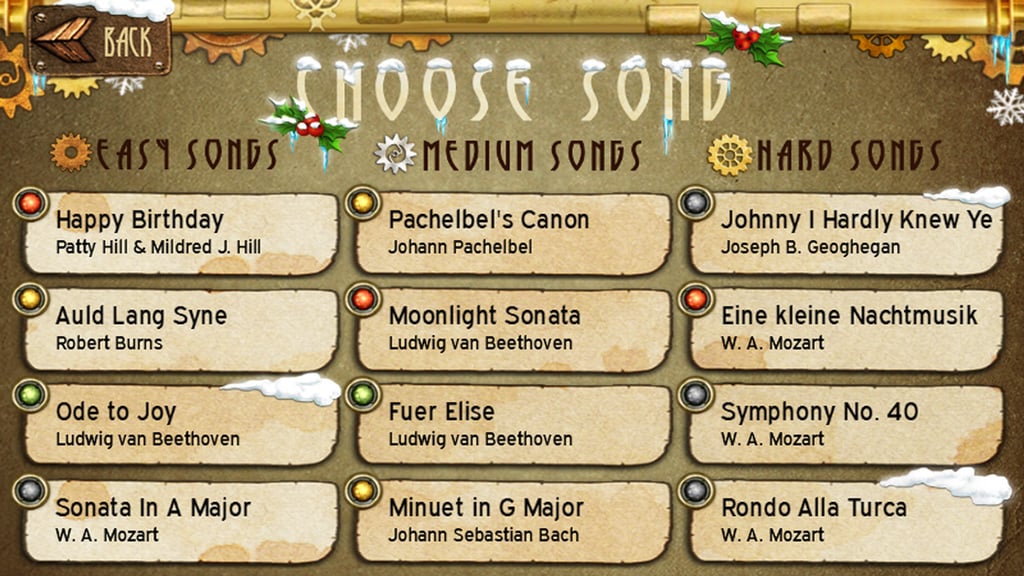 The new update also injects some suitably seasonal cheer, adorning the game with Christmas decorations and a touch of frost (even Steamy is getting into the Christmas spirit with a new festive hat). On top of that, there are some new carols to test your reflexes on too, including Quickly On To Bethlehem and We Wish You A Merry Christmas.