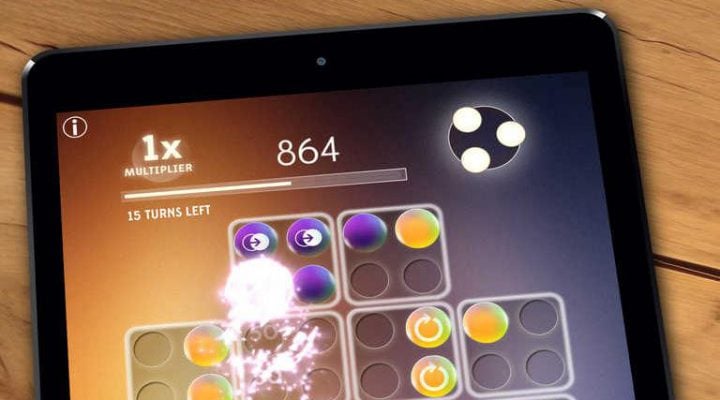 Puzzle fans, rejoice, for there is a new puzzle game in town that features a whole new mechanic that you’ll never have seen before.

BlastBall MAX is that very game and, rather than feature irritating genre trends such as a timer, randomness, or tacked-on mechanics, it focuses on what developer Monkube believes is the most essential aspect: giving you pure and fun puzzle gameplay.

Upon starting a game you’re greeted with a grid made up of squares and each square has four circle shaped holes in it, some of which are filled with yellow balls.

At the bottom of the screen you have a selection of yellow balls of your own which you can fling into any of the empty circles on the grid and ‘blasts’ all other balls near it, provided it’s joined by at least five balls in a row. 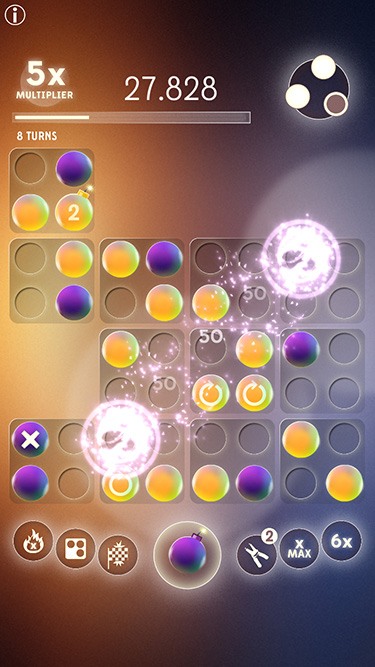 That’s the goal and at this point the outermost balls will disappear and you’ll be rewarded with points. This is also when the unique mechanic really comes into play.

The middle ball switches colour and is given a special ability of its own which will completely change the dynamic of the whole game. It’s pretty cool.

There are a variety of boosts to collect to give you a helping hand during the game. For example, there’s a ‘Multiplier Maximizer’ which maximizes your multiplier if you blast a row with eight balls in it. 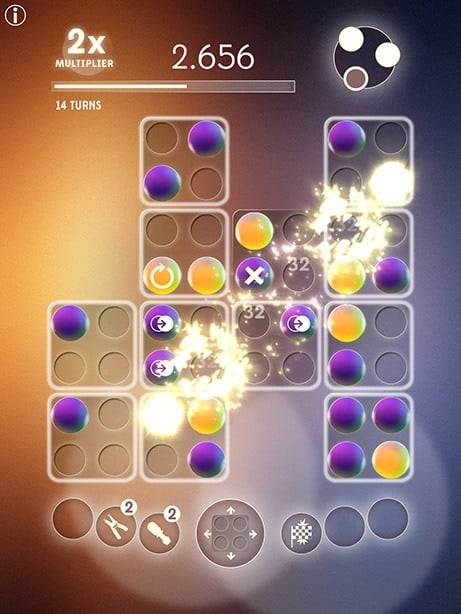 There are 90 missions to complete in this hefty premium game that rewards you for purchasing the game by offering real value for your money.

So head on over to the App Store [download] to get blasting those balls today.