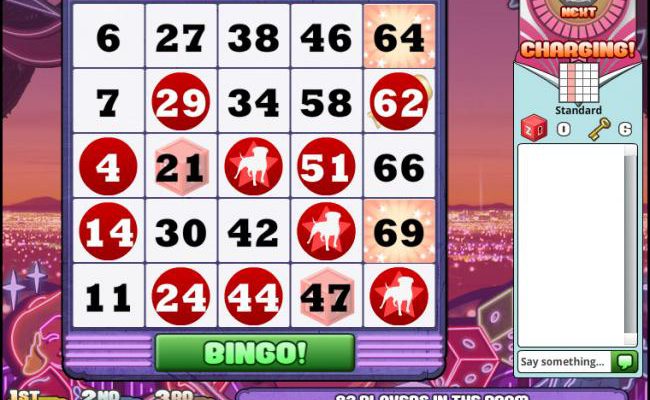 What can you say about the recent wave of new Facebook bingo games that hasn’t been said yet? Well, up until today, you could say that top social game maker Zynga didn’t have one. But with the launch of Zynga Bingo, such is no longer the case. With the behemoth now joining the fray, it brings a polished rendition of the increasingly popular game type, and with it, a handful of slightly more unique mechanics. That said, as polished as it is and regardless of its new inclusions, it is still, ultimately, just bingo.

Zynga Bingo follows the standard gamut of rules that associate themselves with the game of bingo. Using a currency called “tickets” that regenerate over time, participants can purchase one or more bingo cards. Typically speaking, game rooms contain several dozen players with the first ones to have five called grid spaces in a row winning. Winnings aren’t limited to only first, second, and third places either, for there over 30 possible winners. However, the lower one’s ranking, the lower the payout. Thankfully even if one doesn’t win, they will still usually get something. 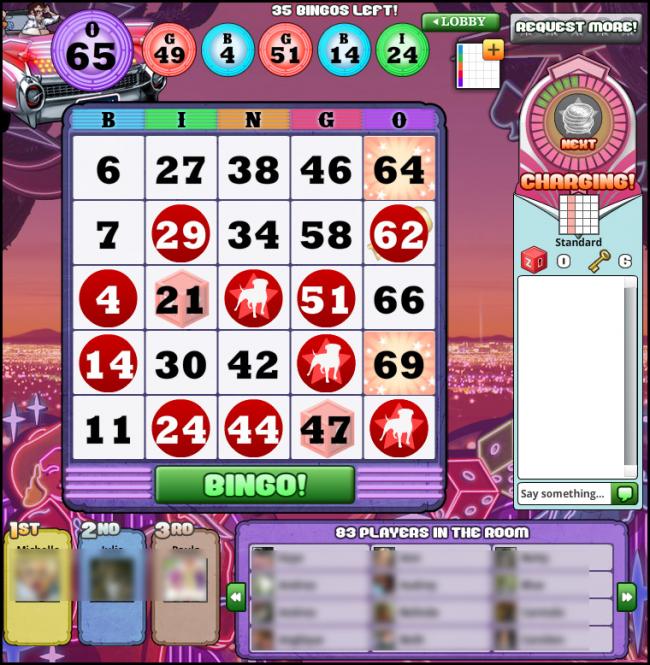 Part of that reason is that the game board is speckled with bonuses that grant rewards should a “daub” (the little red mark placed upon a called bingo space) be put upon one. These include currency bonuses, mystery crates, and the occasional power up. In fact, this is where Zynga’s new title tends to set itself apart from the competition.

It’s not that power ups are new to these sort of parlor games, but Zynga does a pretty decent job of it. As players place daubs, a gauge fills up. Once topped off, it can be used to activate a randomly selected, consumable boon from the player’s inventory. These include free spaces, extra coins, and so on. All are relatively useful, though the free space power ups are the only ones that aide the current game at hand.

Coins and mystery crates have their use too; though it is a little less direct. Zynga Bingo incorporates a rewards system that is made up of sets of items. With these items, players can complete a collection and earn bonus rewards that they cannot otherwise earn. However, the only way to ascertaining these goods is either by purchasing them or opening the noted mystery crates, from bonus spaces, with keys that are earned daily (some items can also be gifted to friends or earned by making Facebook posts). Additionally, collections vary based on level types. 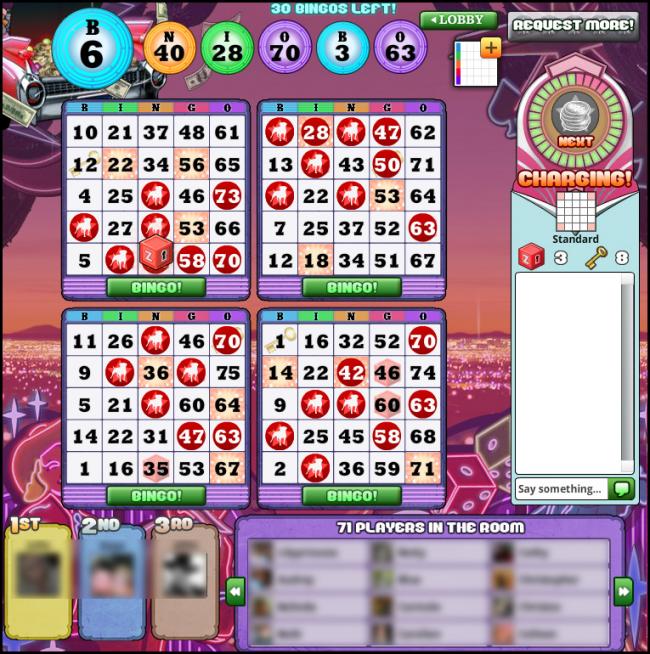 As an added perk to the app, there are several different themed game rooms that players unlock as they earn experience and level up. By completing these level-specific collections, more rewards — like an increase to the maximum number of tickets a player can have — are earned as well as new game rooms with different rules (e.g. Blackout Bingo) to play by. Also, as one of the polish elements of the game, the announcer changes along with the visuals with each theme. It’s certainly cheesy as he makes puns about what grid spaces are being called (especially in a faux pirate accent), but it is amusing nonetheless.

There’s nothing wrong with Zynga Bingo. For what it is, the game is enjoyable and well-polished, with the power-up system and item collection adding a bit of flair to a relatively standardized game style. All the same, however, even these extras are nothing wholly unique, and overall the appeal of the game is directly linked to the appeal of bingo. That considered, the game is a high quality bingo game, so while it’s still just bingo, it’s a bingo game that fans will be glad to call home.