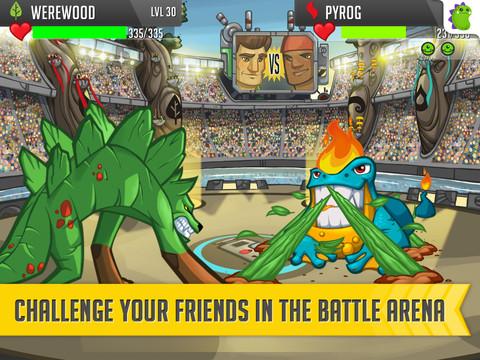 Another unfortunate victim of free-to-play shenanigans.

Nintendo handhelds are still the reigning champs when it comes to monster-collecting RPGs, but that hasn’t stopped a number of iOS developers from trying their hand at bringing a similar experience to the App Store. No one’s quite pulled it off yet but Zuko Monsters certainly shows promise. That is, until players face-plant into their first major paywall.

To Zuko Monsters‘ credit, there’s actually something of a story here as opposed to many other freemium titles. Some very large pointy-eared fellow is up to no good, which has something to do with beating up an old man in an alley and a rock of some sort, and players have to track him down and put a stop to it all. This equates to performing a number of various actions across several environments, ranging from capturing monsters to dueling rival trainers, and more. As with most free-to-play games there’s that ever-present real-time element that’s applied to most actions – but it rarely gets in the way for more than a few minutes. Notice I said “rarely.” More on that later.

Battling other trainers or outright fighting wild monsters is a good way to earn experience and level up a team, but there are also special tasks that can be found throughout a given map and assigned to specific monsters as an alternative. Giving one critter a specific job will make it unavailable for a set amount of time, but it’s also a great way to strengthen monsters without actually playing, which is ideal for those times when the iOS device needs to be put away for whatever reason.

Zuko Monsters also has some impressive visuals, at least during monster battles. Each creature has a unique and very stylized look almost reminiscent of Saturday morning cartoons. Similarly, their given elements (water, fire, etc) can be picked out at a glance most of the time – which makes knowing which monster to use for which fight pretty easy to figure out. The addition of some light interactive elements in the combat (i.e. tapping on circles for bonus damage) also helps to enhance the overall package, although it’s not an incredibly deep feature.

For the most part Zuko Monsters handles the free-to-play model with finesse. Healing monsters can be started and stopped on a whim, recharge times for tasks and wild monster hiding spots aren’t unreasonable, and once a sizable team is gathered it’s easy to rotate the injured out and keep playing. However, the gauntlet used to capture these monsters completely disrupts the flow of what is otherwise a perfectly enjoyable game. From the outset this gauntlet has a maximum of ten charges, and different monsters require more charges to attempt to capture. Sounds reasonable enough, right? Well each charge (as in 1 out of 10) takes several hours to refill. If the most a monster took to capture was 2 charges it wouldn’t be so bad, but there are some that take up to 6 per attempt. This has resulted in a couple of failed captures of a 4-charge monster forcing me to sit and wait overnight for the gauntlet to refill simply so that I can try again. Why don’t I just move on and come back to it later? Because I need this specific monster on my team in order to progress. And seriously, it’s been well over 12 hours; how is my gauntlet still not fully charged? 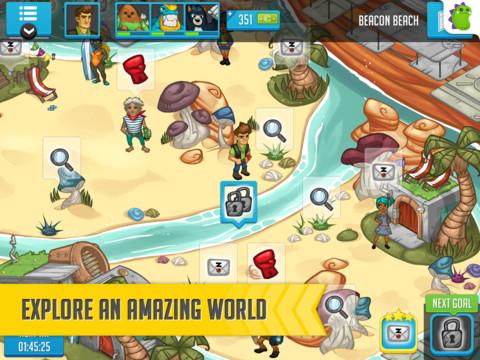 I was really enjoying Zuko Monsters until all this gauntlet recharge business got in the way and totally killed it for me. Sure there are still things to do even without the use of the gauntlet, such as simply fighting monsters and trainers or completing tasks, but to kneecap players’ progression so thoroughly still seems like a gross oversight. At best. It also turns what might originally be viewed as fun little extra tasks into “stuff to do while stuck in limbo.” And limbo really isn’t much fun.