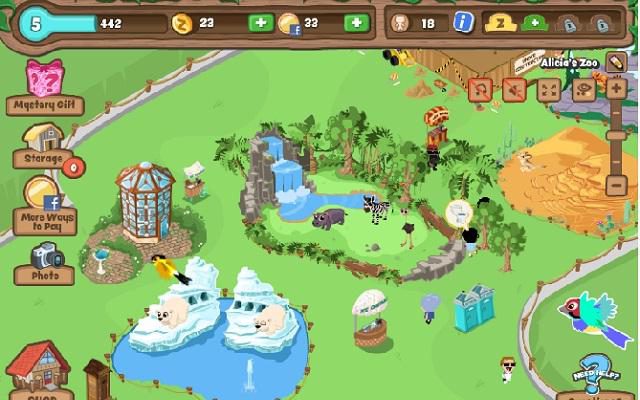 Some social game genres explode, all but taking over Facebook within a matter of weeks. Aquarium games, farm sims, and city builders have all followed this pattern. Zoo sims like Zoo Paradise are a different story entirely. This genre has built itself up slowly over time, largely ignored by some major developers. Zoo sims generally involve running a virtual zoo by putting animals in habitats, then maybe playing mini-games or doing little jobs to keep your zoo clean during the downtime. At heart they’re tycoon games that prey upon the Internet’s love of adorable animals.

Zoo Paradise is probably the best zoo sim to date. Its features are standard, but implemented with polish and attention to detail. 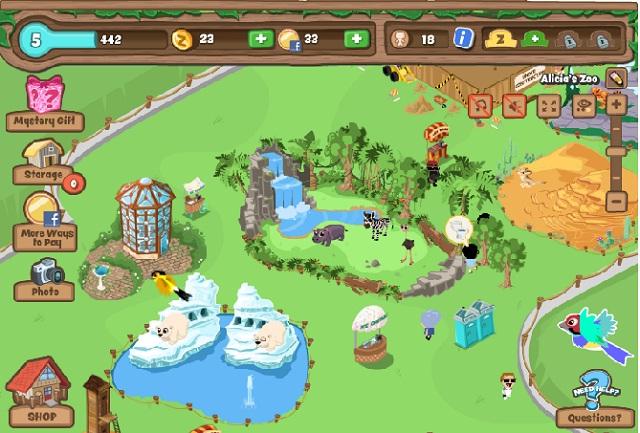 A game of Zoo Paradise begins with an empty area you need to develop into an attractive zoo. You choose which animal habitats to buy and where to place them, then fill them with appropriate animals. If you max out the number of animals a given habitat can hold, then it’s time to upgrade. Some animals, like the cheetah, can fit into many different habitats. Once you’ve got your zoo stocked with animals, then you need to decorate it with rocks and plants, add in some concession stands, and of course make sure there’s plenty of clean bathrooms. Everything you add to your zoo besides habitats, bathrooms, and decorates generates money over time. Bathrooms and decorations generate additional XP as you work on keeping them clean and attractive. 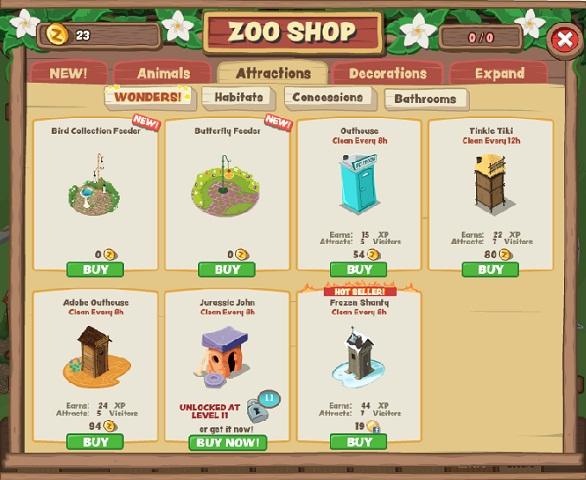 While you’re waiting to feed animals or finish upgrades, Zoo Paradise offers some random events to keep you interested. There’s a finch-collecting mini-game you can play to build up a free bird attraction for your zoo that involves checking all around your zoo map for particular flying finches. You collect the bird when you click on it successfully and then can earn unique birds by having friends send them to you. Random coins appear around the park, as do random chunks of litter you need to clear away for XP. A match-3 minigame and a very easy trivia minigame also spawn randomly once per day, offering extra money. Socially there’s not much to do in the game besides visit a friend’s zoo and send gifts. 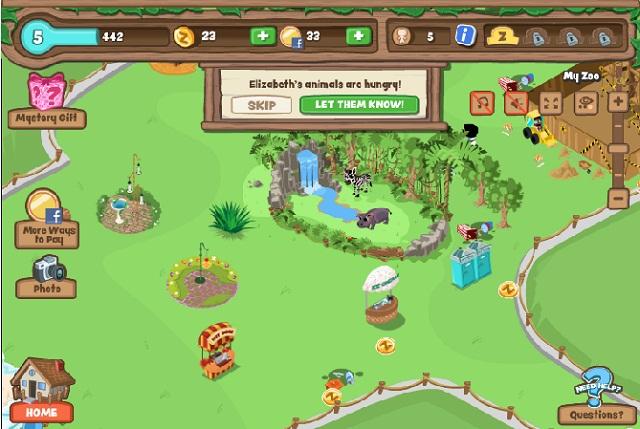 Zoo Paradise‘s implementation is nearly flawless. The worst that can be said about the gameplay is that since upgrades take awhile, you spend a lot of your in-game time looking at buildings under construction. In some games that would be depressing, but CrowdStar has gone out of its way to make sure Zoo Paradise‘s visuals and sounds are completely delightful. Everything you do in the game is accompanied by detailed animations that are fun to watch. Animals are cute and will wander around their habitats, doing things you’d expect to see them doing. The sounds you hear in your game are affected by choices you make: you hear muted sounds of building during construction periods, or hear a coyote howl every so often if you’ve added one to your zoo. Zoo Paradise is the rare social game that is genuinely fun to look at, which really does make it more engaging than its less-attractive competitors.

iSlice: Cut it Up! Review