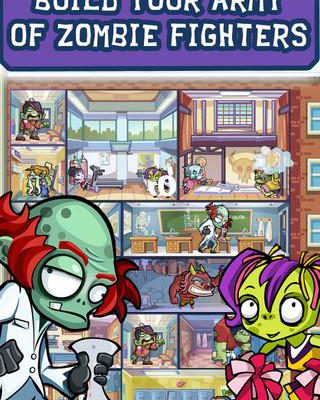 Zombie Takeover is definitely good, but it won’t “takeover” your life

We’ve played a good amount of tower games by now, and I’d have no problem saying that there doesn’t really need to be anymore. Zombie Takeover distances itself from these games by adding additional gameplay elements not found in alternatives. While it’s easy to dismiss Zombie Takeover as “another tower game” or “another zombie game”, it actually has a good amount of originality and fun to keep you coming back for more.

Like many others before it, you have to build a tower from scratch, albeit with a bit of guidance from the zombie general. The difference here is that the rooms aren’t for tenants, businesses or lodgers, but for undead fighters you need for your army. Having to grow an army is where the ‘takeover’ portion of the name comes into play. 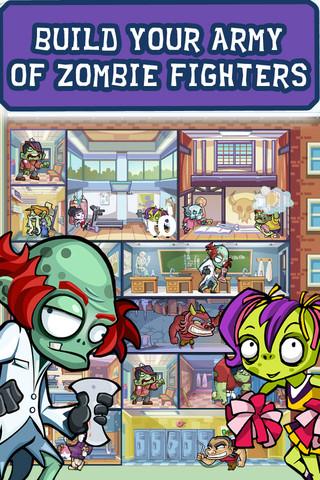 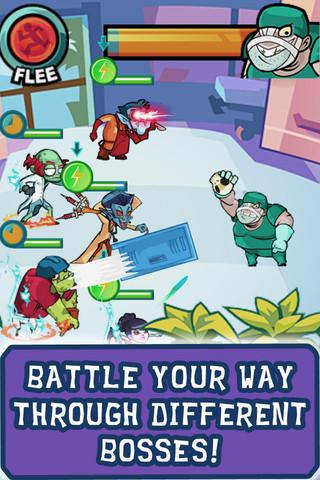 By building this army, you’ll eventually be able to attack neighboring buildings that are full of humans. Attacking isn’t as hands-on as you might think though, as you are just sending your zombies in and hoping they come back alive (or at least half-alive). A more active approach would have been preferable, simply because you feel helpless during fights.

Besides building more rooms in order to recruit more fighters, you can also upgrade your existing zombies by feeding them and summoning minions for them to use. You get both food and minions by building alternate rooms for them to work in, and then waiting for things to finish.

I realize that in most freemium games, the deck is always clearly stacked against you. For the most part Zombie Takeover avoids this stigma, except when it comes to expanding your building. Having a café, fighters, and summoners all living in the same building means it can get full pretty quick, and the expansions tend to be very expensive, so your progress can come to a halt just as you’re getting started if you’re not careful (unless you want to spend real money to progress, that is). 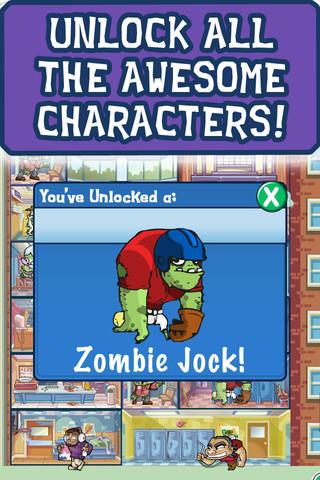 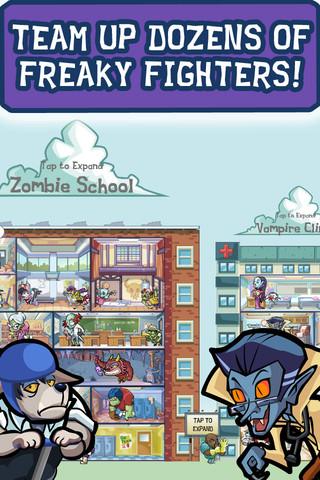 Besides the combat additions, Zombie Takeover is pretty much exactly like other tower building games. You build some new rooms in your buildings, collect from them, complete a set goal once in a while, and then you repeat all of these steps over and over until you either run out of money or zombies to fight with.

An interesting omission to Zombie Takeover is any kind of social features. Why the developers left out what is usually the core of these types of games out is beyond me. Perhaps they couldn’t come up with a fun way to have you visit your neighbors (besides attacking, which would be obvious).

Zombie Takeover is one of those games that ends up feeling average in every respect. The tower building is very paint-by-numbers with nothing new to report in that area, while the attacking mode could have used a good fleshing out. I would recommend you check out Zombie Takeover to see if the attacking segments are your style, because that’s the only part of it you’ll bother coming back for.