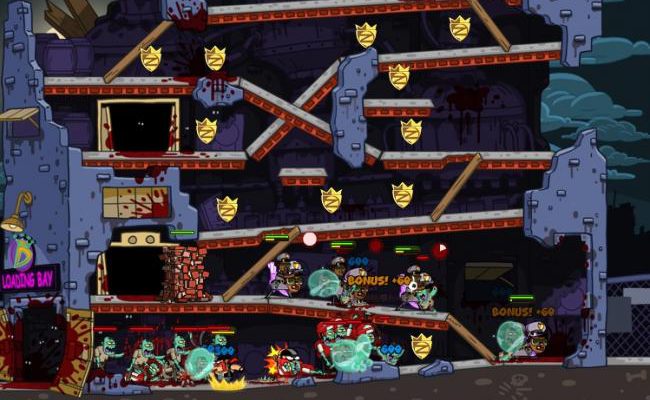 Fighting off the undead has rarely been this fun

This holiday season Facebook gamers are in no short supply of zombie romps to choose from. Adding to the heap of undead fanfare is Zombie Misfits by Nexon. It doesn’t offer anything particularly new in the way of a tower-defense formula, but it’s certainly one of the most entertaining games of its kind.

Zombie Mistfits is an arcade-style tower-defense (TD) hybrid in the vein of Defender Chronicles (iPhone). There’s some great tongue-in-cheek humor sprinkled throughout the game, but you won’t be playing for the story. The package is filled to the brim with content, and the gameplay progression is paced amazingly well. Though the design exhibits a few minor missteps, the game is great fun for hours on end. 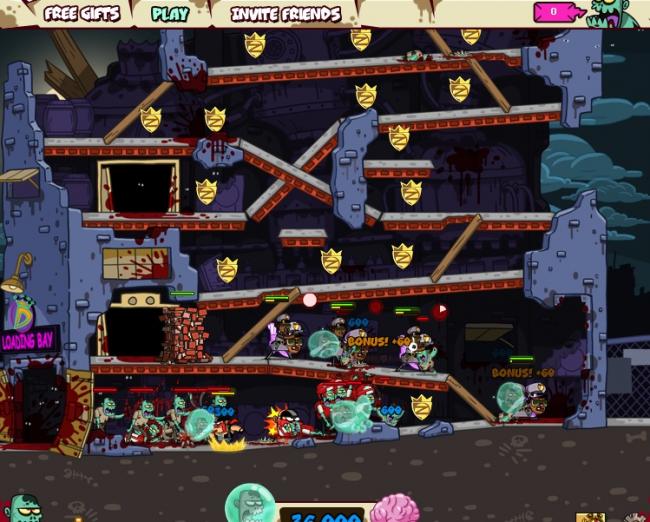 You’ll begin your struggle to fight back the zombie infestation with two defender units that can be placed onto preset stations within each map. The biker (a melee unit using a spiked bat) and trooper (ranged) make an adequate starting defense against the undead horde, but as you level up and progress through the game, you’ll unlock additional defenders, each with an ability that suits obvious TD needs.

In addition to your defenders, you’ll also have an arsenal of contraptions and first-person weapons on hand. Contraptions, such as the corpse wall and “the boot,” offer static defenses designed to slow down zombie waves, and weapons like the slingshot can be used in real time to help take out any zombies that may have slipped past your defenders. Weapons have a fairly long cool-down time, making them a nice, balanced addition to missions.

Both defenders and weapons can be upgraded with various items, giving them more firepower or additional effects, and you can unlock tier options for defenders using cupcakes earned in missions. The progression system in Zombie Misfits is perhaps its strongest asset. There’s so much to do, so much to unlock, and players aren’t limited in their playtime by in-game energy.

As you level up, you earn stat points that can be applied to weapons, contraptions or modifications, and random drops from zombies allow you to craft new contraptions. Anything you can’t make, you can buy at the shop. Weapons and contraptions are unlocked based on the amount of points you’ve invested into a particular stat, giving players some wiggle room to suit their preferred play style. Zombie Misfits offers an insane amount of content for the price (free). 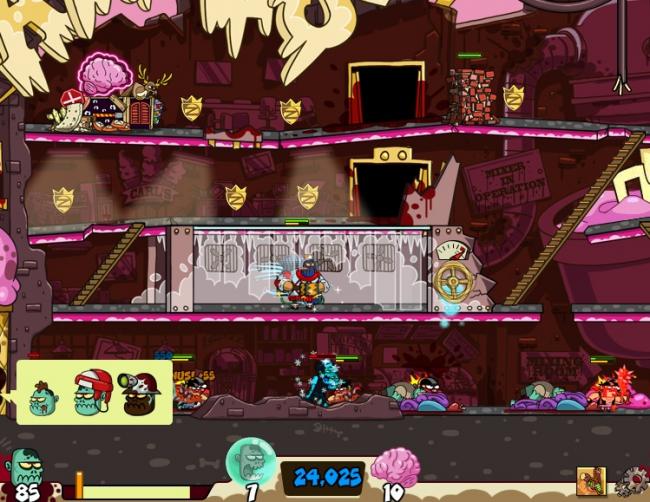 The game isn’t perfect, however. There’s no full-screen option, which means you’ll have to manually scroll the view when playing on the game’s larger maps – a design choice that’s a bit clumsy for a TD game. Additionally, calling up options for your defenders can be a tad finicky, making it difficult to level up defenders or use their charge attacks in the heat of battle. These issues never stand in the way of warding off waves of undead, but they do leave a slight blemish on an otherwise excellent game of tower defense.

When it comes to presentation, Zombie Misfits never stumbles. The game has a great, fun look, with fitting music and sound effects. The game’s whimsical characters do an excellent job of walking players through the basics.

As far as tower-defense games go, Zombie Misfits isn’t breaking any new ground. But when it comes to giving players value for their time, this game surely raises the bar. It’s fun, funny, and full of great content that will keep players coming back long after the trick-or-treaters have all gone home.