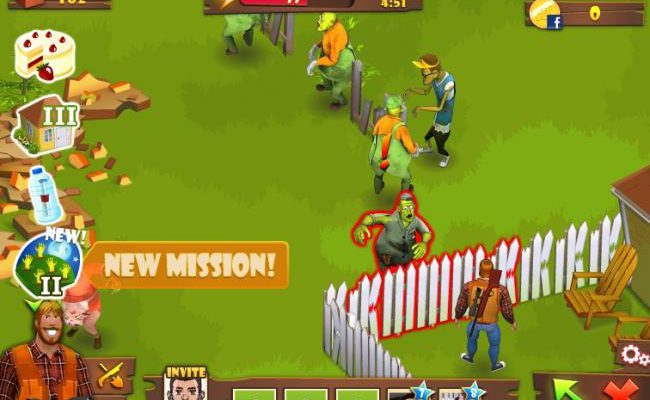 There are plenty of games on Facebook about farming and building up a home or neighborhood. But not many of them have zombies. Or shotguns. Or flaming boxing gloves. So while Zombie Lane may share the same core gameplay as plenty of other social titles, it manages to differentiate itself with a goofy sense of humor and over the top characters. You’re not just rebuilding your home, your rebuilding civilization. While whacking zombies with shovels.

Zombie Lane starts at the end of the world. You’re in a suburban neighborhood that has been almost completely reduced to rubble, except for the crumbling shack that once was your home. Oh, and the landscape is full of moaning, brain-hungry zombies. Thankfully you have Rob the Rent-a-Cop to help guide you through this strange and scary new world. You’ll rebuild your home, reunite with your wife and dog, and eventually try and restore your neighborhood to its former glory. 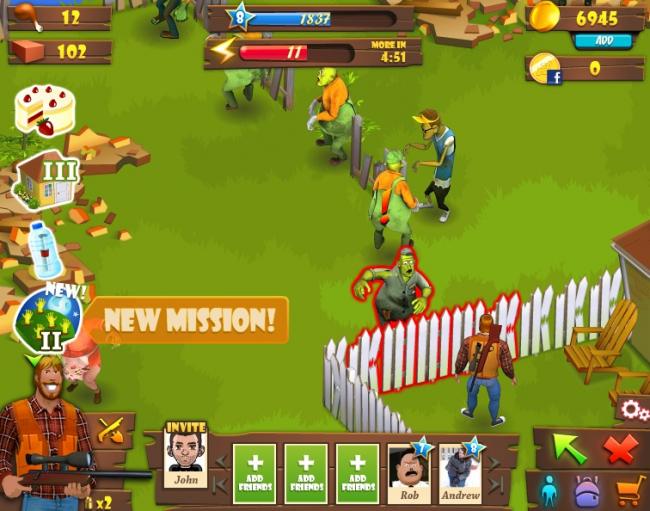 In spite of the obvious thematic differences, Zombie Lane has quite a bit in common with FrontierVille. You’ll have to clear the land of debris to build things, you can grow crops that turn into energy-filled food, and the combat mostly revolves around simply clicking on enemies. If a zombie attacks you, you’ll be stunned for a few moments but no other harm is done.

But there are plenty of twists on the formula that help give Zombie Lane its own unique feel. Combat has been made somewhat deeper through the inclusion of different types of weapons. You’ll start out with nothing more than a shovel to defend yourself, but eventually you’ll unlock different guns and you’ll even be able to craft your own weapons from items you collect. Pour some motor oil on a pair of boxing gloves, and wham! You’ve got yourself a pair of flaming boxing gloves. The more powerful weapons come in handy, because as you progress you’ll face off against tougher and tougher undead enemies,

There’s the now-prerequisite quest structure holding the game together, and there’s a nice variety of tasks to complete. You may have to grow a certain number of crops or collect a certain number of items, and there are also timed goals that will task you with killing a certain number of zombies within a specific time frame. Some of these goals are one-offs, while others contribute to larger goals such as reuniting with your spouse. While there isn’t really much in the way of a story in Zombie Lane, the quest system helps adds a loose narrative structure that makes you feel like you’re actually building towards something. 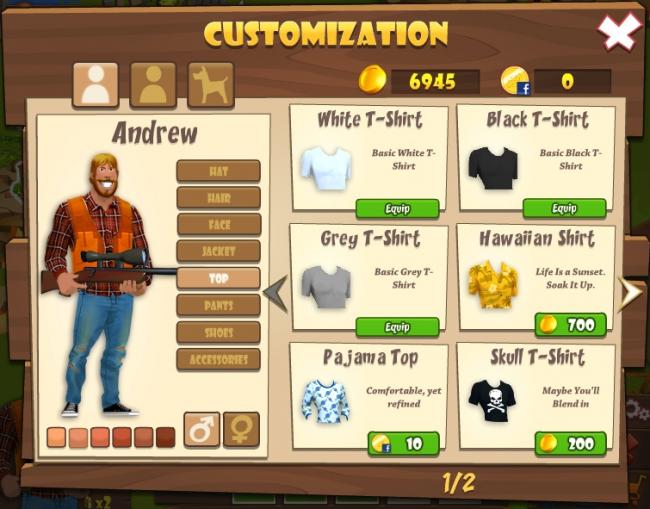 The subject matter may be grim, but Zombie Lane is far from a grim game. Much of your time is spent killing zombies, but the violence is more slapstick than gory and zombies will simply disappear once killed. A lot of this is due to the stylized, colorful presentation. Zombie Lane sports smooth and charming 3D visuals, with distinct characters and solid animation. The soundtrack, too, has a very fitting horror crossed with comedy vibe.

The core game may not be all that original, but Zombie Lane still feels like a fresh experience. From the wonderful presentation to the engaging quest system, this is a game that manages to make surviving the zombie apocalypse fun. And it will teach you the importance of keeping a shovel handy.