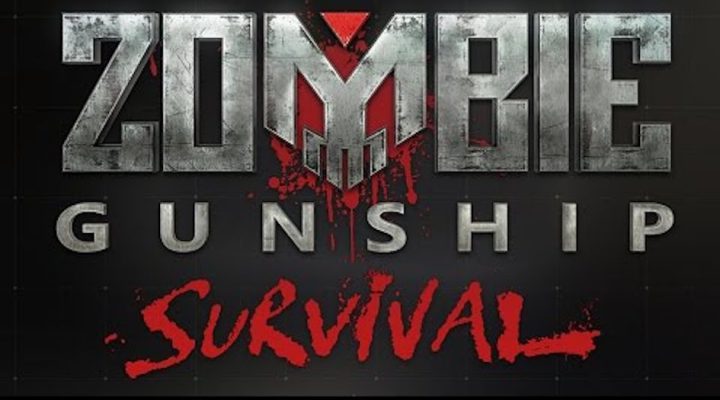 Base building is very run of the mill

Not entirely unlike Zombie Gunship, we find ourselves with Zombie Gunship Survival – a game that’s one part zombie shooter, one part base building. In both cases it isn’t entirely successful, and you’ll find yourself a little overwhelmed by the zombie hordes. Still, that makes sense given what you’re dealing with, right? 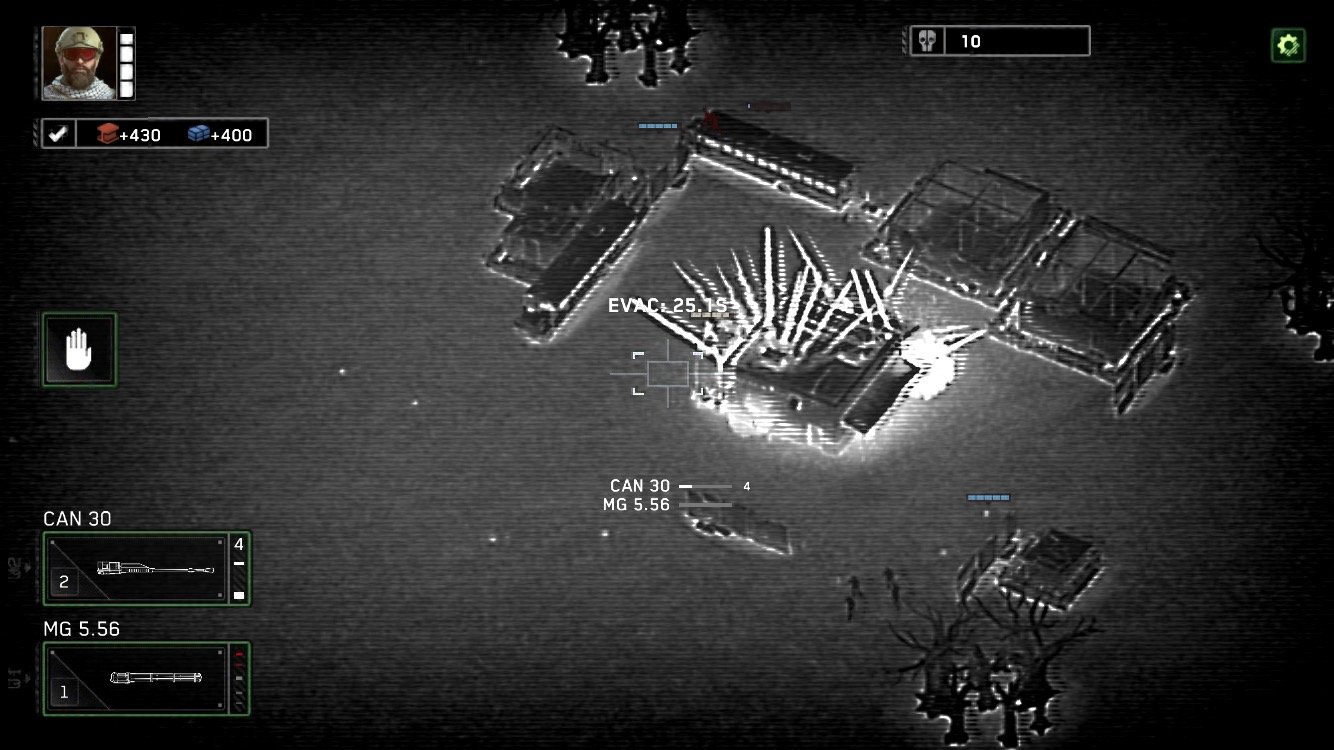 You control one of the few survivors of a zombie apocalypse. You’re spending a significant amount of time in the sky, aiming your AC-130 ground attack aircraft at the zombie hordes coming at the precious survivors beneath you. Attacking is a matter of using one finger to drag your focus around while the other side of the screen dictates what weapon you use. It’s simple stuff, which means it doesn’t feel overly tactile. Instead you’ll always feel a little removed from the experience. It’s mostly fine, but never more than that.

While on one of your excursions, you’ll be following the path of your survivor. Working kind of like other base building games, you place your survivor in a key place before leaving them to do their thing. They’re bordering on stick-man like, as they slowly wander from building to building, collecting resources. You have to keep an eye out for zombies hanging around nearby. They can come out of zombie nests, giving you some insight into where they’re going to come from. It’s all reasonably obvious stuff, but things get tricky when you consider the amount of zombies involved. They’re pretty tough, and require a lot of hits to kill. Considering your weapons can overheat and jam for a time, this isn’t convenient. Watching as your survivor gets battered simply because your gun needs to cool down is never a happy occasion. 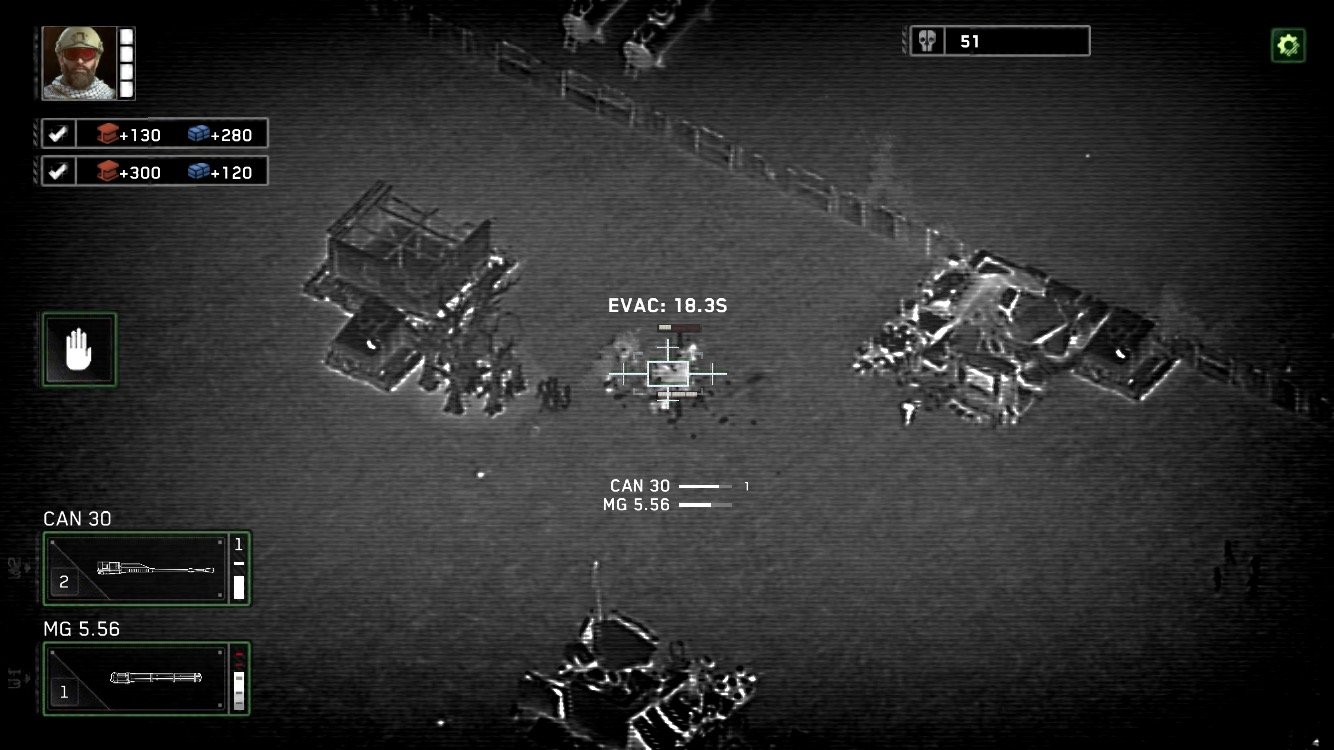 It’s ok, though. After each mission, you return to your base and can spend some time upgrading your weaponry and capabilities. Zombie Gunship Survival is as much a base-building game as it is a shoot’em up. That means good and bad things. On the plus side, you can work on improving certain areas that are weak and in need of repair. You need good defenses, for instance, when dealing with particular scenarios that have zombies trying to break in.

As a downside though, you have to contend with multiple timers and some pesky premium currencies to consider. Early on, none of this might be much of an issue, but it soon builds up. You’ll soon find yourself having to wait around or needing to upgrade one building just so that you’re able to upgrade a different one. It’s not exactly gripping either, given that Zombie Gunship Survival offers a very dark and bleak interface. This really does feel like survival rather than enjoyment. 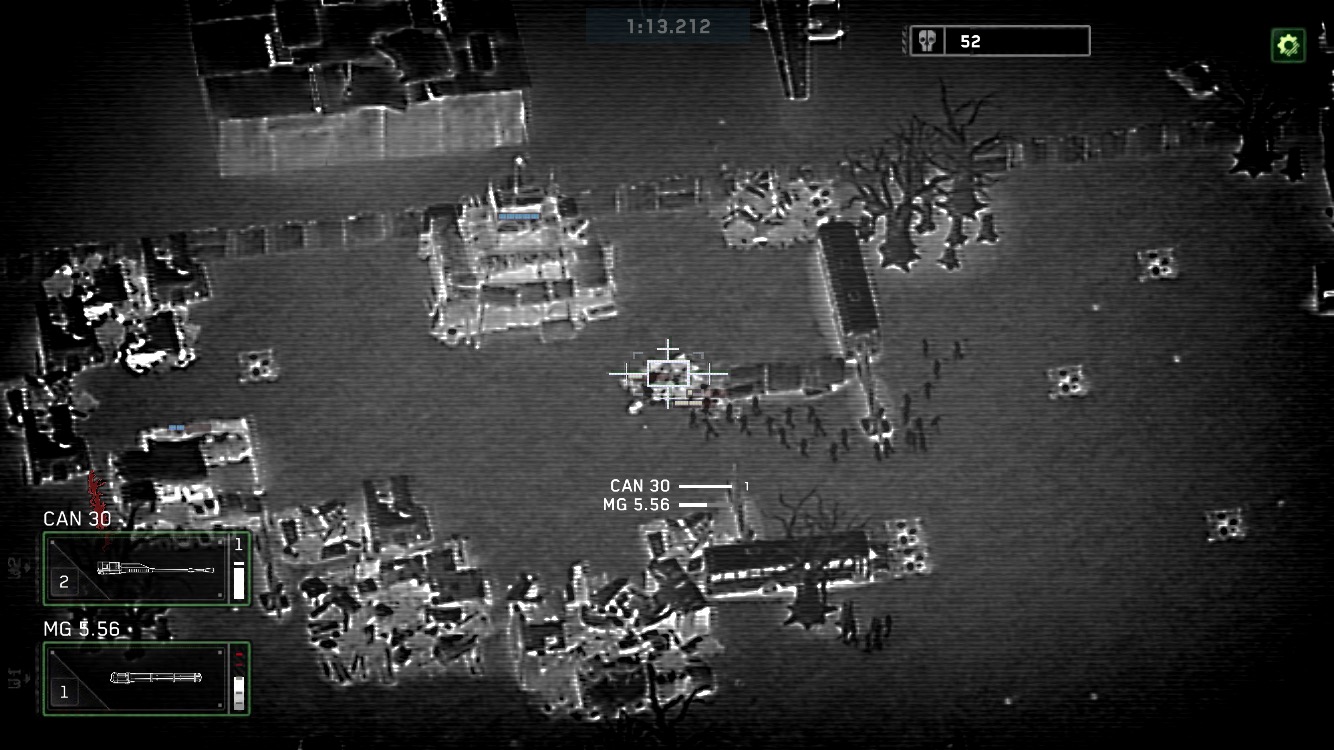 Of course, it’s fun when you do upgrade your weaponry to something pretty cool and effective. You’ll feel that little smug feeling of contentment, until things get tricky all over again. And so the cycle repeats, ad infinitum.

Zombie Gunship Survival offers some objectives to aim for, but there’s no real sense of progression. It just plods along in a bleak way that would probably be quite realistic, given the circumstances. That doesn’t make for the kind of game that’s going to lure you back at regular points. Shooting zombies might be fun for a brief time, but you’ll soon feel underpowered and overwhelmed. There are better shooters out there, and far better base building games too.