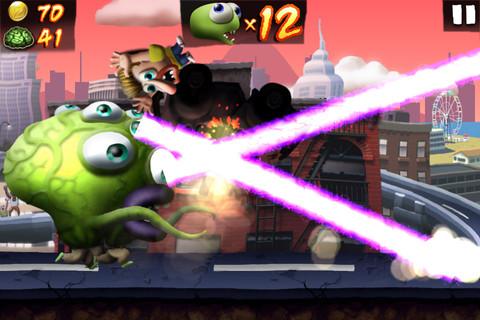 I have a confession to make. Upon seeing the words “Zombie Carnaval“, I assumed it was the cutely misspelled title of an undead carnival sim. I judged a book by its cover, and I was wrong. There’s a clear lesson to be learned here, but this probably isn’t the correct venue for that. Instead, let’s talk about the game itself, and its unique (and zombie-tastic!) take on the endless runner genre.


In terms of actual gameplay, there’s nothing all that different about Zombie Carnaval. You run left to right, dodging obstacles and crossing gaps. Pretty typical stuff, all things considered. The real difference lies in the game’s protagonist: A league of zombies that grows every time you encounter and eat up a person.

Unsurprisingly, managing this gang of the undead gets progressively more difficult. I lost a few to poorly-timed leaps over gaps, to oncoming traffic, and even to randomly placed bombs. Such are the risks you take as a brain-eating creature, and it makes the game all the more intense.


Taking the “if it ain’t broke” approach, the game possesses a control scheme traditional to the endless runner genre. A tap of the screen causes your league of zombies to jump, and that’s all there is to it. The occasional power-up — such as the double-jumping ninja — change things up a bit, but for the most part Zombie Carnaval plays just like most endless runner games on the App Store.

Of course, the gameplay isn’t entirely flawless. The camera felt a little too close to the action, making it difficult to react in time to oncoming cars and bombs. This would be an instant death in most endless runners, but it only leads to the loss of a single zombie here. If no zombie manages to clear a gap, though, that results in an instant game over. If only zombies could fly. 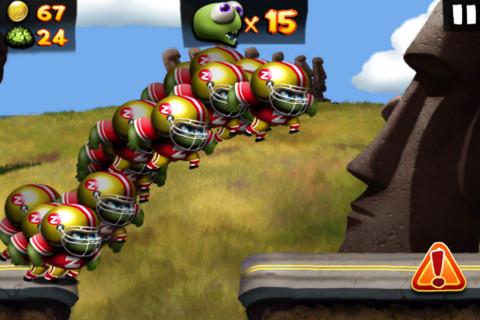 Those who are sick of losing their zombies to bombs or who can’t wait to beef up their team can purchase various power-ups via in-game store. Things like zombie multipliers and packs of civilians are available, and can be purchased with coins earned from playing. Alternatively, you can skip that route and just purchase coins for a small fee. It’s easy to earn enough for many of the small-time items, but additions like alternate backgrounds will have you either playing quite a bit or opening up your wallet. Fortunately, the game is fun enough for the former of those two options to be viable.

For those who prefer to subject themselves to the whims of lady luck, amassing enough brains nets you a lottery ticket, and the chance to earn some interesting prizes. It sounds like somewhat of a dry addition on paper, but it inspired me to play longer than I would have otherwise. There’s something about the potential of winning something great that’s far more compelling than just purchasing something through an in-game store.

Achievement fanatics will feel right at home, thanks to the inclusion of meta-missions that inspire you to play the game in different ways. It’s something we’ve seen in quite a few iOS games, but that doesn’t make it any less appreciated here. What’s not to love about being rewarded for flipping cars full of the un-undead (also known as the living, if you want to be that way)? 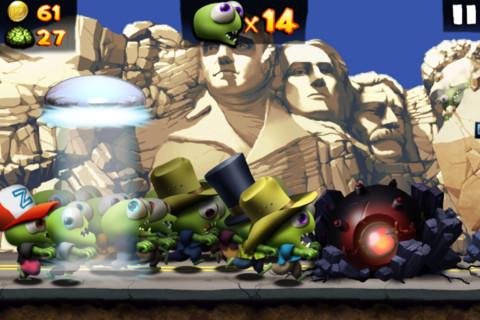 A lot of games throw in zombies in an attempt to capture the ever-changing gaming zeitgeist. This leads to their inclusion feeling a little tacked on, and ultimately pointless. In the case of Zombie Carnaval, though, they add an interesting element to a genre in dire need of innovation. The game adheres to the control scheme and tropes that most endless runner games possess, but it still manages to feel like something fresh. If you’re feeling a little burned out on the genre, here’s a game that very well may reignite your interest.