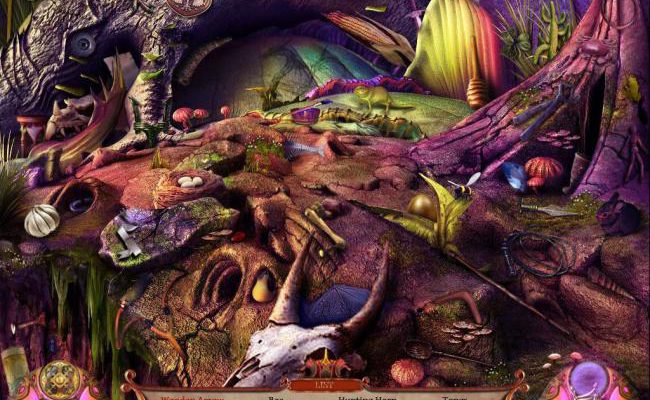 Zodiac Prophecies: The Serpent Bearer is one of those rare titles that gets everything right. You play as Amy, a 22-year-old horoscope fanatic, who uncovers a mysterious thirteenth zodiac symbol: the serpent. As the new serpent bearer, you’ll be whisked away to a mystical realm and embark on a dark adventure that has you solving puzzles, finding objects, and working to restore a crumbling land.

The story may not be the best I’ve ever heard, but it still gets the job done. The zodiac lore serves as a perfect backdrop for the lush and varied landscapes you’ll come across on your quest: from underwater grottos and crackling fire lands, to a lonely windmill that no longer spins. There are dozens of different locations to be found in the game, and the world map allows for a convenient fast travel system to go back and forth between them as you play. And backtracking to previous locations never feels redundant here, as every time you return somewhere you’ll have a handful of new items at your disposal to open up new puzzles, or gain access to previously unreachable areas. 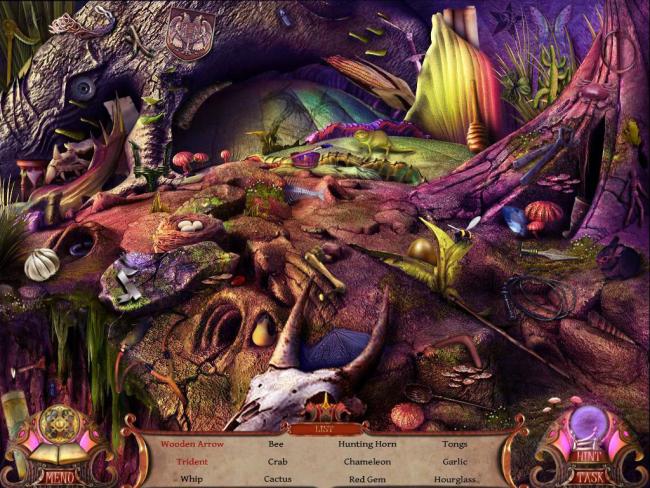 At its core, Zodiac Prophecies can be broken down into three main components: point-and-click exploration, puzzle solving, and hidden object gameplay. Each game mechanic is perfectly balanced, so it never feels like you’re only solving puzzles all the time, or looking for hidden objects at every turn. The game is all about utilizing items to help you progress further into the Dark Lord’s realm and free the souls of the twelve zodiac children. Some of these items are found tucked away in the actual game world, but you’ll get most of them for completing puzzles and hidden object segments. This makes solving the puzzles or finishing a hidden object level extremely rewarding, as you actually get something for all of your hard-earned efforts.

The puzzles are all quite inventive, and you’ll never find a single recycled idea throughout the game’s 10+ hour story. You’ll move from classic slider and gear puzzles, to a paint-by-numbers trial, to a physics-based mini-game that has you popping balloons with arrows, to drop a horoscope disc into a basket at just the right time. You never know what kind of new fun lies ahead, and that sense of the exciting unknown is one of the biggest strengths of Zodiac Prophecies. The puzzles have just the right amount of challenge to them too, with nothing ever too easy to the point of feeling effortless, or too difficult to the point that it halts your progress completely. Even when you do get a little stumped, the in-game hint system is simple yet effective, with a nice recharge rate that encourages you to take another look before you ask for help again. 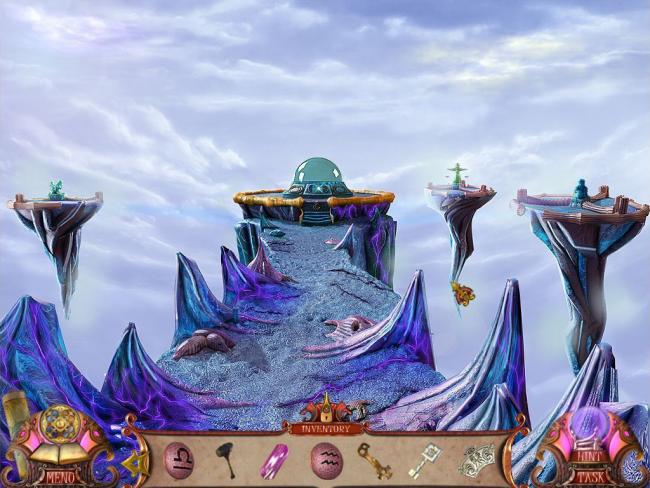 Despite how fantastic the puzzles are, it’s in the hidden object gameplay that Zodiac Prophecies really shines. In addition to the usual objects you have to find in each picturesque setting, some of these objects will be “incomplete” and must be put together or “finished” before you can actually click on them and scratch them off your list. For instance, one level tasks you with finding a “Coin,” which is hidden inside a piggy bank that must be broken with a hammer in order to be revealed. Another asks for “The Letter P,” which must first be drawn by clicking on a pen, and then dragging the pen to a blank sheet of paper. These are just a few of the game’s many examples, and they always keep things unique and interesting while you’re looking around. Sometimes two hidden object levels will reuse the same setting, but all of the objects on your list will be completely changed, and you’ll never encounter more than two instances of this.

If I’m really forced to be picky and find a fault with this game, I do have to admit that things can get a little formulaic the more you go on. Each of the four main areas you’ll traverse (water, fire, earth, and wind) will begin to follow the very same steps: find X number of horoscope runes and horoscope discs; use them to power up three zodiac statues and strengthen your amulet; go to the next area and rinse and repeat. I’m also not sure how much replay value can be had from Zodiac Prophecies once the main storyline is finished. It would have been nice to have a challenge mode that unlocks after you finish the game, or even a flashback mode that lets you go back and replay your favorite puzzles and hidden object levels.

But simply put, Zodiac Prophecies: The Serpent Bearer is fun.  It’s probably the most fun I’ve had with a hidden object game in a long time. There’s no denying the vast amount of content and diverse gameplay that can be had of this one. Zodiac Prophecies will take you on an incredible journey, and with so many memorable moments and puzzles that are hiding inside, it’s a journey you won’t soon forget.