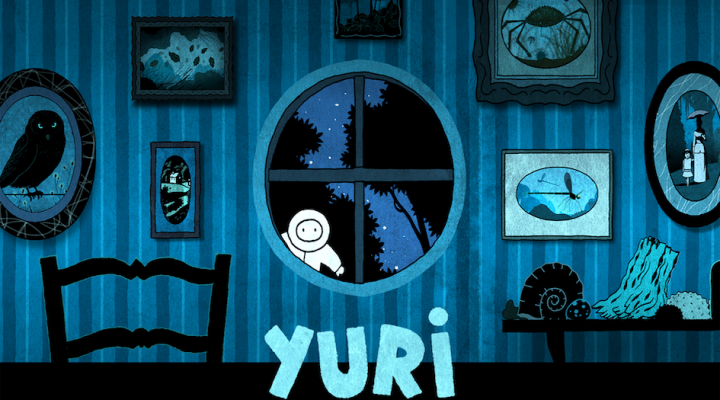 Tilt controls would be a good addition

Acattered among the plethora of free-to-play Match-3 games and farming simulators, the App Store also offers a pleasant number of more artistic titles. Yuri is one of the latest to join those ranks. With a visual style kind of like Limbo, and a control method that’s immediately intuitive, it’s a pleasant journey through a strange land.

The game features Yuri, a man who finds himself in a strange forest at night. Presumably part of a peculiar dream, he ends up riding on his bed through the mysterious place, negotiating rivers and canyons, as he discovers strange new things. It’s as unusual as it sounds but quite beguiling. Everything about Yuri ends up oozing classiness and style. 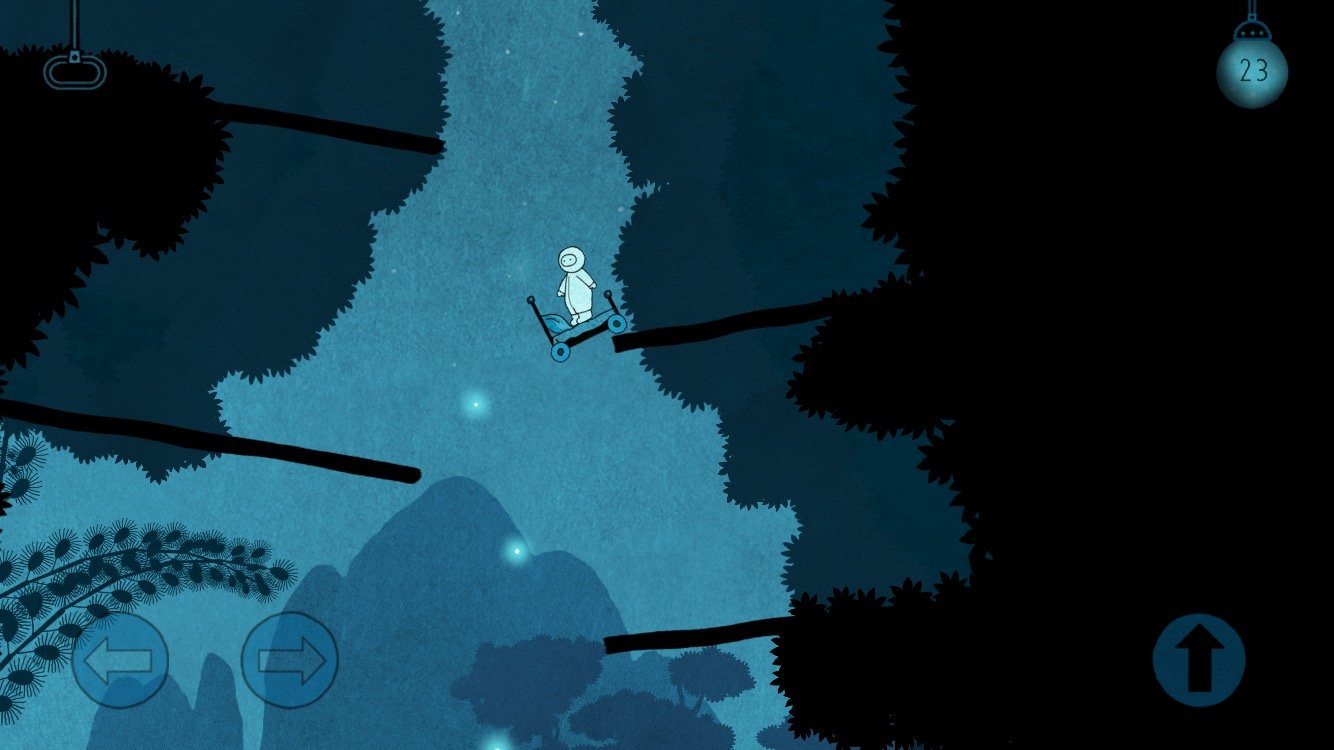 At first, it seems like a kind of runner game, but that undersells Yuri. A set of virtual buttons allow you to move left right, or jump into the air. They’re a reasonable size meaning you don’t have to worry about mistaps. You won’t find yourself missing tilt controls here.

Yuri glides through the landscape at a steady speed, immediately giving you a sense of speed and wonder. While you won’t have to backtrack hugely often, the fact that this isn’t an on-rails game means the option is always open to you. Sometimes you might find yourself looking around just for the sake of it. After all, Yuri can be as fast as you want to make it. 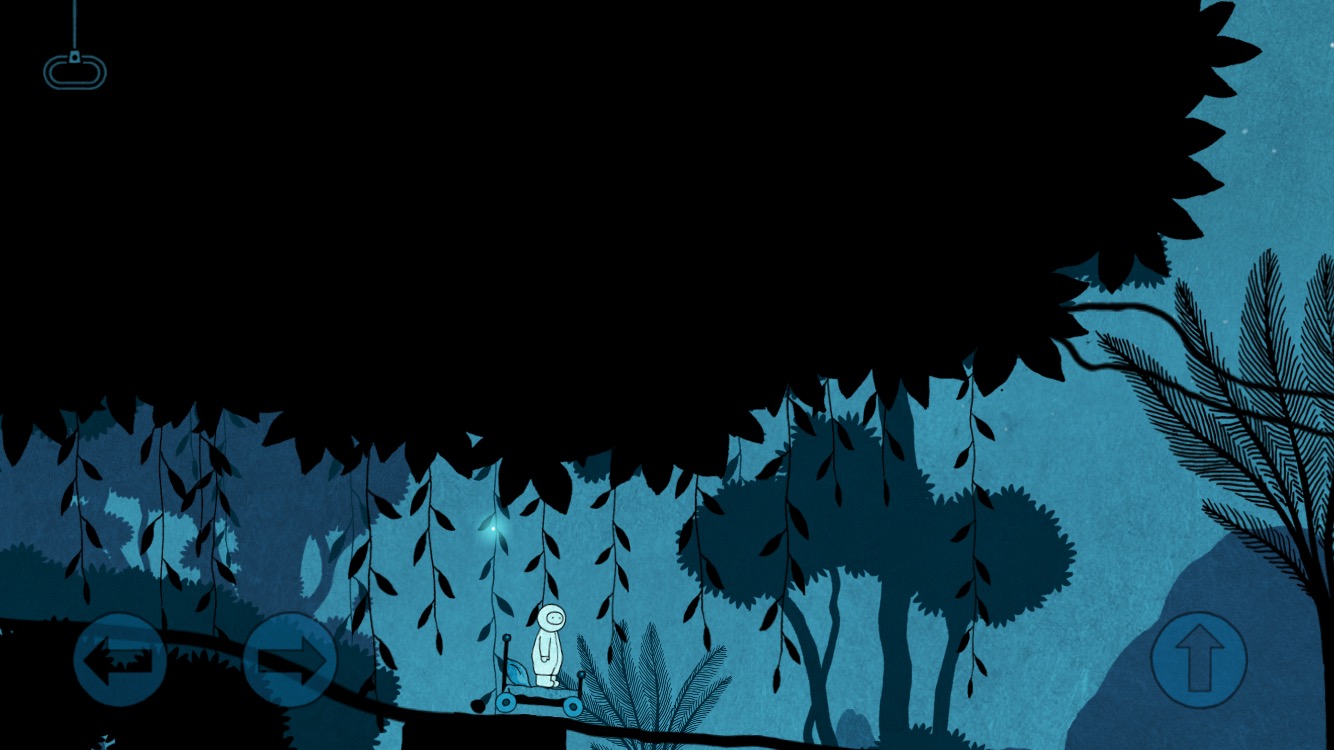 As you glide through the mysterious world, various obstacles emerge. You might need to propel yourself off sinking platforms, or jump from vine to vine. It’s all suitably in keeping with the theme of Yuri — being jungle-like but in a mystical kind of way. Failing mostly comes down to something like falling off a ravine. Yuri is fairly forgiving though, meaning you simply go back to an earlier moment in the game.

Enemies exist, but they mostly hinder your progress by slowing you down. Speed and momentum is important if you want to keep going here, so that can make quite a difference. Fortunately, you can leap over them relatively easily too. In a strange sort of way, Yuri’s mechanics almost feel like you’re playing a skateboarding game. Because you’re dealing with a guy on a bed, it has that same floaty feeling to it.

That ensures that you feel more open to experimentation in Yuri. Sure, you can’t perform any tricks, but it gives you a sense of freedom that you couldn’t feel if you were simply running around. Much of the satisfaction comes from pulling off multiple successful leaps, or traversing a large area within seconds. Another time, you might find yourself in a boat, having to jump out at key moments before jumping back in. It’s almost akin to some moments in a Mario platformer, evoking some pleasant memories.

Yuri provides ten levels, which doesn’t sound hugely substantial, but they’re fairly lengthy for the genre. You’ll feel you’re getting your money’s worth here, with plenty to sink your teeth into. Even if you do end up cursing that pesky ‘coming soon’ marker next to future stages. The production levels never dip, either. Yuri is constantly appealing. As you progress, you find yourself discovering new things and further enjoying the dream like qualities of the world you’re a part of.

When the ride eventually ends, you’ll be smiling. The hand drawn visuals, alongside the delightful musical score, reinforcing just what works so well for such games. It’s a delightful dip into a more artistic way of gaming. Yuri comes strongly recommended for fans of beguiling runners.