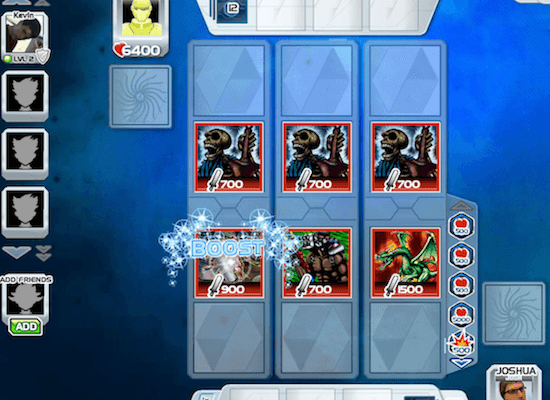 Yu-Gi-Oh! BAM might not be the best way to duel, but it’s definitely the cheapest

The Yu-Gi-Oh! franchise is one that spans two similar, but completely different worlds. The first is a popular anime series for young adults that features colorful characters in a world where simple digital card games affect everyone’s life. The second is a physical card game, categorized by its depth, challenge, and sky-high prices for competitive play. In an attempt to blend both worlds, Yu-Gi-Oh! BAMtakes the series to a new social freemium space.

Yu-Gi-Oh! BAMis similar to the original card game in that it borrows card art and concepts, but watered-down mechanics make for a much simpler game. There are no sacrifice summons, spell speed chains, fusions, synchros, or any of the deeper mechanics that the original game offers to be found. Instead, you’ll be playing a title that’s much closer to a modified version of the card game War. 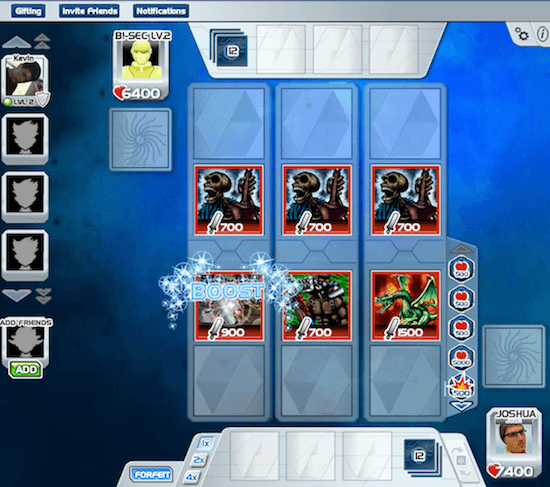 You’ll meet dozens of characters from the animated series across an expansive grid of single-player challenges. There are literally hundreds of unique duels across the entire campaign, spanning several hours to complete. And even if you do, you can always challenge a friend to a game with your own custom deck.

There are three monster/spell zones in Yu-Gi-Oh! BAM(as opposed to five in the original game), and each player brings deck of fifteen cards. Each turn, your hand will fill to a maximum of three cards from the deck. Once both players have selected which zones they want to drop their spells/monsters, tapping the “Bam” button will cause everything to collide head-on.

Long story short, monsters with more attack will destroy the weaker monsters and inflict damage to their opponent’s life points. While spells and effects constantly alter the playing field, the entire game centers on this straightforward mechanic. 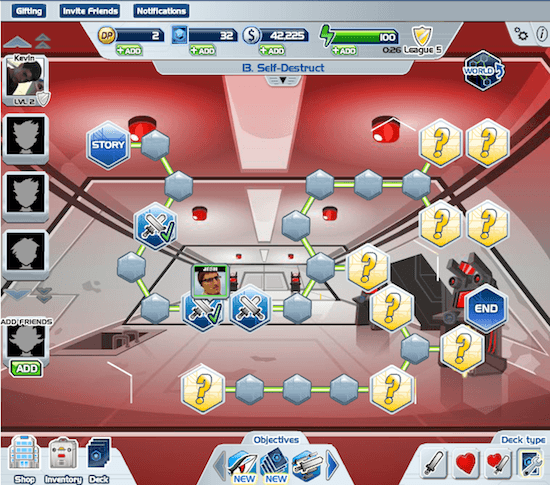 In addition to spells and monsters, however, are special one-time use abilities. These range from helpful (“gain 500 life points”) to all-powerful (“destroy all monsters and spells on your opponent’s side of the field”). And it’s here that I realized that abilities are just the tip of a very large microtransaction iceberg.

Yu-Gi-Oh! BAMfunctions under a dangerous “let’s throw in every freemium tactic into one game” strategy, making the game’s currency and development options more complicated than the game itself. I could spend an entire article letting you know about every facet of the freemium model, but I’ll save you the time. Here’s a list of what’s been implemented:

Three different types of currency (all purchaseable), an energy system that locks you out of playing the game for long stretches without paying premium currency, a system that rewards you for bringing more friends into the game, the ability to call on a friend when you need help, and a mission-based level-up system. 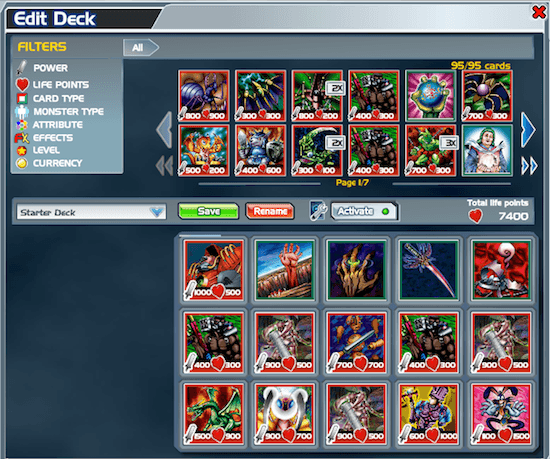 Are all of these practices bad? Not at all. In fact, playing through objectives and missions took up more of my time than I ever thought it would. But mashed together, things can get to be a bit of a headache in the long run. For example: most of the game’s best cards are locked behind premium currency. After browsing through the game’s current library, the very best deck would cost you about $60 worth of duel points.

This isn’t uncommon in the physical game (a single card can run as much as $100+ if it’s rare and powerful), but for such a simple digital game, it’s a shame that you can only buy your way into power.

I think my larger problem with the system is just that I never felt compelled to drop any money in the first place. Yu-Gi-Oh! BAMsimply isn’t a deep or competitive card game. As a social title, it provides dozens of hours of entertainment for free, but it lacks the compelling gameplay to make it a game worthy of deeper investment.

All in all, my time with Yu-Gi-Oh! BAMwas enjoyable, albeit monotonous. Its simplicity and heavy reliance on microtransactions will likely turn hardcore followers of the card game away, but it’s a decent time sink if you’re looking for a quick game to supplement your usual social browsing.