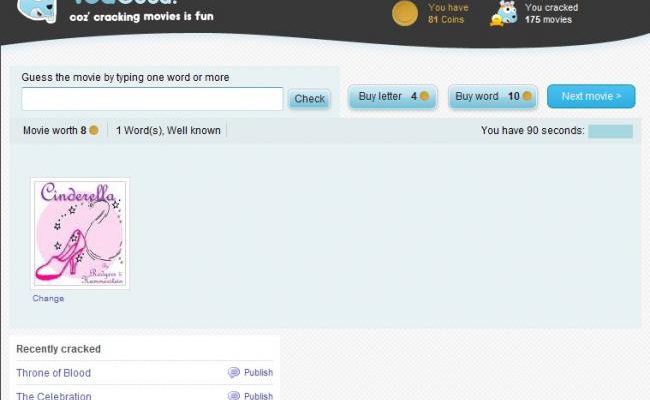 You Good Turns Movie Trivia on its Ear

I admit that I am and always have been a movie buff and absolutely demolish the competition in most trivia games, but You Good offers a new twist on an old game that even had me guessing sometimes.

Instead of using trivia questions or plot points to guess the title of a particular movie, the game uses a series of images to represent each word in the title. For example, Forrest Gump may have a picture of a grove of trees and then a picture of Tom Hanks as Forrest Gump. I guess there aren’t a lot of pictures that can really represent the word Gump. 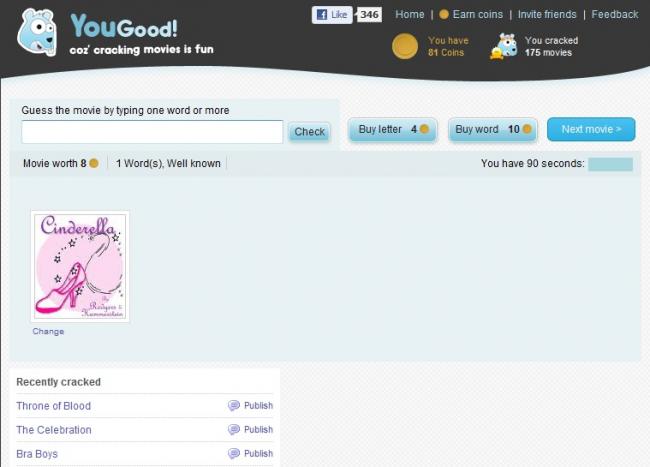 Players have a time limit to guess the proper title by putting the words into a text box. If they get one or two of the title’s words right, then those pictures disappear and are replaced by the words. If you get the title within the time limit, the player wins coins. If not, they simply move on to the next movie with only a bruised ego.

Initially, the movies that are used only go up to 2007 and players can buy a more current list of movies using the coins won in the game. The more movies you “crack” the higher your movie expertise level. The game also has a tracker that compares your score to the rest of the players in the game. I played pretty extensively and made it to the top 18, Yes, I am tooting my horn. Toot, toot!

If you get stuck on a title, you can click on the picture to get a new one that hopefully the player will understand at a cost of two coins. You can purchase a letter in the title for four coins or a whole word for 10 coins. 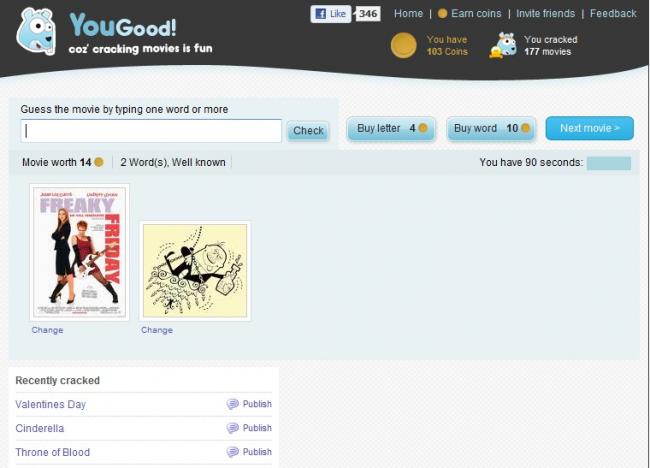 You Good is addictive and the game flows, so that even when you want to quit, it’s hard. The titles move on automatically so when a player says, “That’s the last one” another title pops up and you’re hooked again. The movies range from the very well known to the “what the hell was that” variety.

The main issue I have with the game are the pictures for the titles. They range from the blatantly obvious like a poster for the movie with the title printed on it to completely out in left field. It’s a little disappointed to have a two word title of which “The” is given to you and then see a poster of “The Informant,” or a two word title where the first word is a poster of “Independence Day” with the title and the second picture has the word day in it. The game would be served well with a option that allows players to rate the puzzles. This way they could get an idea of which ones are working well and which ones need a little work.

I would like to see a little more social interaction because there is no reason to bring your friends to the game other than to get them to play it. That doesn’t stop frequent pop-ups asking the player to invite people. You Good is a fun and addictive game that a lot cheaper than a date night at the movies.