Home / Reviews / You Must Build A Boat Review: Ship of Dreams

You Must Build A Boat Review: Ship of Dreams 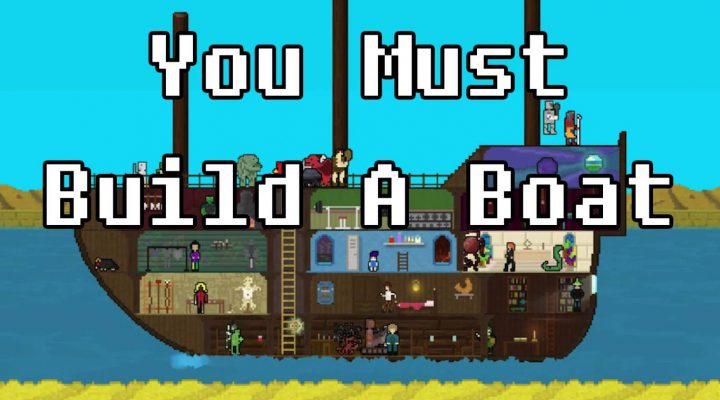 An almost unanimous series of improvements to the puzzle-RPG-upgrade gameplay introduced in 10000000.

Tons of crew members, monsters, and upgrades to unlock across ten unique dungeons.

The monster/dungeon modifier encyclopedia is useful, but a chore to navigate.

We miss the numeric shield counter and the option to play without quests.

Early dungeons freeze if you make it to zone VI.

In 2012, gamers were treated to a surprisingly addicting twist on the popular match-3 with RPG elements hybrid: 10000000, the freshman offering from Luca Redwood’s EightyEight Games, added the fast-paced high score chase of endless runners to the mix, resulting in a familiar yet new experience perfectly suited to mobile play. While this was followed up with another unique fusion—the sneaky multiplayer take on rock-paper-scissors, Smarter Than You—we were always waiting for more 10000000. That three-year dream has now been more than fulfilled with the release of You Must Build A Boat.

You Must Build A Boat is the direct follow-up to 10000000 and is a shining example of a sequel: it improves upon its predecessor in almost all regards, building up from everything we fell in love with the first time around. The tweaks and improvements made to 10000000’s formula have resulted in a similar, but far superior experience in YMBAB, well worth the wait. 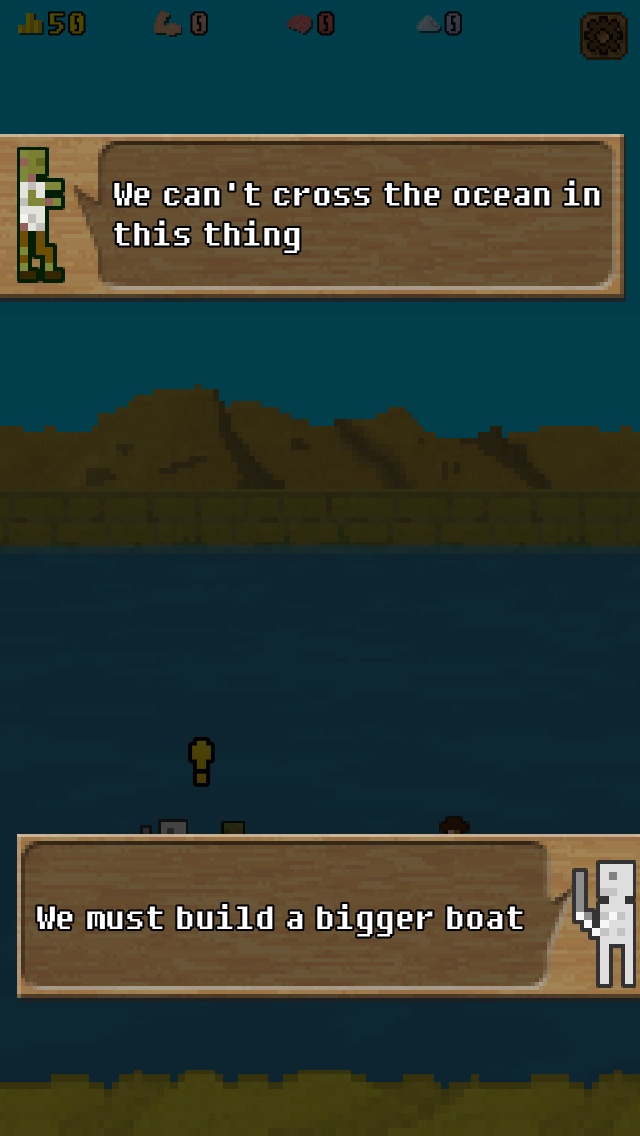 At first glance, these sibling puzzlers could be twins. YMBAB follows in its brother’s footsteps in form and function, putting players in the shoes of the unnamed adventurer from 10000000. Now freed from his rebuilt castle-dungeon, he’s taken to the seas with two undead companions from his former escapade, intending to travel…somewhere (while not made entirely clear, we assume it’s just “away from that monster-filled castle”). In order to actually get anywhere meaningful, however, they need to transform their tiny dinghy into a full-fledged boat.

This transformation requires entering nearby dungeons to collect gold and treasures, defeat and capture monsters, and attract other adventurers to your crew by completing impressive feats in the form of quests. These dungeon trips are the primary gameplay of YMBAB and will look familiar to fans of 10000000: they’re presented as a match-3 puzzle board on a 6×8 grid (which is actually one column fewer than in 10000000).

At the top of the screen, our adventurer runs in an endless corridor populated by monsters and treasure chests which block his progress. Defeating a monster (by matching sword or staff tiles on the puzzle board) or opening a treasure chest (by matching key tiles) will remove it from the corridor, award some gold, and allow our character to continue moving forward. Every time our adventurer is held up by an obstacle or hurt by damage, he loses time and some of his distance on the screen. If he falls too far behind, the continuously-scrolling left side of the screen will catch up to him and end the run.

There are four other matchable tiles on the board in addition to swords, staffs, and keys: shield tiles fill your shield to reduce time delay from enemy attacks, crate tiles potentially award usable items, muscle tiles award power, and brain tiles award thought. These latter three look new, but they’ve really just replaced similarly purposed tiles from 10000000: treasure chests, wood, and stone. While these last two were used to upgrade your dilapidated castle, power and thought are more like a currency in YMBAB, allowing upgrades and purchases from the various crew members that join you over time. 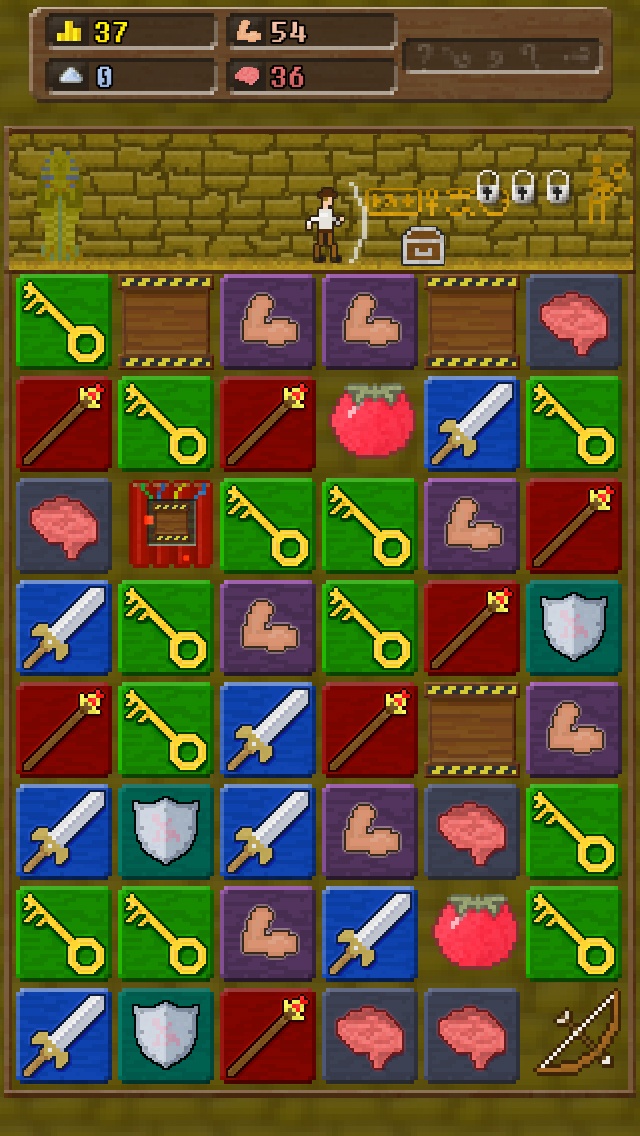 This crew, and your ever-growing ship, are the other primary gameplay component in YMBAB. Between dungeon runs you’ll have a chance to upgrade essentially every aspect of your adventurer that could come in handy, from the strength of sword tiles to his max number of shields. These options will be presented by crew members that automatically join as you progress through the story, and who range in appearance from a beefy bodybuilder to a limbless floating spheroid.

This crew is the first of many differences between 10000000 and YMBAB. While their purpose is similar to the rebuilt upgrade rooms of 10000000’s castle, the result is quite different. First, YMBAB simply feels alive in ways 10000000 never could, thanks to its colorful droves of roaming monsters and interactive shopkeepers. Second, as your boat grows, you’re able to travel to new locales and dungeons: instead of running through the exact same gray-walled hall every single time, you’ll be treated to ten different areas, backgrounds, and even theme songs during your oceanic voyage. 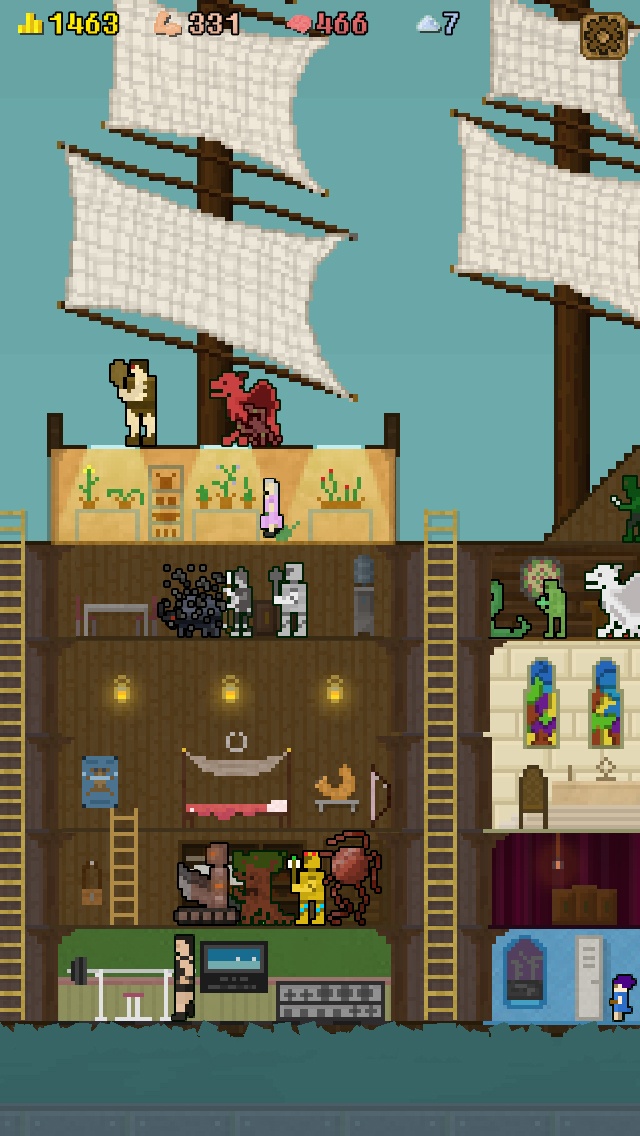 This also results in a greater variety of enemies to tackle. While 10000000 introduced some new monsters as your adventurer level grew, most were only minor variations on the few dungeon baddies available. YMBAB is packed full of creatures with specific haunts and attributes, from the flammable Mummy in the Pyramid to the speedy Ratter in the Sewer or the anti-magic Demon that shows up in Hell. There are enough monsters with various strengths and weaknesses that a much-needed monster encyclopedia has been added this time around.

In addition to all the different enemies and types of dungeons, a new dungeon modifier feature has been introduced. This assigns a specific unique attribute—and up to four different attributes simultaneously—to an entire dungeon run. These modifiers can be positive, such as making chests’ items more valuable or enemies weaker; negative, such as preventing the use of items or shields; or even neutral, such as making chests appear more often or monsters slower but stronger. These modifiers are a constant feature, as a new attribute is added at each new zone—a certain distance in the run when the dungeon gets harder—and some dungeons even have always-on attributes, like Hell’s “Firestorm” or The Vault’s “Rich Chests.” With over 30 different modifiers available, these add a surprising amount of depth to the game, forcing you to always be aware of what attributes are active and adjust your playstyle to match them. 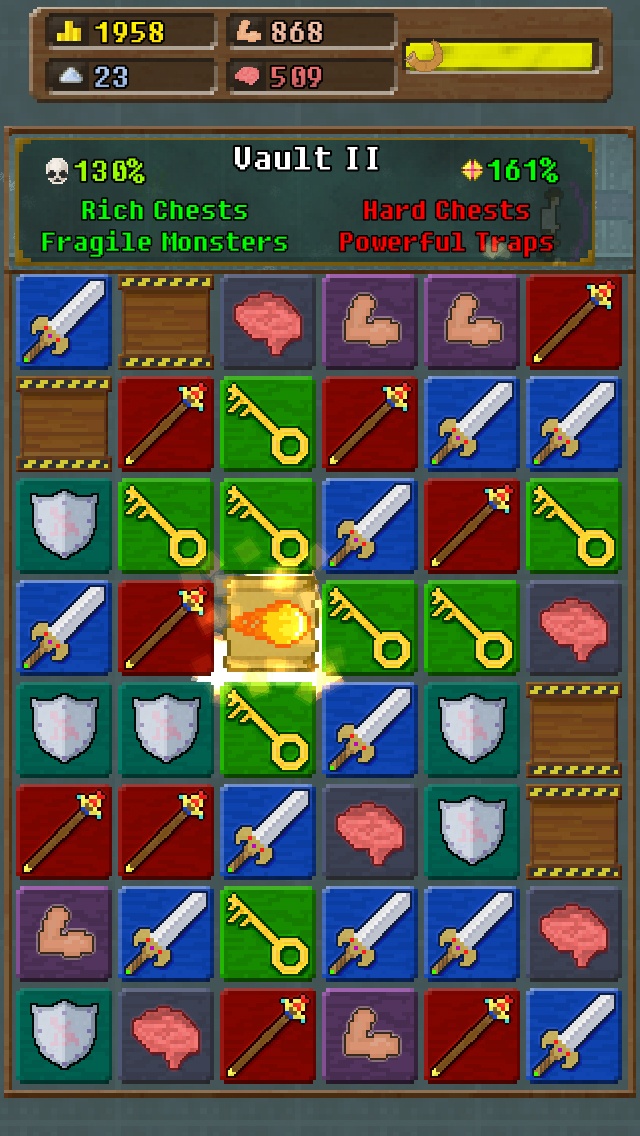 The other biggest change affects the puzzle gameplay itself: in 10000000, making a match froze the board temporarily until those matched tiles were visibly removed from the board, but in YMBAB you can make another match simultaneously while a previous match is being removed. This creates an even more frantic, fast-paced experience with new strategies available. Matching quickly enough before a cascade effect can result in double matches or setting up additional chain effects before the first is complete. This small change makes a huge improvement in the enjoyment of the game’s core gameplay, and thus the entire experience.

There are other small adjustments that are improvements—the ability to see what your upgrades will buy before purchase and the addition of spell items like fireball and freeze—some that are negatives—the removal of the shield’s numeric defense rating and the ability to replay past dungeons before end-game—and some that are neutral—the movement of items from separate slots to the puzzle board itself, which forces some strategic and at times tough decisions. But all combined, YMBAB is the definitive way to play EightyEight Games’ unique puzzle-RPG-runner, and a notable advancement from the already great 10000000. We gained our freedom, we built a boat, and until another entry in another three years, we will gladly build a boat again and again.