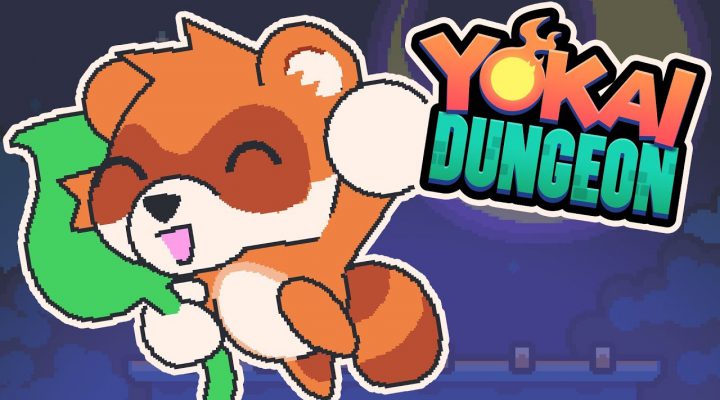 A lot to unlock

I wrote this review before Yokai Dungeons most recent update. This means most of the criticisms I originally had with Yokai Dungeon no longer apply. I figured it was only fair to adjust the overall score but keep the original review intact.

The game was in a state where it would play adverts and not pause gameplay, but it appears the most recent update has fixed that, and the issue of the controls. So I am more than happy to increase its rating from three stars to four, as I think that’s a more accurate metric of how good Yokai Dungeon is.

I want to start off this review by saying I am a fan of Neutronized, Super Cat Tales was an awesome game, and the sequel was more of the same brilliance. But, there is something about Yokai Dungeon that disappoints me more than I was ever expecting.

A common complaint with most mobile games is that the controls are annoying. Whether it’s accidentally moving in one direction or pressing the wrong button entirely, mobile games have always had similar complaints.

With that being said, the controls for Yokai Dungeon are near impossible to master. The D-pad is way too small for my liking, and I often press a different direction than what I mean to. Changing the controls to a swipe gesture is no improvement as the slightest downwards swipe means I am moving down into an enemy.

It’s hard to suggest a solution, but I believe any alternatives are better than the two options we have got. Maybe a virtual joystick and the option to press anywhere on the screen to push blocks would be better? All I know is the controls are more frustrating than any enemy or boss I have faced.

I accept that free to play games, will have adverts; I have no real problem with that. Yokai Dungeon, however, seems to cross that line between tolerable and intolerable advertisements.

If you are having a successful go, then you could easily face at least one advert per level, if not two. Which means you are spending almost as much time watching adverts as you are playing the game, which is annoying.

What makes the advert situation unacceptable is that the adverts load, but the gameplay doesn’t pause. So your character stands there in a level full of Yokai, and you have to hope they don’t walk over and hit you.

I get games may have intrusive adverts, but this is a new level of intrusion where I am dying while watching an advert. Oh but don’t worry, you can watch an advert to respawn!

Anything positive to say?

Yes! I wanted to like this game because I am a huge fan of roguelike games and Neutronized. However, the problems mentioned above have stopped me playing or recommending this game to anyone.

The core gameplay (minus the iffy controls and adverts) is challenging but fun. Unfortunately, the roguelike aspects have been tuned way too far down. Yes, the enemies and level layouts are random, but you’ll be surprised how often you fight the same enemies on the exact same map. Plus, whenever I go into a shop I see at least one item from the go before.

When you compare Yokai Dungeon to other roguelike games, you can see that it is not far off from being a solid game. It needs to be tweaked and polished in order for it to hold up to other games already on the market.

I can see Yokai Dungeon being a superb game after an update or two, but unfortunately, that’s not how reviews work. As of right now, the game needs to change its controls, perhaps to a one-touch method mentioned earlier.

Also, the game needs to reduce how many adverts it shows and make sure gameplay stops if it runs an advert mid-way through a go (which no game should do).