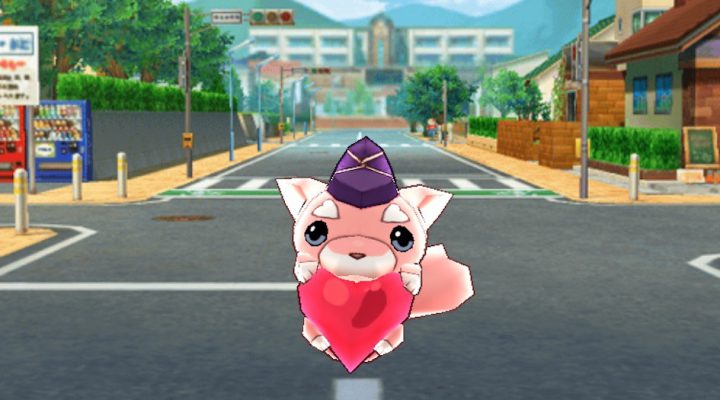 Lots of Yo-Kai to find and collect

The challenge ramps up and forces level grinding fairly early on

Okay, so, I know that Yo-Kai Watch is a thing. I’m vaguely familiar with it as being a sort of spiritual spin-off of Pokémon, and I know it’s pretty darn popular. That’s about the limit of my expertise, though. Which means about the only preconception I had going in to Yo-Kai Watch Wibble Wobble was that it involved cartoony ghosts.

From that perspective – and not from, say, a diehard fan of the 3DS release – I’m happy to say that Yo-Kai Watch Wibble Wobble makes for a pretty fun puzzle game. 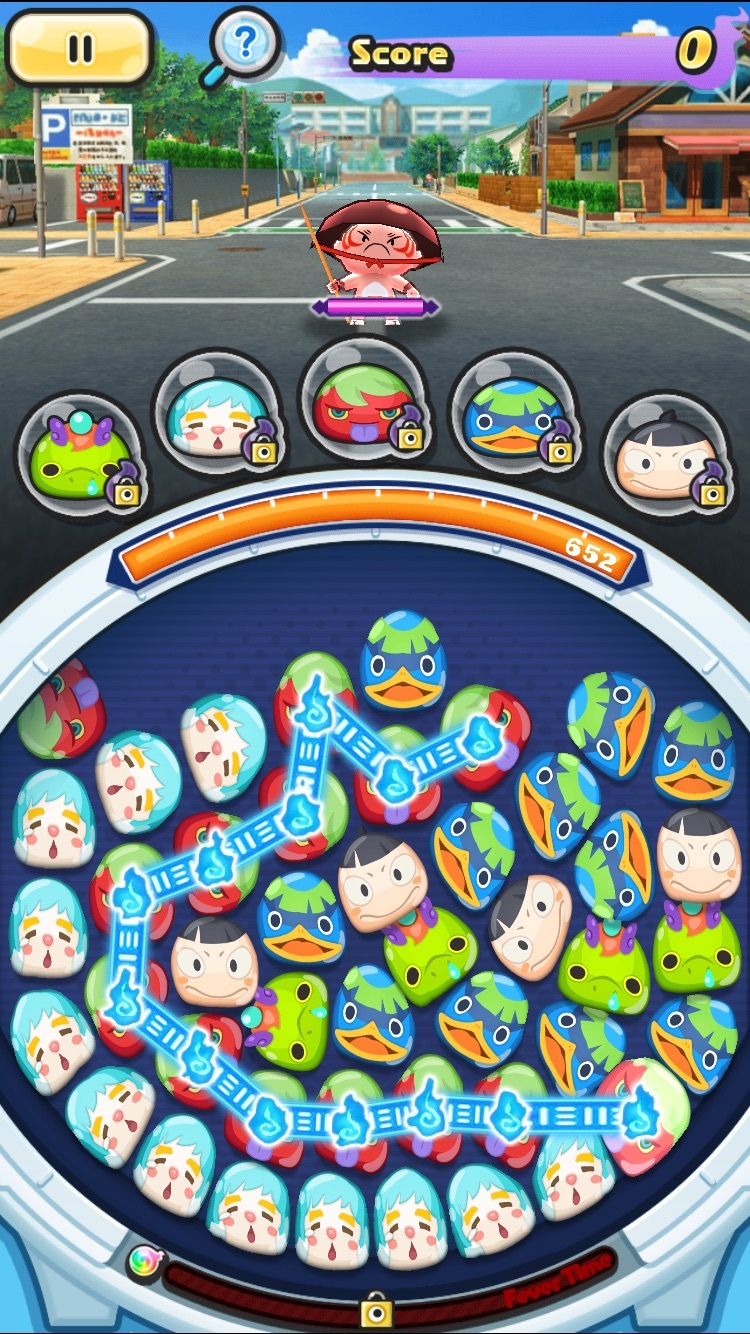 As with virtually every mobile puzzle game in existence, the story is an afterthought that only exists to give context to your actions. Actions that include wandering around town fighting troublesome spirits with your own team of slightly less troublesome spirits, and gathering up more spirits to add to the group. However, here it’s more Puzzle & Dragons than Pokémon, with combat that requires you to match-up duplicate Yo-Kai in order to unleash attacks.

There’s something oddly pleasing about the gooey bounciness of the little Yo-Kai balls you have to match. The way they squash and stretch is kind of adorable, and the physics involved with their movements makes figuring out the best way to match sets surprisingly strategic. Though it can be a little irksome when the near-constant shifting causes you to tap the wrong thing, or when two of the same Yo-Kai were close enough for a match but the jostling pushed them just out of reach of each other. Still, it adds a bit of personality to what could’ve otherwise been a more by-the-numbers feeling puzzle game. 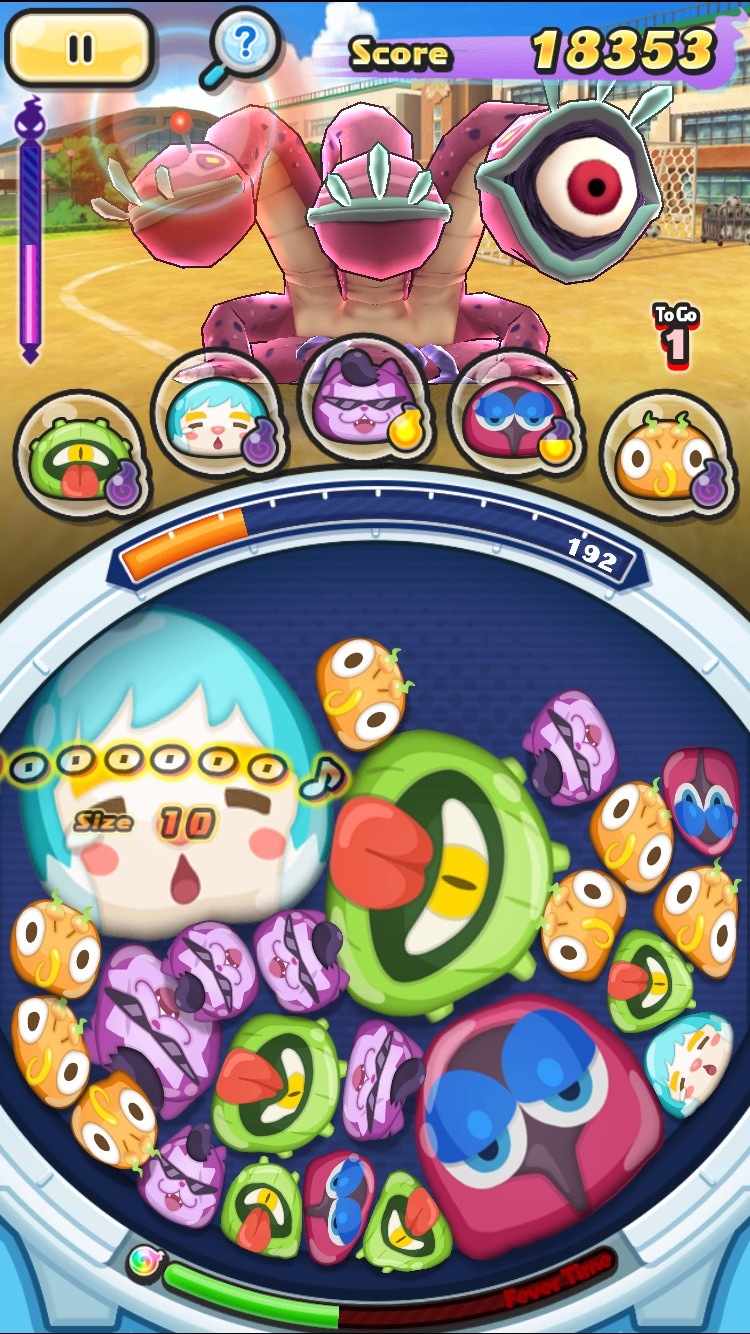 I also appreciate the slight bit of nuance to Wibble Wibble’s mechanics. General matching is all well and good, but the Fever Mode that triggers when you make enough matches switches things up in a satisfying manner. Being able to trigger a Yo-Kai’s special ability once they’ve had enough matches also helps, though it’s not an uncommon element to see in games like this. Still, it’s appreciated.

The collecting is handled nicely as well, with the Yo-Kai you fight often deciding to join the ranks on their own (or you can encourage them more by offering snacks). And if you already have that Yo-Kai in your collection, earning a duplicate will make the one you already have more powerful. You’re pretty much always making some sort of progress, which makes failure much more easy to deal with. Especially considering that your team will still earn experience and potentially level-up, regardless of whether or not you defeat your target.

This is good, because the difficulty shoots up rather fast. The first few levels are nice and easy, but then suddenly you’ll be scrambling to make it through a level by the skin of your teeth. And then suddenly you’ll do okay. Then it’ll get tricky again. It’s not so bad considering you’ll still earn money and experience no matter what, but the unbalanced challenge can be a little frustrating at times.

Even if you’re not necessarily a Yo-Kai Watch fan, Wibble Wobble is a puzzle game worth checking out. And if you are a fan, I think it’s going to keep you busy. At least, so long as you know to expect a matching puzzler and not a ghost-hunting RPG.