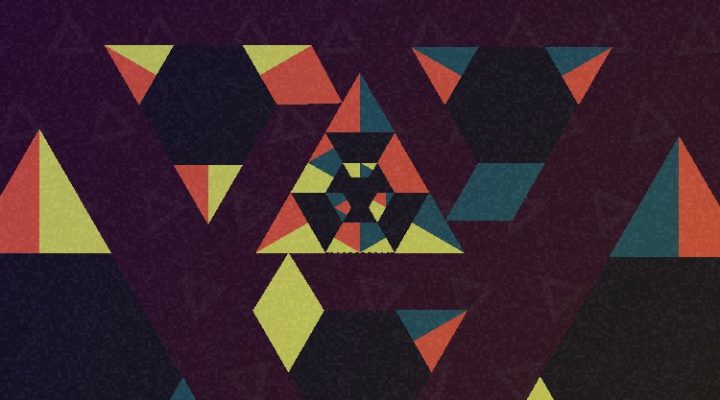 A minimal but still slick style

Gets a lot trickier than expected

The sense of scale is pretty cool

No good way to pause the game

Some color combinations are almost painful to look at

Yankai’s Triangle is the kind of game that doesn’t really look like much in a screenshot. Heck, I couldn’t even figure out what kind of game it was until I actually started playing it. Turns out it’s a “simple” game about rotating triangles so that their tips match, thus locking them together, and then turning more triangles to match up even more stuff. Except it’s totally not that simple. 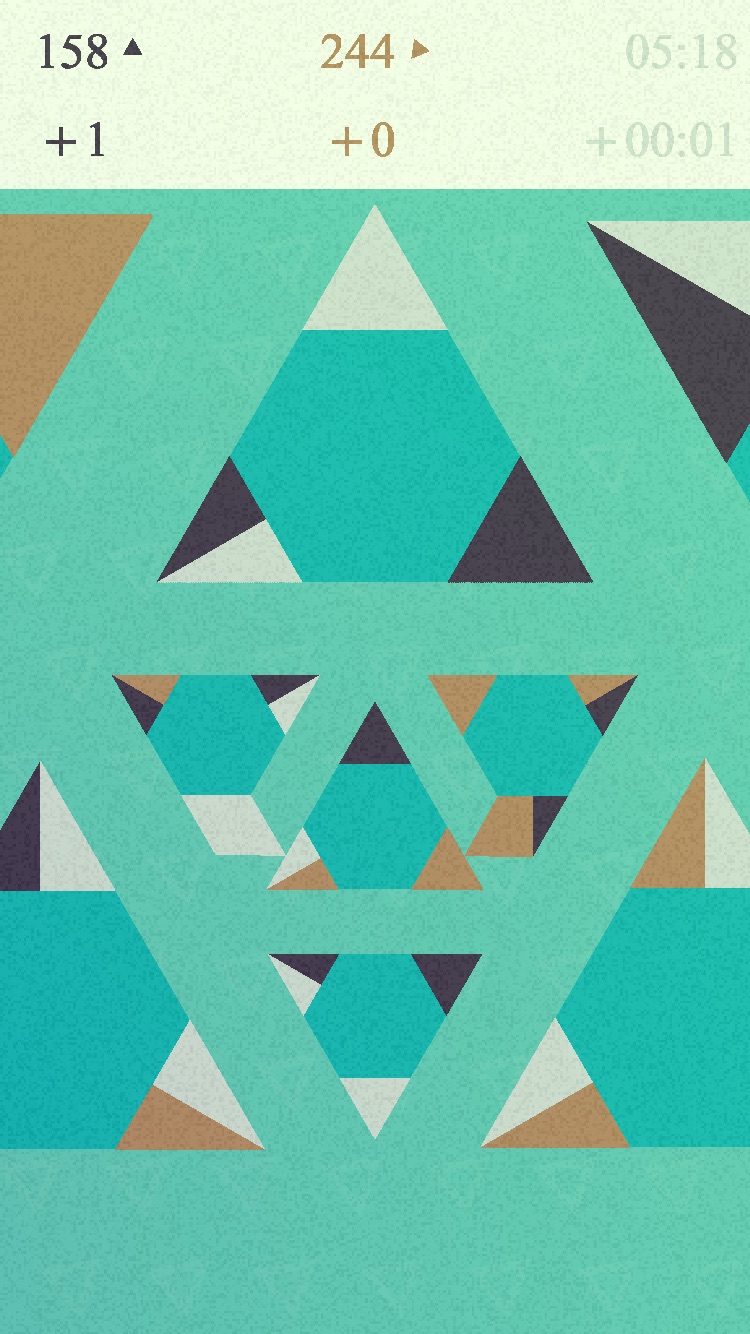 This game is simultaneously not much to look at and visually stunning. I know, it’s weird. Everything is triangles, with some color variations across levels, and the information display at the top of the screen is rudimentary at best. But there’s also something to the simplistic style; the way the edges of matching triangle pieces stretch towards each other to let you know you’re on the right track, and that oddly out of place and yet somehow fitting TV-style video filter that’s sitting on top of everything. I can’t quite explain why I like the look of Yankai’s Triangle, but I do. Most of the time. Sometimes the triangle colors are a bit too bright and contrasty, to the point where looking at the screen for too long is almost painful. There is an option to change everything to black and white if it gets to be too much, though.

I’ve already gone over the basic mechanics, but the thing that makes Yankai’s Triangle stand out to me (and what makes it way more tough than expected) is the way levels will “scale back” as you lock more triangle pieces together. It all starts with matching up a handful of shapes before moving on, but eventually the camera will start to pull away and reveal additional layers of triangles that need to match-up with what you already have. I kind of love this effect, to be honest. I also really like how it makes the puzzles far more challenging, because now you have to worry about making sure everything lines up properly so that subsequent layers can still match up. Good thing you can dive back in to a completed layer if you decide things aren’t quite right.

About the only thing that sort of bugs me is how awkward it is to try and pause the game. Instead of a simple button press that halts the timer, you have to tap and hold on the bar at the top of the screen with all the numbers on it until it drops down and covers the whole screen – taking you back to the main menu. You can still pick up from where you left off once you continue, but it’s definitely not the smoothest way of handling a pause option. Simply hitting the Home button to back out of the game is a lot faster, honestly.

Yankai’s Triangle was a pleasant surprise — both because I wasn’t expecting a whole lot, and because I didn’t know what to expect in the first place. It’s a deceptively tricky puzzle game that just might pull you in if you give it a chance.