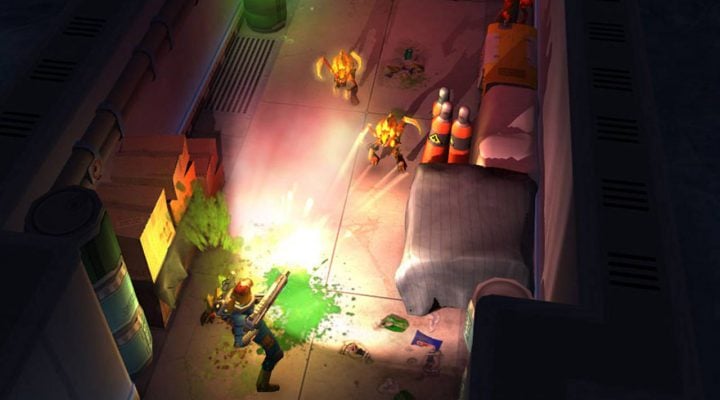 Really fun to tear through aliens with flashy guns.

The level layouts and objectives get repetitive very early on.

Pixelbite is a developer that those of you familiar with the Reckless Racing games may recognize. I personally enjoyed Reckless Racing 3, even though it’s not typically the kind of game that revs up my engines. Usually I’m all about guns and lasers and breaking things with varying degrees of intensity. So when Pixelbite launched Xenowerk, a game all about shooting aliens, I was more than eager to give it a shot.

In Xenowerk, players are sent on a mission to figure out what went wrong at an underground laboratory that was doing experiments on mutated creatures. When the player arrives they find a worst-case-scenario of monsters running rampant, laboratories completely destroyed, and no sign of human life whatsoever. 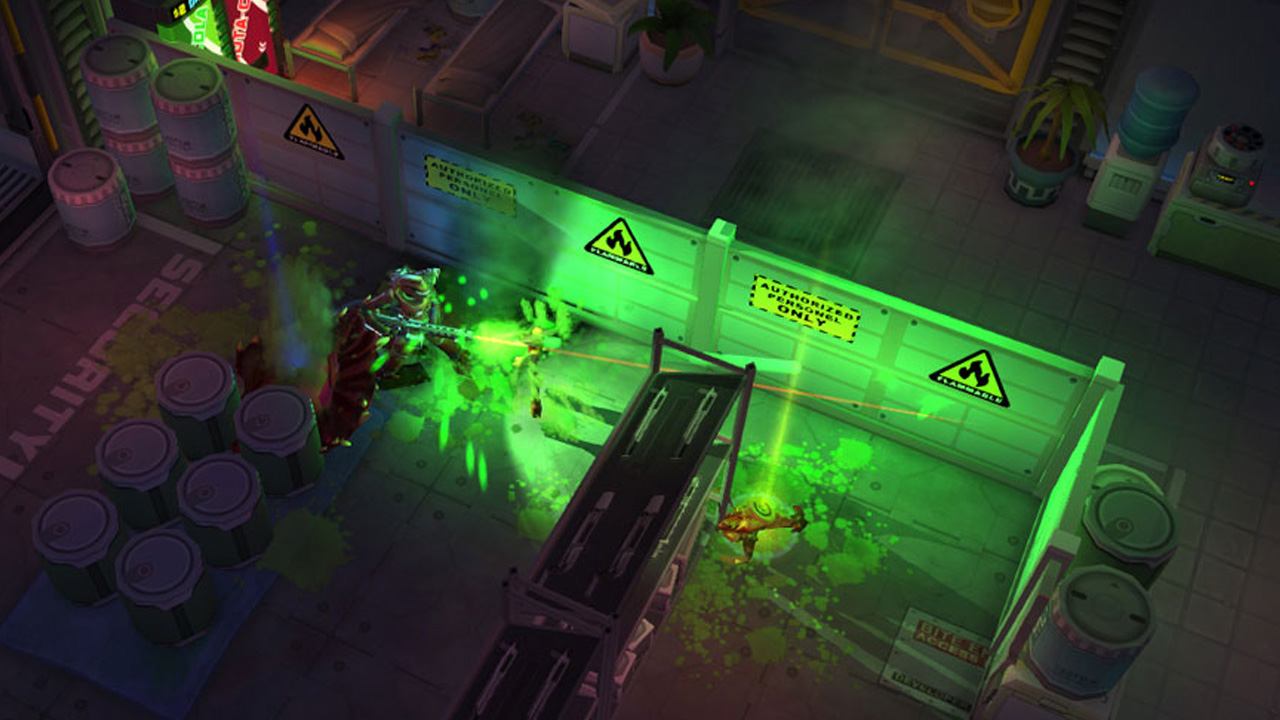 There is very little downtime in Xenowerk. Even in between the action-packed levels, the game loads so fast that I hardly had time to look up from my iPad before the next level was loaded and ready to go. This, obviously, helped keep my attention on the game as Xenowerk did not give me much time to be distracted by anything else.

After a few levels, though, I realized that one of the reasons why the game loads so fast is that every level is pretty much the same. The same handful of enemies dispersed throughout a labyrinth of the same kinds of rooms filled with the same props. Even the objectives offer very little variation: you’re either accessing a computer terminal, killing a particular monster, or simply shooting something until it blows up. That’s it. 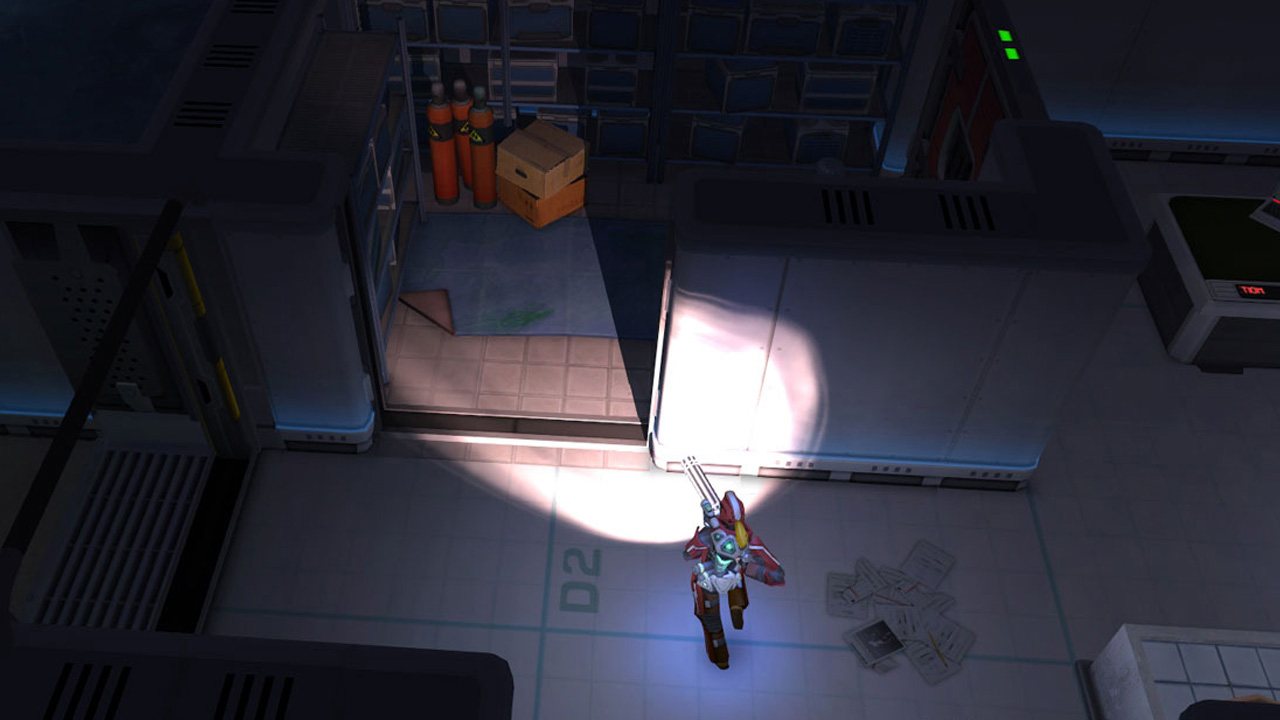 Also, Xenowerk is pretty easy. I made it about halfway through the game before I died for the first time. With the near-constant ability to heal myself back to full health, I never felt like I was truly in danger …until I was dead.

So, why then did I continue to play Xenowerk if it was repetitive and easy? Well, because it’s really fun. Mindlessly fun, quite honestly.

There is something incredibly satisfying about bursting apart monsters with a steady stream of hot lead. Xenowerk offers players a number of weapons that they can choose from, and the weapons upgrade automatically as you use them — so the rifle that you bought will end up being improved over time just by killing monsters with it.

Even though Xenowerks is repetitive and easy, it’s still a fun game that is a great quick-fix to satisfy your urge to blow up monsters into chunky, green, bits.