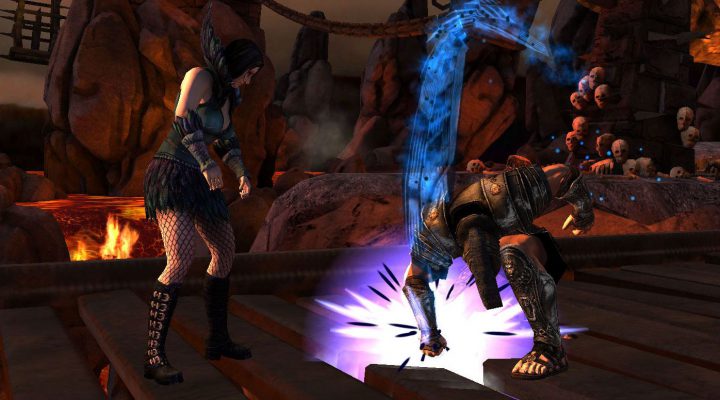 Some pretty serious bugs in the game at launch.

Stamina system is a drag.

It’s a little surprising to see some people remarking that WWE Immortals is a strange beast. Au contraire, it’s actually an ingenious idea. The Superstars and Divas of the WWE are already marketed as larger than life personalities. Creating alternate reality versions of them playing off their nicknames and traits and putting them into a mobile fighting game is perfectly logical, really.

That’s even truer since NetherRealm and Warner Bros. Interactive (with help from Phosphor Game Studios) are working within well within their comfort zone here. It really is like Mortal Kombat with WWE wrestlers, minus the blood and gore. In terms of gameplay, it’s closer to the mobile version of Injustice: Gods Among Us, with almost identical controls. 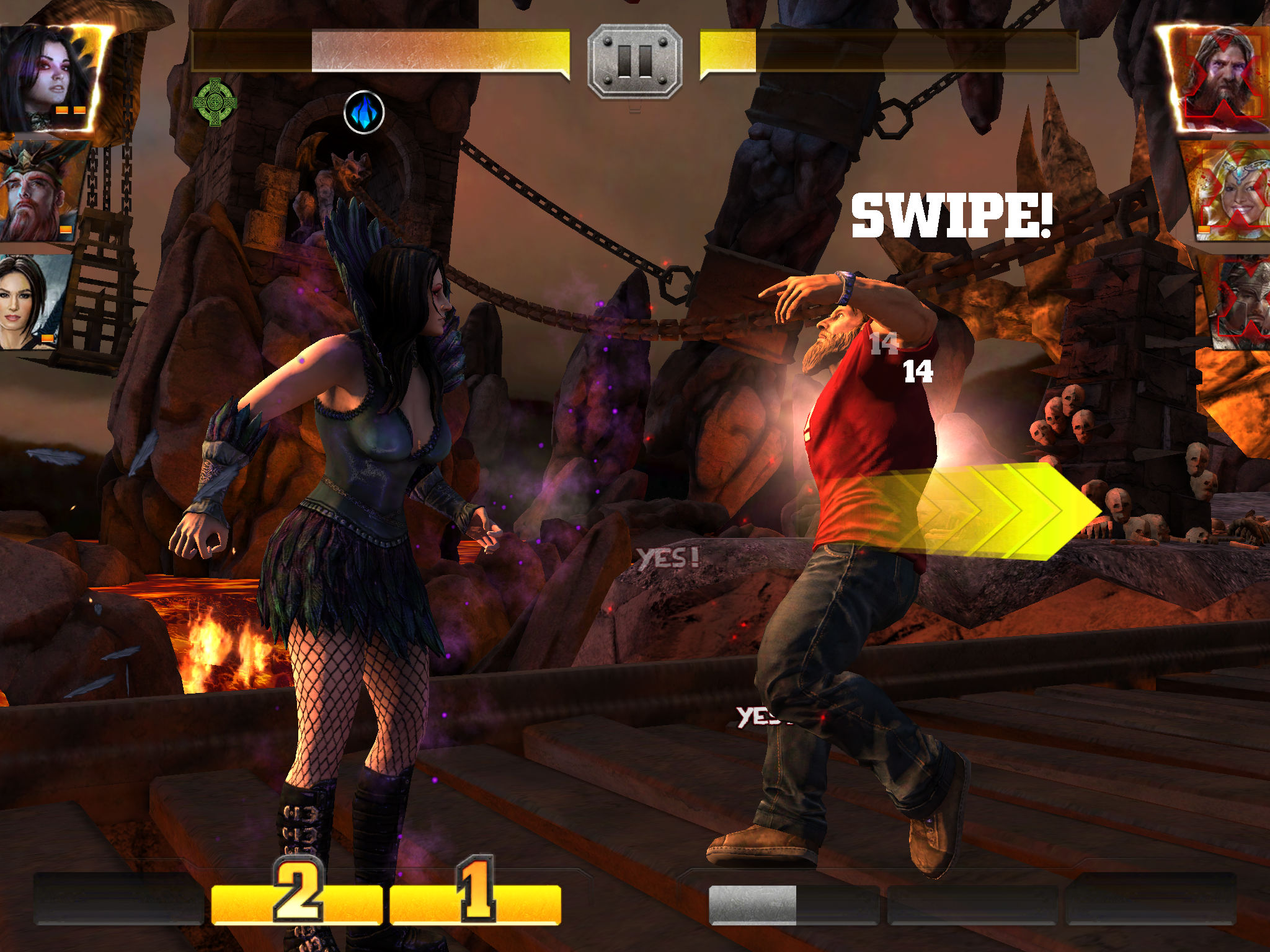 Even if you never gave that game a try, it shouldn’t take long to grasp the basics. WWE Immortals is 3-on-3 combat using taps and swipes to attack and two-finger taps and holds to block. The other characters on your team can be tagged in at any time, within reason, and a fight only ends when all three members of one team are down for the count.

And while this isn’t exactly catch-as-catch-can grappling, the familiar signature moves of the wrestlers come through in the specials you can pull off once your Adrenaline bar fills to a certain amount. The Finishers are even better; not quite as grandiose as the ones from Injustice (remember, those were being performed by super heroes) but just as creative and over-the-top.

WWE fans will eat this up, without question. It’s not hard not to crack a smile seeing Daniel Bryan as an actual goat-man, or discovering that Triple H’s special trait is called “Best for Business.” There are multiple versions of some characters, who range from Bronze to Gold rarity. New wrestlers can be won through gameplay, purchased in packs with the in-game currency or just bought outright once you save up enough Immortal credits. All of them start with just one signature move, with others unlocked as you level them up and either find the right card or pay the credits. 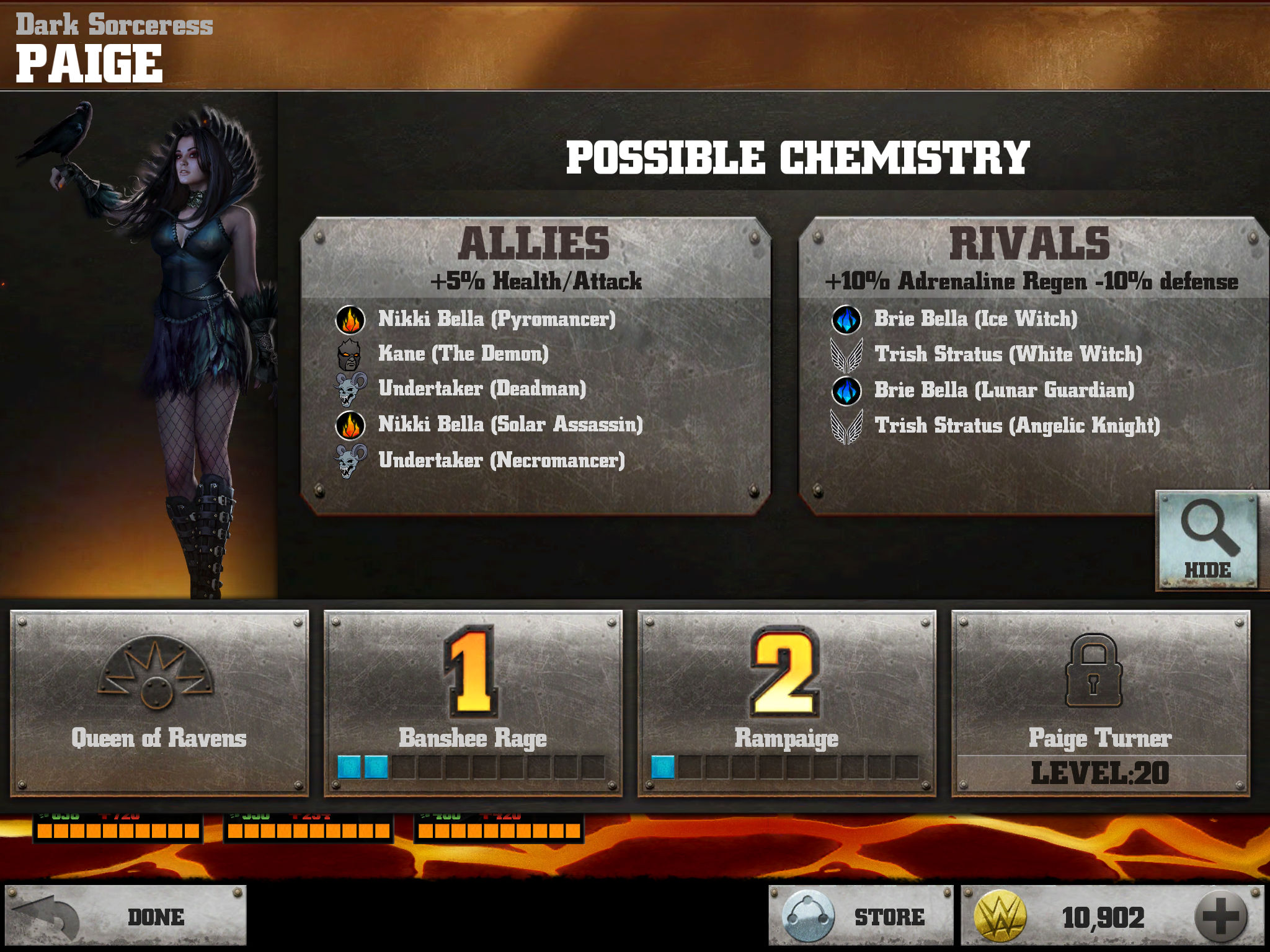 The simplicity of the fighting system still has room for some interesting strategy, as teaming characters with their allies or rivals grants them different bonuses. There are also plenty of things to keep you busy, though the Stamina system can be a bit onerous since you use it for every game mode. The Online Match mode doesn’t offer true multiplayer, but it does allow you to test your skills against other human-assembled teams, and there are some solid rewards for participating in the ongoing tournaments.

The only thing WWE Immortals is really lacking is more combatants. There are 25 different characters at launch, but again, some of them are different versions of the same wrestlers. You have to figure more past greats like Stone Cold Steve Austin and current main eventers like Seth Rollins are coming, but we wrestling fans can be an impatient lot. 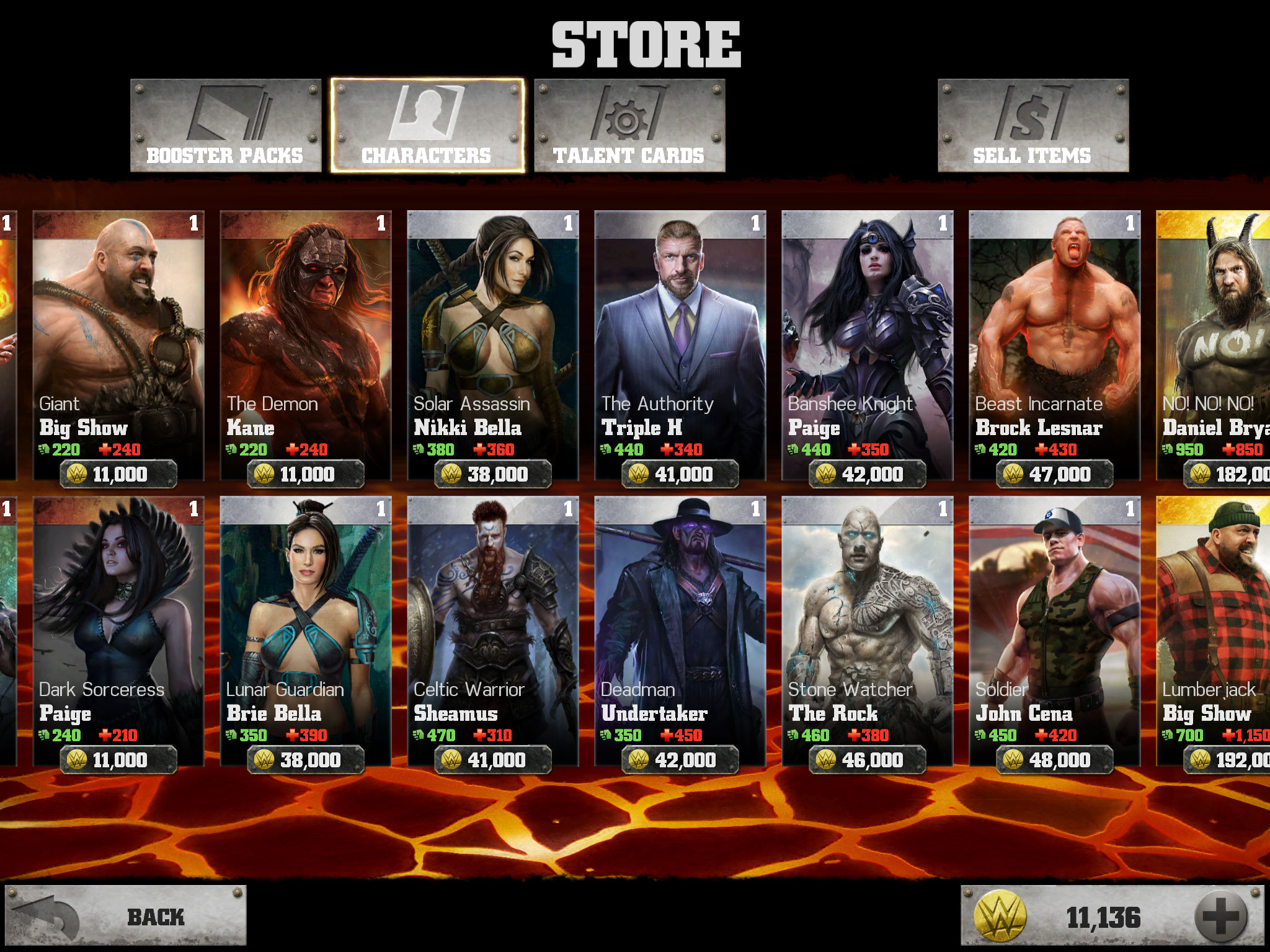 Actually, there is one more thing, and it’s a fairly large annoyance. During some battles, the game will simply lose its collision detection altogether, and you’ll end up slamming someone halfway across the screen without touching them (like Darth Vader’s Force choke as a wrestling move). That’s kind of funny. What isn’t a laughing matter is having invisible opponents attack you, sometimes after they were supposed to be tagged out. It’s not a game-breaking bug, but is it a game-affecting one? Absolutely, and kind of a surprising one considering the companies that put the game together.

Those will get ironed out in updates, no doubt, but I can only review what’s out now. WWE Immortals is almost certain to be a big hit, building on its “obvious once you hear it” theme, it just needs its execution to catch up with its high concept.