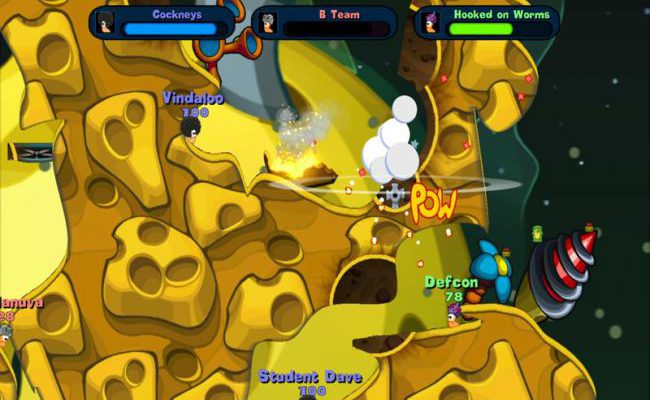 Mayhem and destruction has never been so cheerful and fun.

The world of the Worms games is a strange place. It’s bright and cheerful, but it’s also full of microdiles armed to the teeth and willing to blow each other to Kingdom Come for no discernable reason. It’s goofy and weird, and -when the game is well-made- it’s a blast to visit. Recent titles have been a bit hit-or-miss, but the newly-released Worms Special Edition makes this particular trip to the universe a particularly pleasant experience.

Worms Special Edition features the same turn-based artillery gameplay that folks have come to expect from the series. There’s a nice little group of tutorials that will quickly familiarize new players with Worm movement, gadgets, and weaponry. The gadgets are designed to help the little guys get around the map they’re on and come in the form of jetpacks, climbing ropes, parachutes, and teleporters; each functions in different ways and their effectiveness depends on the layout of the map. 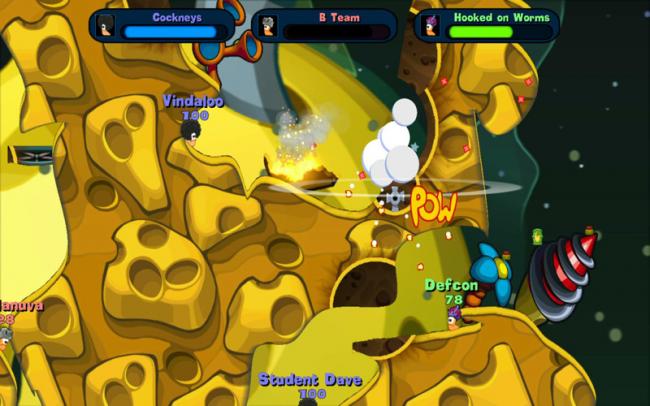 Now, when it comes to weapons, there are a slew to choose from during a battle. No two are alike, either, and it’s not unreasonable to spend a while familiarizing oneself with them before really diving into the game itself. The weapons require a lot of understanding and strategy to be used effectively in the game: should you just use the default bazooka in a straight shot on the nearest enemy, or call in an air strike and (hopefully) do a lot of damage to multiple opponents? Additionally, wind direction and strength will affect how projectiles fly across the map.

That’s the neat thing about Worms Special Edition: it’s fairly easy to get into, but it’ll take a good while to actually master. This makes the game a rare find, as so few titles feature such simple mechanics and deep strategy. Plus, y’know, it’s a lot of fun.

Aside from the standard battle modes, puzzle levels are also present that require players to use a pre-determined number of weapons to get a Worm from a starting point into a teleporter somewhere else on the map. On top of that, the ever-enjoyable “Body Count” (read: survival mode) is also back.

Winning matches results in credit that can be spent at the in-game store, and there is a ton of stuff to buy there, like new hats, weapons, missions, and maps. There’s already a lot of content in the game when it starts, but the unlockable extras add an incredible amount of lasting appeal. 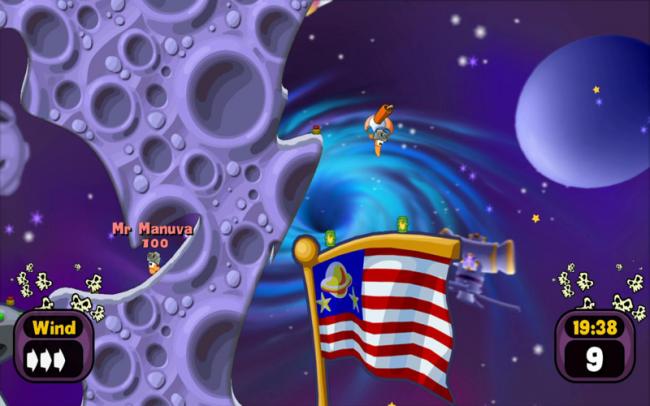 One of the major downers with Worms Special Edition is that its multiplayer mode is limited to local play on the same machine. Basically, up to four people can play at a time, but they have to share the same computer, switching off at the keyboard. That’s really a shame, since this is one of those games that feels like it could provide a truly memorable multiplayer experience if there were some sort of online community and matching system in place.

It should be noted that this is a game that practically bleeds with style. The 2D visuals are goofy and fun and bright, resembling nothing so much as a top-notch Saturday morning cartoon. Everything looks polished, even when the camera is zoomed all the way in, and one of the really nice touches is how each map has a (usually bizarre or absurd) bit of animation floating around in the background behind the battlefield. The Worms themselves look great, and teams are differentiated by the adorable hats they sport.

Sound, meanwhile, is also spot-on. The Worms are pretty hysterical when they shout out their one-liners, the audio effects are all great, and the music always feels fitting while it stays in the background.

Worms Special Edition is delightful in just about every aspect. It’s charming and fun and absolutely ridiculous, not to mention that it’s got an insane amount of content to keep player interested even after they’ve completed the single-player campaign. While its lack of online play is a shame, hopefully Team 17 will include this in a later update, at which point they’ll have a true gem on their hands.