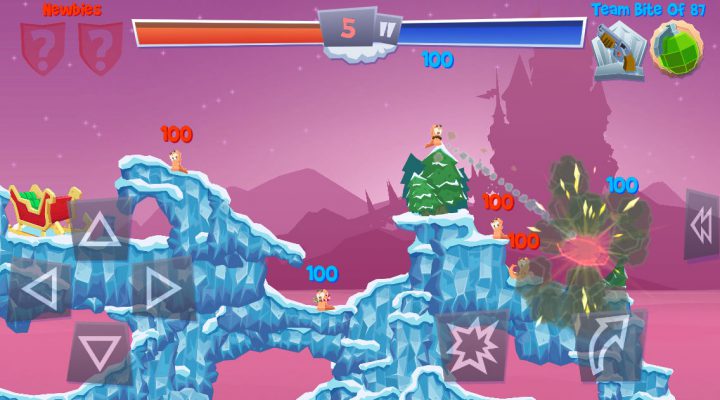 They say humans are the most warlike animals on the planet, but what about worms? Team 17’s invertebrates have been going at it with guns, bats, and exploding sheep for twenty years now.

They show no signs of slowing down, either. Worms 4 is out now, and it’s engineered specifically for mobile play. Hey, when you’re small, slimy, and literally eat dirt to survive, you’ll enjoy whatever means of entertainment is offered to you.

Given Worms’ platform-spanning history, it makes sense for Team 17 to really focus on optimizing Worms 4 for handheld devices. The times, they are a-changing. And for the most part, this iteration of Worms delivers all the old-fashioned squirmy goodness we’ve come to expect from the franchise. 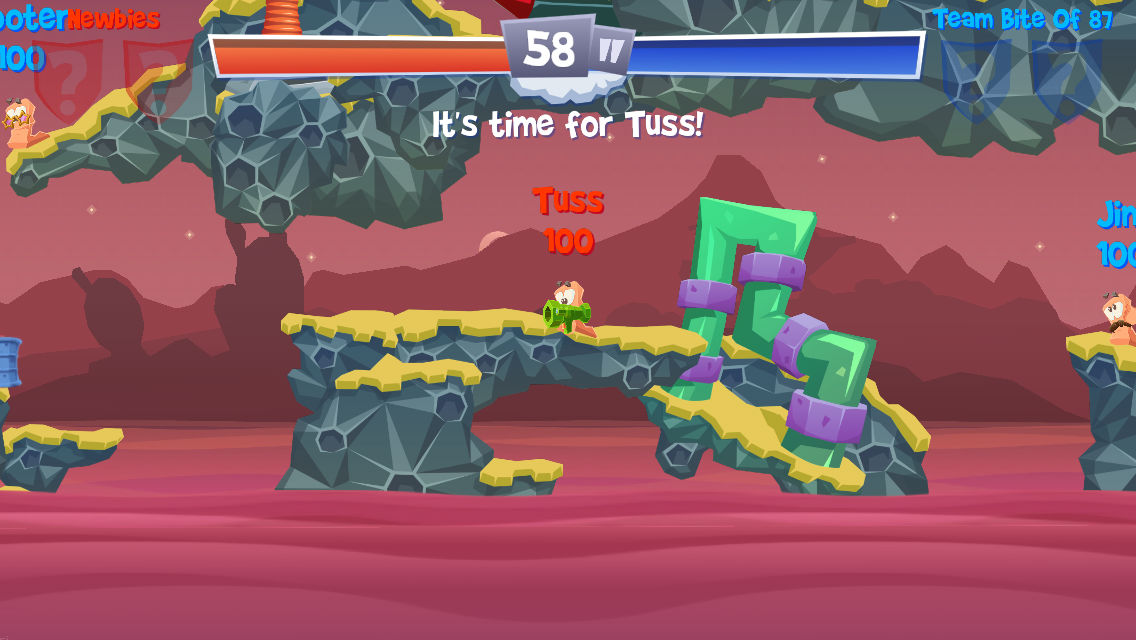 There’s just one major problem: At the time of this writing, the online multiplayer, arguably one of Worms’ most compelling features in this day and age, is undercooked. The server has a hard time finding other live opponents, and generally has connection issues even if you’re beside a strong Wi-Fi signal.

Fortunately, there’s still plenty of war to go around in Worms 4. You can play a campaign mode that sets up specific challenges (and may reward you with loot crates upon completion), and you can still have one-on-one matches with computer-controlled players. Be warned, though: Said computerized players pack a punch. They seem to have uncanny “luck” when firing their weapons, even when the wind is blowing willy-nilly. 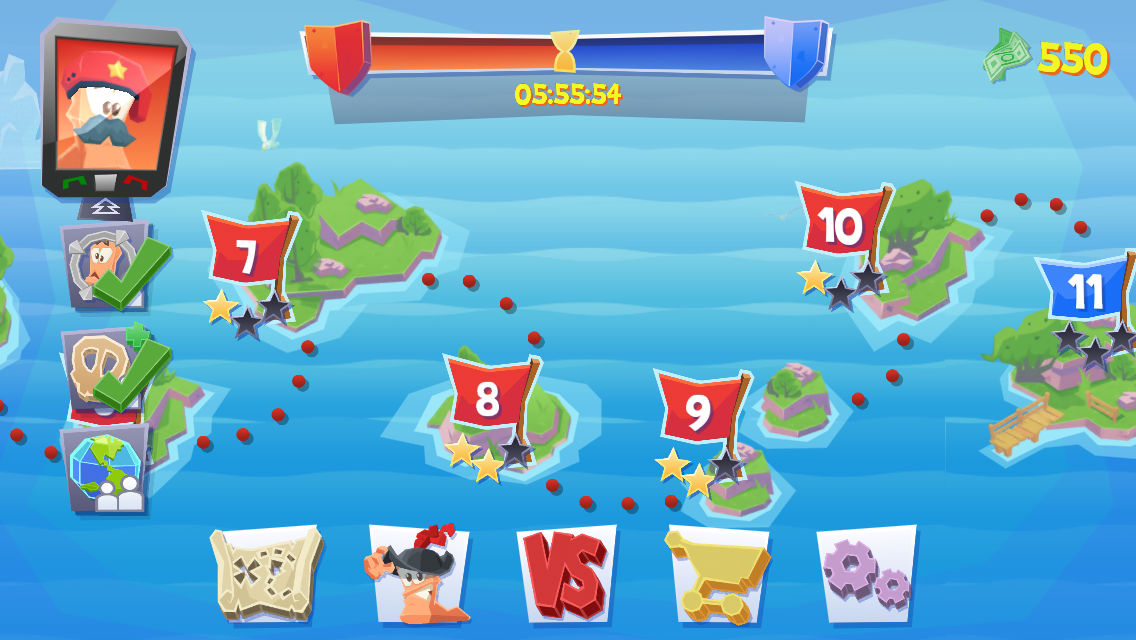 Whichever game mode you engage in, the battles are three-on-three. This may come as a disappointment to Worms veterans, but it suits the mobile format. Matches are a little quicker, thereby making them ideal for a bus or train trip. The battlefield is smaller, too. That said, Worms 4 still isn’t a game that’s well-suited for waiting in line. A match still takes a bit of time.

In addition to slimming things down for mobile, Worms 4 adds some features that make it a touch more social (ironic, considering the busted live multiplayer). You can engage in daily tasks that offer up rewards when completed. You can also sign into Facebook to fight friends, and join a faction. Factions fight a “tug-of-war” in the background, and the winning team receives prizes daily. 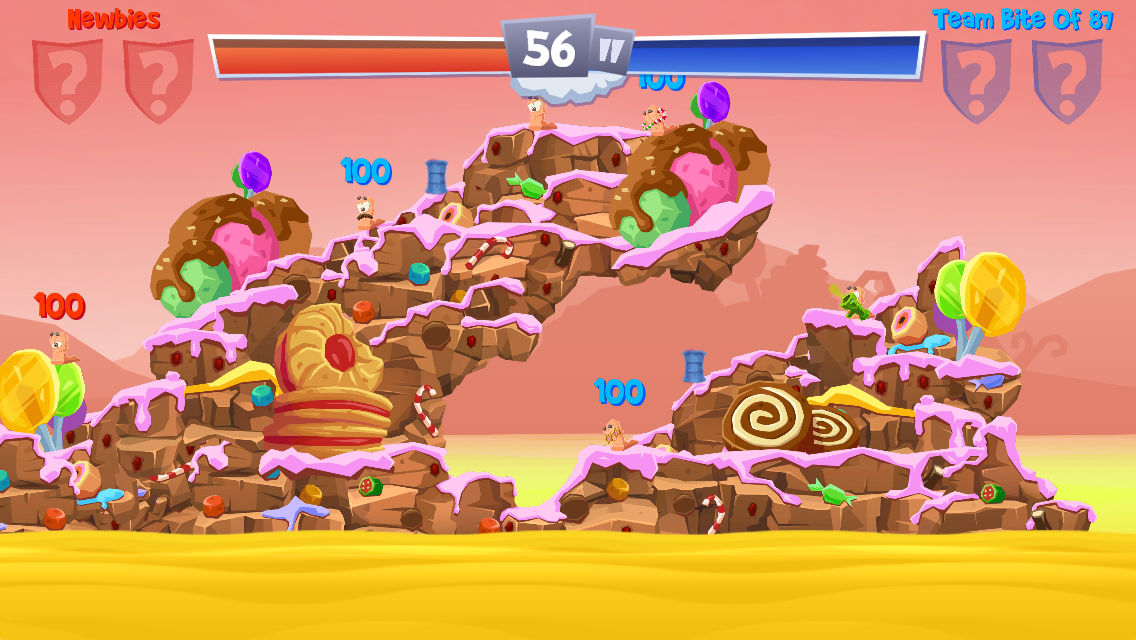 There are also bronze, silver, and gold crates that mete out upgrades for your weapons, as well as accessories. These crates can be bought with “Donkey Dollars,” which can be earned in-game or bought with real-world cash. Either way, these upgrades really aren’t necessary. Though the game’s AI can be frustratingly on-target, succeeding in Worms 4 still largely depends on your ability to utilize the terrain and its hazards against your foes. Buffing yourself up won’t help you out much.

Worms 4 may irritate series purists, and it may intimidate newcomers a touch (its in-game tutorial and guide can use some work). Its server problems are disappointing, too. But if you approach it with an open mind, and if Team 17 applies a bit of polish, you may find this take-out version of Worms to your liking.