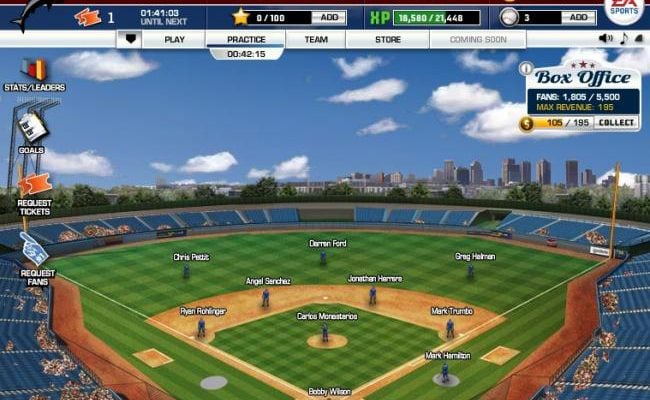 EA continues to expand its line-up of social sports games, this time tackling the world of professional baseball with World Series Superstars. But while the game is quite similar to its predecessors FIFA and Madden, it also adds an extra layer of depth and strategy that makes for a very addictive game for baseball nuts.

You’ll start off by creating your own team, which involves choosing a logo, colors, and a name. Your team consists of actual MLB players, though to start off with the superstars will be few and far between. Your major league career actually begins in the minor leagues, as you’ll initially be taking on lower level opponents. But once you reach level five it’s time for the pros. 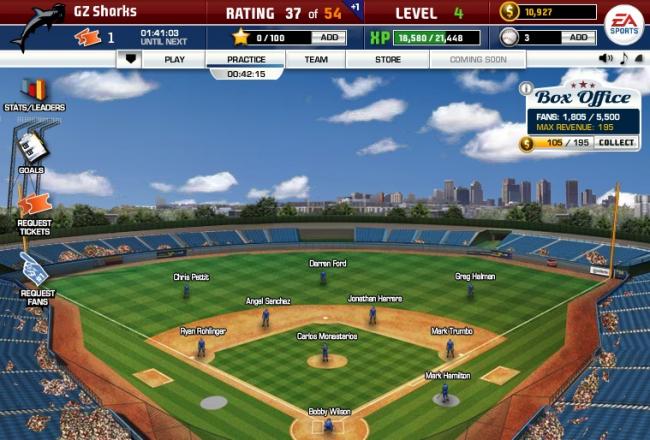 Much like in previous Superstars games, you have the option of watching an animated version of each game or skipping past the whole thing and going straight to the final score. But in a much welcome twist, you can also participate in the game as well. You can decide whether or not to pitch to the batter or walk him, whether or not to bunt or to swing away. It’s a simplified version of baseball, with each batter only getting on pitch per at bat, but it feels substantially more engaging than previous efforts. There are even power-ups that let you pull out a well-timed home run or strike out.

Of course, the majority of the game is still centered around managing your team. Players are represented by cards, and you can purchase additional sets with the money you earn from winning games and from ticket sales. You never actually know which players you’ll get, but the price of the cards denotes the quality of the players you can expect. Money can also be spent on sprucing up your stadium, which in turn will attract more fans, earning you more money.

You’ll also have to put your team through practices, which, surprisingly, works a lot like the farming mechanics in other social games. Each type of practice takes time to finish, anywhere from an hour to a few days, and you’ll have to return to the game in time to reap the rewards. And those rewards are important. Practicing earns you ratings points, which are what you’ll need to replenish your players after playing games. If you don’t collect them your team will start playing poorly. 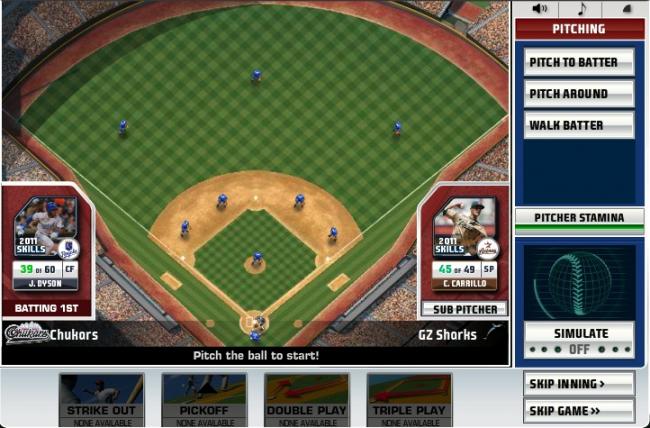 In terms of social play, World Series Superstars offers a pretty standard set of features. You can send gifts back and forth, request items from friends, and play exhibition games against one another. You’ll also need friends to help construct many of the add-ons for your stadium. The requirements aren’t too stiff, though, and this is a game you can still enjoy playing solo or with just a few friends.

The Superstars series continues to improve with each new entry, and World Series Superstars is simply the best so far. It builds upon the addictive management-based gameplay of the previous games, but adds in a much more engaging ability to actually participate in the games. It’s fun, satisfying, and the perfect way to kick off the new baseball season.