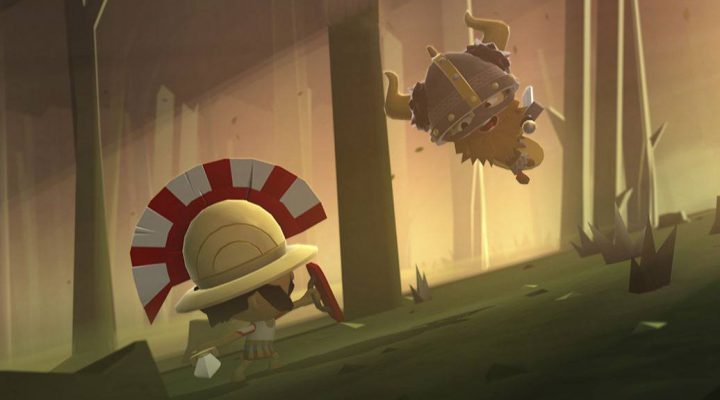 Actual history thrown in as a bonus.

A little hard at times to get those warriors you want to collect.

My editor here at Gamezebo assures me that no one owns acronyms. Still, since someone else told me that WoW is already taken, we’ll either have to call World of Warriors by its full name or think of something else.

Mind Candy’s mobile collect and battle game doesn’t have much in common with that other game, but it travels its own path over familiar ground well enough to make you believe it could make a name for itself.

The trappings of games like this are definitely not unique. The core concept is to build a team of warriors that will see you through increasingly difficult battles against AI opponents (and someday, PvP as well) with anywhere from one to three combatants on each side. 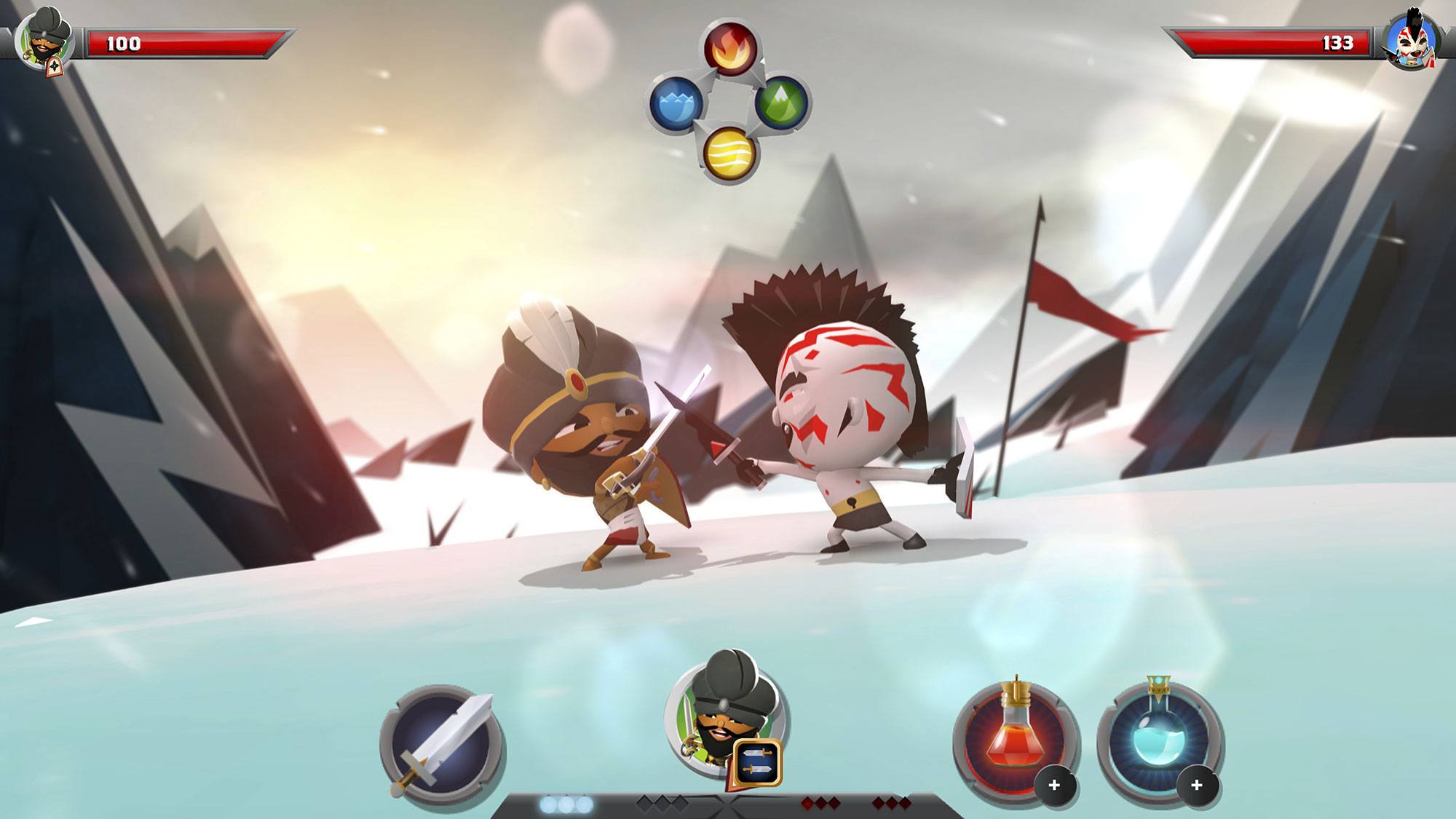 Fighters have elemental affinities that interact in rock-paper-scissors fashion to do more or less damage, depending, and each warrior has his own special move with some impressive visual effects to go with it. Warriors can be leveled up and outfitted with Talismans to improve their stats, and there are a bunch of them in different rarity levels to collect.

That’s what grabs you as familiar, but World of Warriors is much more compelling because of what’s different. The biggest and most noticeable change from other collecting-oriented games is that you aren’t a passive observer during combat. 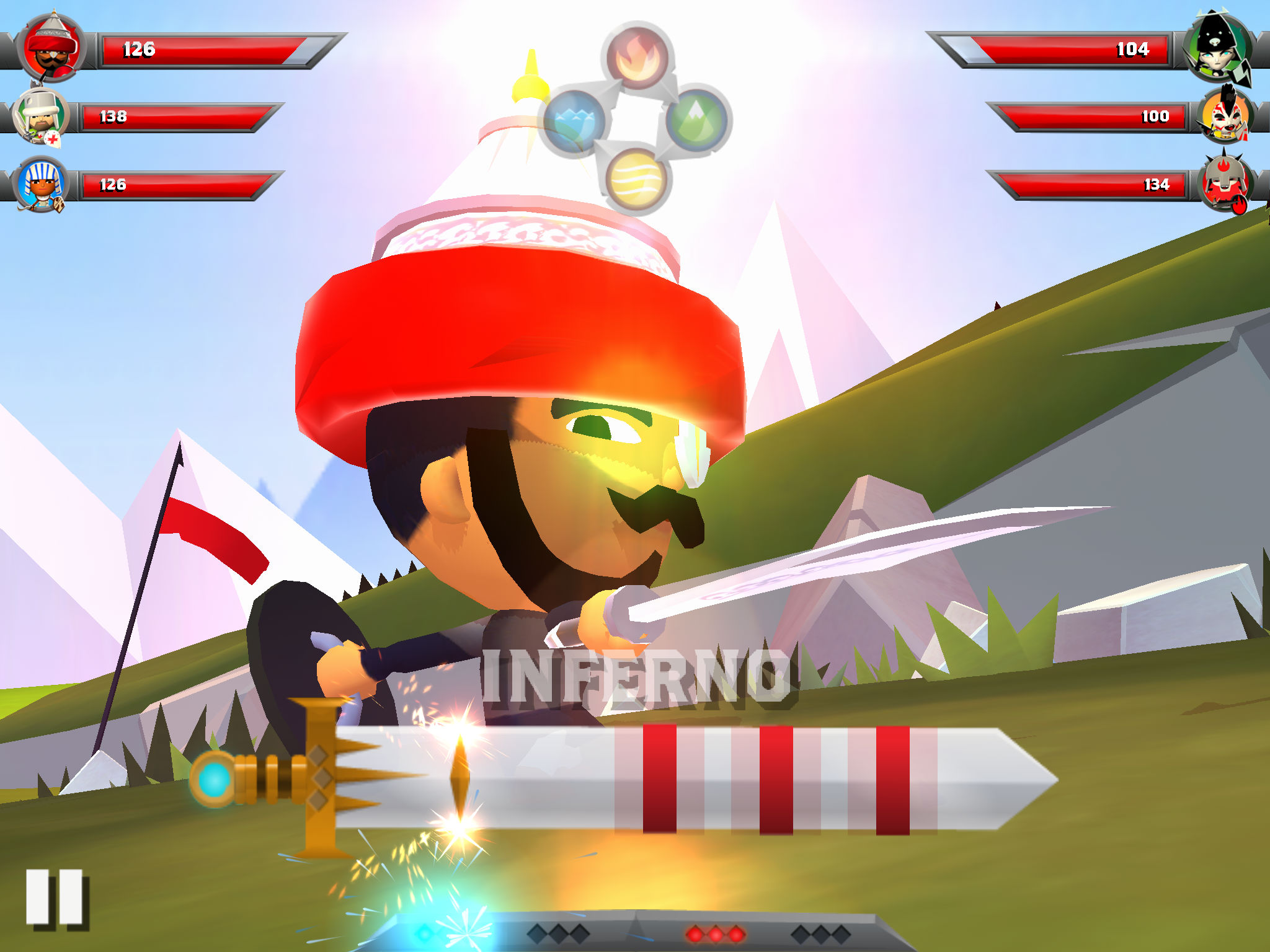 Numbers are still important, and skill isn’t enough to overcome a huge disparity in stats, but every swing of the sword does more damage with a well-timed tap, and special moves require quick reflexes in order to have the biggest impact. Even the coins and crafting materials that pop up as rewards need to be gathered quickly before they vanish.

Another welcome inclusion is the presence of side battles along the main path that are there specifically to allow you to level up warriors if what lies ahead is too tough to tackle. Titles like this often make some grinding mandatory, but they don’t usually give you a specific place to do it that is something other than repeating the same fights over and over. That’s a small but important distinction.

Last but not least, there’s the fact that you could accidentally learn something while playing this game. The warriors are based on historical fighters from civilizations all over the world — pretty much anywhere people did battle hand-to-hand. I’m not suggesting you attempt to substitute what you see while playing as an answer on a history test (and kids, I’ll deny this if you say I did!), but it does add another layer to what would otherwise be just one of many fantasy battle titles.

Mind Candy also made sure to give World of Warriors its own distinct art style, and the result is instantly apealing. The characters are almost like caricatures with big heads and small bodies, and everything they do from training to opening treasure chests oozes with personality. In fact the warriors seem like pretty happy guys considering you’re asking them to constantly do battle. I’m not sure what that says about them mentally. 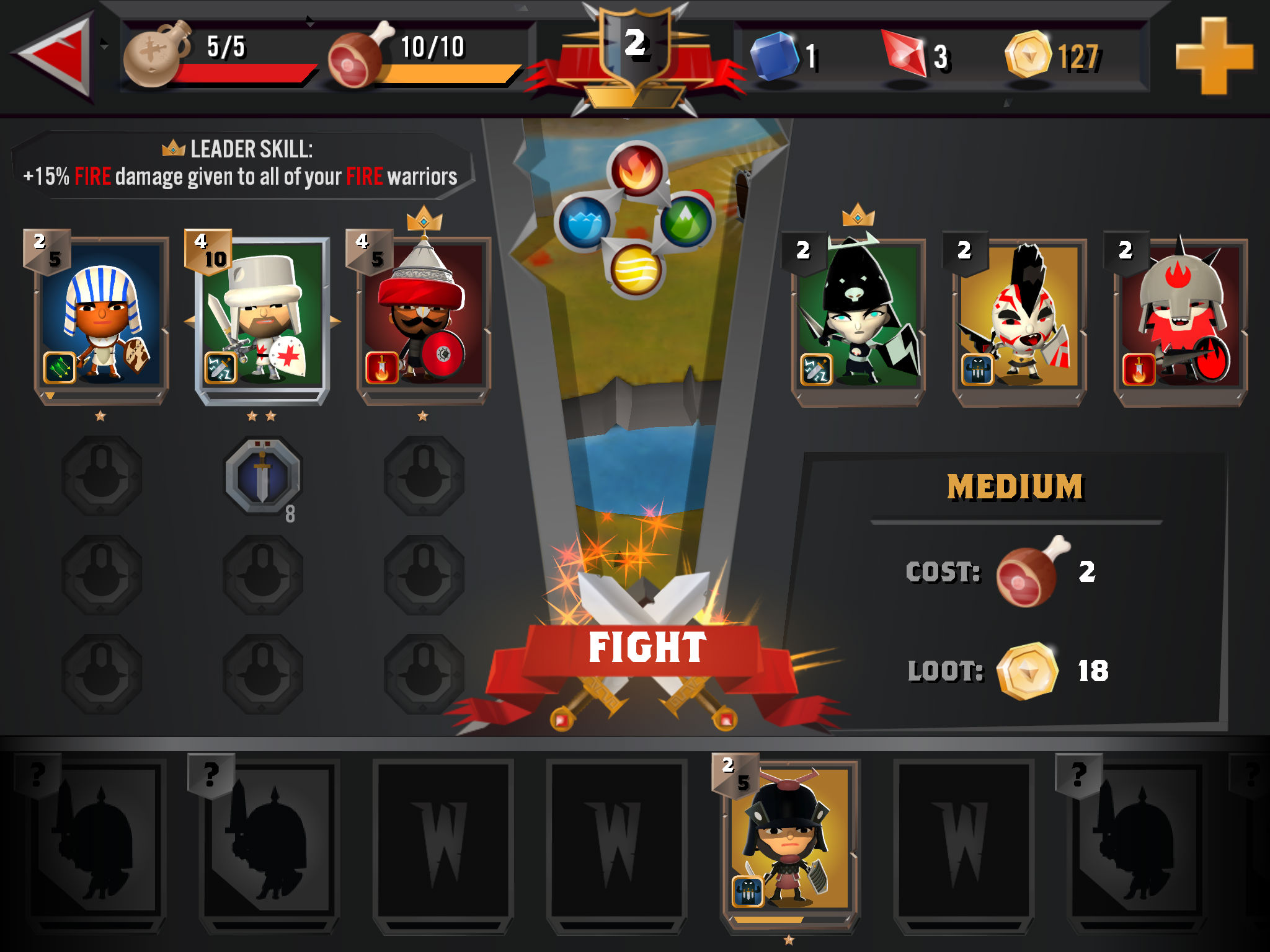 What’s not to like? I could do without the three separate currencies and two energy systems for different aspects of gameplay. The temple where you acquire new warriors will also yield other goodies at times, which is nice, but there are times when you really need more fighters and can’t be 100 percent sure that you’ll get them. I also encountered some times where I couldn’t open the Temple or connect with Facebook, but those could have been issues on my end.

They’re certainly not enough for me not to recommend World of Warriors. Yes, we probably can’t call it WoW without confusing the heck out of some people, but this is one game that shouldn’t need a catchy abbreviation to earn some fans.