Home / Reviews / World of Kings Review: Is the Latest Autoplay MMORPG Worth Checking Out?

World of Kings Review: Is the Latest Autoplay MMORPG Worth Checking Out? 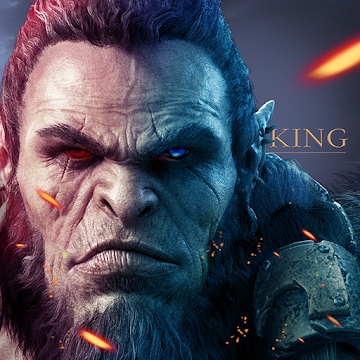 Pay to win isn't as prominent...

...but the subscriptions are expensive

The story is skippable

World of Kings is the latest in a long line of autoplay MMORPGs on mobile and that will either please or horrify you depending on your feelings towards the genre.

The big features with this one are its extensive races and class features (there are four races to play as and a whopping nine classes, each of which can upgrade to one of three different advanced classes later in the game), the gorgeous visuals that wouldn’t look out of place on PC, and it’s movement away from pay to win.

The latter of those features might have excited you the most, so let’s clarify: this is still a game that you’ll likely need to drop a bit of cash on at some point. Sure, it’s a lot less greedy than most thanks, in huge part, to a cash shop that relies on cosmetics over powerful weapons.

But then you’ll notice that there are three different subscriptions to pay for, each of which offers a different enhancement. We’re both for and against this – for, because you get the choice to only subscribe for what you need rather than everything for a higher cost and against because all three are pretty pricey and we’re not sure at this point how much you’ll need them.

We can say that our early experience has been pretty easygoing in terms of needing to pay, but that’s often the case with a freemium game. We’ve had no trouble battling through dungeons and completing quests, with the drops we’ve accumulated along the way more than sufficing.

What struck is initially about World of Kings was just how beautiful it is, and the developers clearly realise that too – they’re always panning the camera across the game’s sweeping vistas, showing off the attention to detail. That’s not really a bad thing.

But that level of attention also extends to attack animations, character models, and the various different mounts and pets you unlock. While visuals are never the be all and end all, we’re still pretty taken with it.

Combat plays out automatically, as is typical of the genre. A feature we appreciated though was the ability to set a skill priority while autoattacking. MMORPGs generally feature desired rotations when unleashing skills and allowing us to set our own and the character just get on with it was pretty cool.

Combat Plays Out Automatically, as is Typical of the Genre

The animations are pretty nice too, and not overly flashy like in many others. It feels like a bit of a stripped back experience, in a good way, allowing you to appreciate the crunch of combat rather than just getting dazzled by a bunch of flashy skill animations.

The story doesn’t impress quite so much though. We’re still not sure why developers bother to even shove a story in these games, as it always feels like an afterthought and we mostly skip the garbage dialogue to get to the good bits. This is no exception, with the same nonsensical save the world rubbish we’ve seen thousands of times before.

Ultimately, World of Kings is a pretty solid new entry in the MMORPG genre on mobile. It doesn’t reinvent the wheel, so won’t tempt anyone who’s sceptical about the genre but fans might appreciate the huge variety of classes, gorgeous visuals, and lower levels of pay to win.