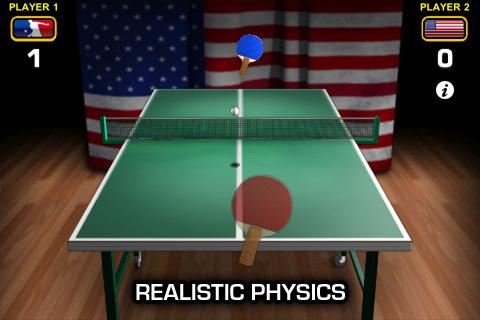 Did you know that ping-pong, once upon a time, served as the ice-breaker between Communist China and the United States in the 1970s? It’s true: the U.S. and China sent ping-pong players to each others’ countries, which paved the way for Richard Nixon’s diplomatic visit to Beijing in 1972. In short, ping-pong helped change the world, and now you can play it on your iPhone with World Cup Table Tennis.

The game, as you may have guessed, is a ping-pong simulator, and it’s about as easy to pick up and jump into as a real-world game is during a slow afternoon at summer camp. Much like the real thing, the game is quick to get into, but takes a crazy amount of time to master. 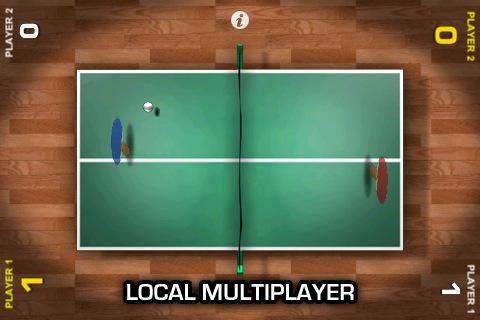 Unfortunately, the only real problem with the game is also a pretty big one: its gameplay is really frustrating, bordering on bad. Players are required to drag their fingers across the screen in order to move their paddle. This doesn’t work terribly well when the action is getting crazy because the drag of one’s finger inevitably slows things down.

The other problem is that dragging one’s finger around obscures the view of the screen. A much better design choice would’ve been to utilize swipe controls, as it would’ve allowed players to move much faster and wouldn’t make it hard to see things on the screen.

In spite of the frustrating gameplay, World Cup Table Tennis does actually manage to contain a lot of stuff to do. There are a slew of modes to play, including Practice, Arcade, Tournament, and a head-to-head two player mode. Players can also select different paddle types that contain varying attributes, as well as play for different countries (thereby recreating the iconic U.S./China games, if they so choose).

The audio and graphics are also top-notch. The visuals, in particular, are great thanks to their lovely 3D perspective. The audio is surprisingly solid too, with great sound effects that sound completely realistic.

World Cup Table Tennis feels like it should be much better than it is, thanks to the excellent production values and huge amount of content it contains. Unfortunately its flawed mechanics drag it down from greatness, leaving it firmly in the realm of mediocrity.