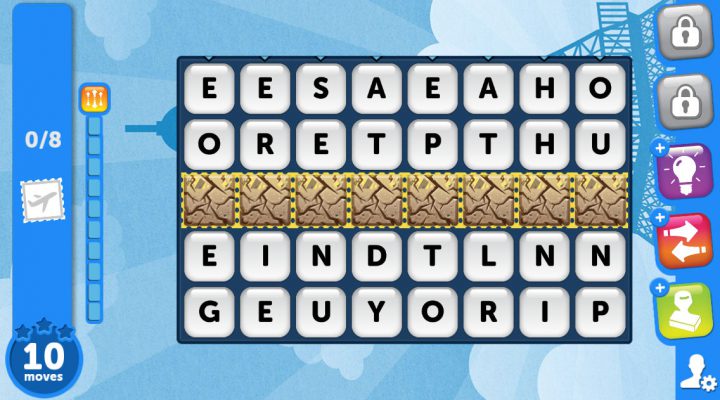 A simple but fun word-building game.

Noodlecake’s Highrise Heroes is one of the best new word games on the App Store and Google Play. That said, there’s surely a splinter group of word game purists out there that’d rather not have character drama and monkeys mixed up in their letter chains.

Good news, then, for lovers of the simple word. Zynga’s Words on Tour is a well-constructed spelling game that gets back to the basics of linking letter tiles. Constantans are constantans, vowels are vowels, and there’s no need to work through a story about interns and earthquakes.

There are still plenty of level gimmicks, though. Can’t have a mobile word-building game without a few of those. 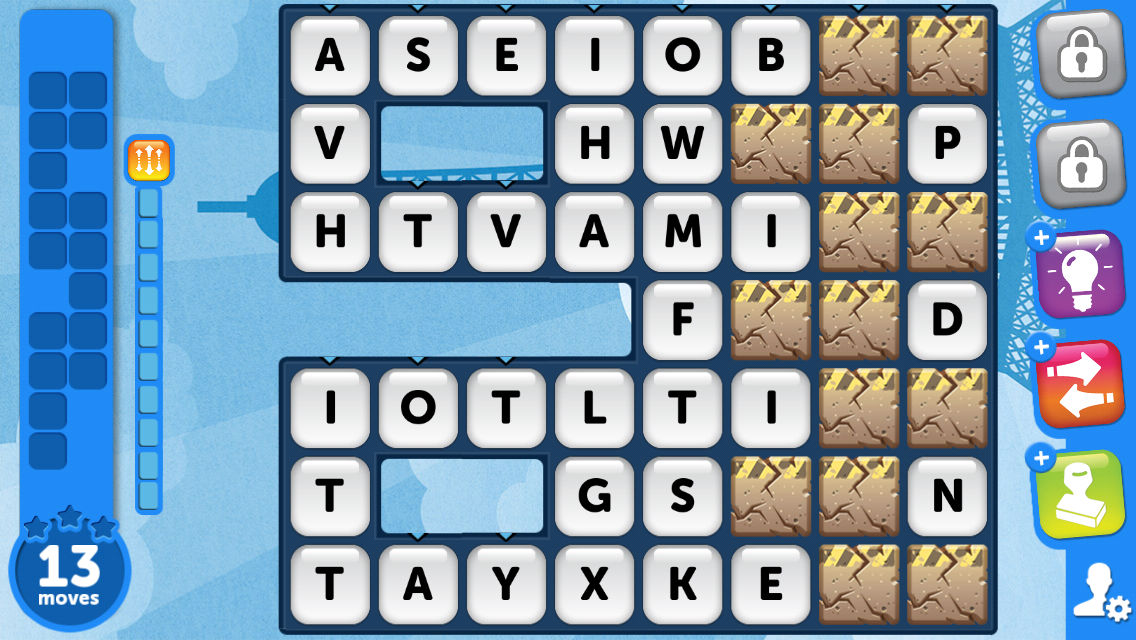 Words on Tour’s early levels are straightforward. You collect an allotted amount of tiles by spelling words within a predetermined number of turns. They have to be legitimate words, though. No “quijibo” allowed. Thankfully, the in-game dictionary is competent.

It is, however, slightly irritating that Words on Tour doesn’t allow you to make curse words. Yeah, the game is presumably for all ages, but let’s address the two elephants swaying in the room:  1) Even young kids are going to try spelling the F-word as soon as possible.  2) When a game hobbles you with a turn count, it’s not really fair to ban words that are in the Oxford dictionary. Granted, Zynga probably doesn’t want to reward kids for spelling out slurs, but maybe there can be a happy medium that involves parental controls.

Either way, Words on Tour becomes a bit more demanding as its levels pile up. You’ll need to spell out phrases by linking letters to make words that fill in blanks Wheel of Fortune-style. You’ll need to collect stamps by utilizing the letter tiles sitting on top of them. You even need to spell words in order to direct a token to a bus, which involves swapping the game between its vertical and horizontal orientations. It’s weird and a little frustrating to wrap your head around at first, but it’s definitely an original gameplay mechanic that’s enjoyable to return to.

In fact, Words on Tour in its entirety is a fun game to come back to when you have a few minutes to kill. The game is challenging, though not unfairly so. You shouldn’t find yourself stuck on a level that gobbles up all five of your lives in record time, at least not for a long time. A half-decent vocabulary and a bit of persistence should carry you through the majority of the game’s challenges without any major scrapes. My vocab is only halfway cromulent despite being a writer, and I did pretty okay. 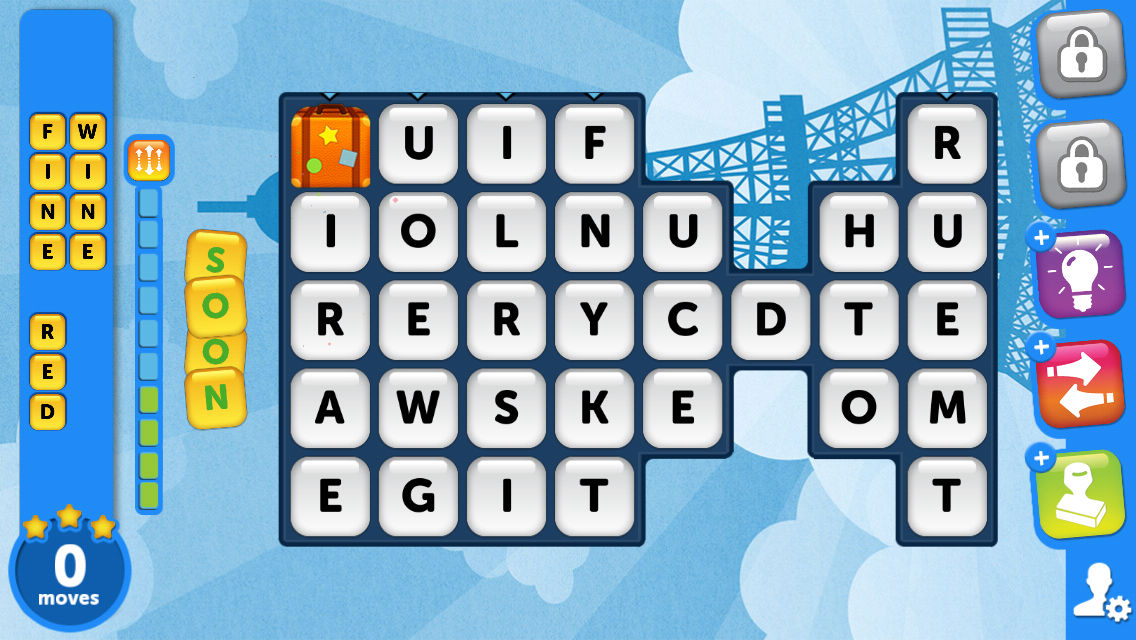