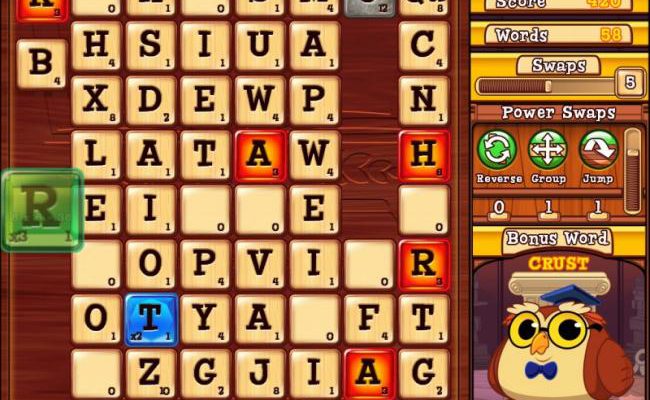 Word U is an enjoyable game, but doesn’t do much to stand out

Word games are a dime a dozen. For every smash hit like Words With Friends or Quarrel, there are a handful of attempts that lack either the polish or the concept to stand out from the rest. Word U, like many word games, has a solid (though not very fresh) concept backed up with a visually pleasing style. There are some smaller annoyances, but Word U‘s biggest flaw is the inability to differentiate itself from the competition.

There are two main gameplay modes in Word U, and they both revolve around the same idea. Given an 8-by-8 area of letters, you need to swap adjacent tiles in order to form words. For a word to count, it must be at least four letters long. If you make a word longer than four tiles, you’ll receive bonuses relative to mode you’re playing. This is pretty straightforward, though it feels a little odd how “Qu” counts as two letters but only one tile. 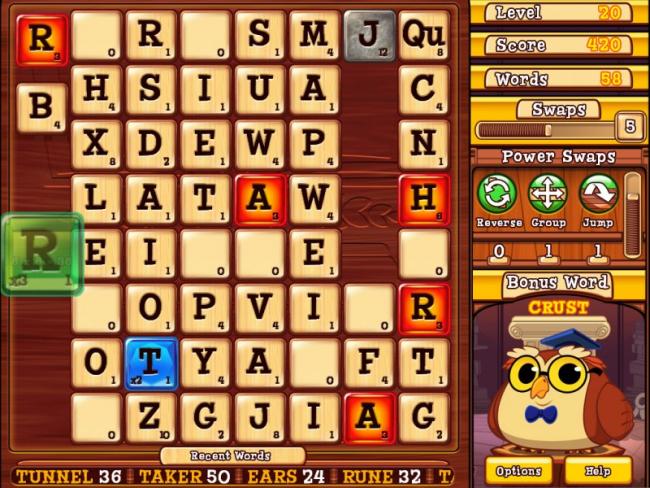 The first mode is dubbed “Classic,” despite Word U being a brand new game. Like many other word games, you shift tiles around and form words. Then those tiles disappear, everything above them falls, and new tiles fill the void. This drop mechanic allows you to set up chains with falling letters. Even if you don’t plan chains, the Word U dictionary is large enough where enough new letters will inevitably give you a large combo. Once I got the hang of things, it wasn’t uncommon for me to form a 6 letter word (which nets you a multiplier tile) and see it followed up by a half dozen new (and unplanned) words falling from the sky.

Classic mode has a ton of obstacles and limitations that attempt to raise the difficulty. First of all, you’re given a set number of words to spell in a level, but also a set number of swaps to use. Luckily you can earn more swaps by gaining enough points through your word making. When you gain enough points, you also earn special swaps that let you reverse the order of a line, shift an entire group of letters, and swap non-adjacent letters. These tools are invaluable as you progress, and learning to use them efficiently is key to success.

Classic mode is supposedly made harder through the inclusion of hot and stone tiles. Neither of these can be swapped, and the stone tiles are also unaffected by gravity. You can easily destroy them by using them in words, but you’ll sometimes get stuck in an impossible situation.

The random placement of tiles keeps the game from feeling difficult. Even when your goal is to make 70 words with only 10 swaps, you’ll quickly earn points through lucky drops and your goal soon becomes much more manageable. To soften the blow more, there’s no penalty for failure. If you don’t complete a stage before running out of swaps, you can simply restart that level with your previous score. Knowing I wasn’t punished for failure left me feeling unmotivated to complete a level in one go. 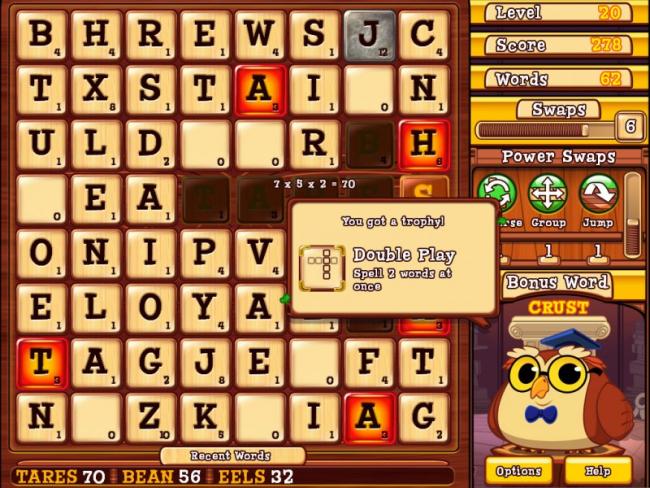 Action mode is a completely different animal. Similar to a game like Puzzle League, you’re given a couple rows at the start, and others rise from the bottom. In this mode, you can freely shift around letters (except the red hot ones). Forming words will stall the timer, giving you another few seconds before another layer enters. Your ultimate objective is to get through 20 levels without reaching the top. Like classic, the difficulty rises in action mode. Fortunately, luck plays a small role in action mode, and here a game over really means something.

Long words in action mode give you crosses and bombs. Crosses will destroy tiles touching any of that tile’s sides, while bombs will destroy all tiles in a certain radius. These tools can be used to clear space or destroy immovable letters. The hot tiles from classic mode appear and actually feel like a legitimate obstacle this time.

Sadly, action mode leaves a lot of potential untapped. The 20 level limit leaves you wishing there were more, and I couldn’t help shake the feeling that Fugazo missed the boat on a great multiplayer opportunity. As it stands, action mode is simply a short, but fun, experience that you’re likely to play once and forget.

Being forgettable is Word U‘s biggest problem. The polished gameplay and visuals are nice and the dictionary is good (though a bit too good, you’re likely to accidentally make words that are slang or foreign). The game also comes equipped with a local scoreboard, multiple profiles, and trophies. But as fun Word U can be, it doesn’t feel fresh for too long. Word buffs should get some enjoyment, but puzzle fans will lose interest after a short while. If you’re always up for new word games, there’s no harm in giving this a shot. Just don’t be surprised if your attention moves elsewhere relatively quick.