Home / Reviews / Woka Woka review – a marble shooter that stands out from the crowd?

Woka Woka review – a marble shooter that stands out from the crowd? 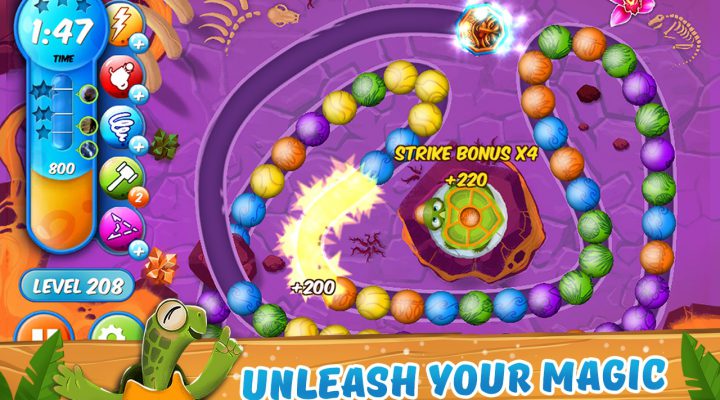 Perhaps too challenging for some

Turtles are generally known for their defensive prowess, since they basically live inside fortresses. However, they can attack too, and if Woka Woka is anything to go by, they can also shoot marbles from their mouths.

If you’ve ever played a marble shooter you’ll know what to expect from Woka Woka’s core gameplay. The aim is to make matches of three or more of the same colour by firing marbles from a pivoting turret at a long, winding line of marbles making their way towards a hole.

Whenever you make a match of more than three, those marbles disappear. If you don’t clear them fast and the line reaches the hole it’s game over. 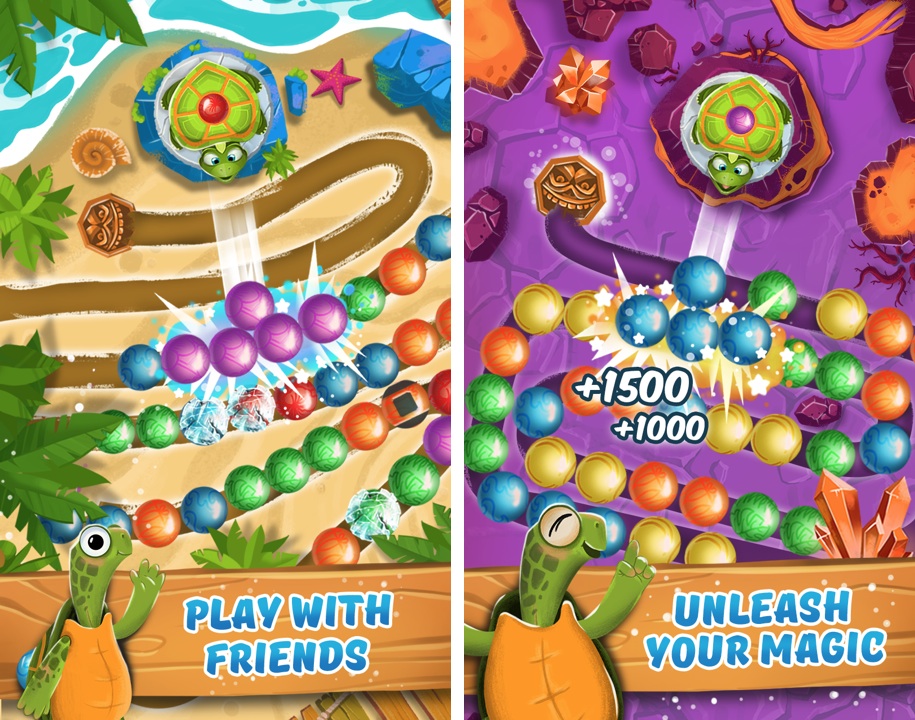 Even if you’ve never played a marble shooter like Woka Woka, you’ll be all over it in seconds. It’s an intuitive set-up and the first few stages are an absolute breeze. Not only do you finish stages easily, but you keep unlocking powerful items that you can never imagine having to use.

But around stage 20 things get significantly harder. Suddenly, you find you can’t keep the snake of marbles from reaching the hole.

This has the effect of forcing you to concentrate, and Woka Woka starts to come into its own when there are high stakes attached to every move and you can’t afford to falter even slightly in your aiming or your decision making. 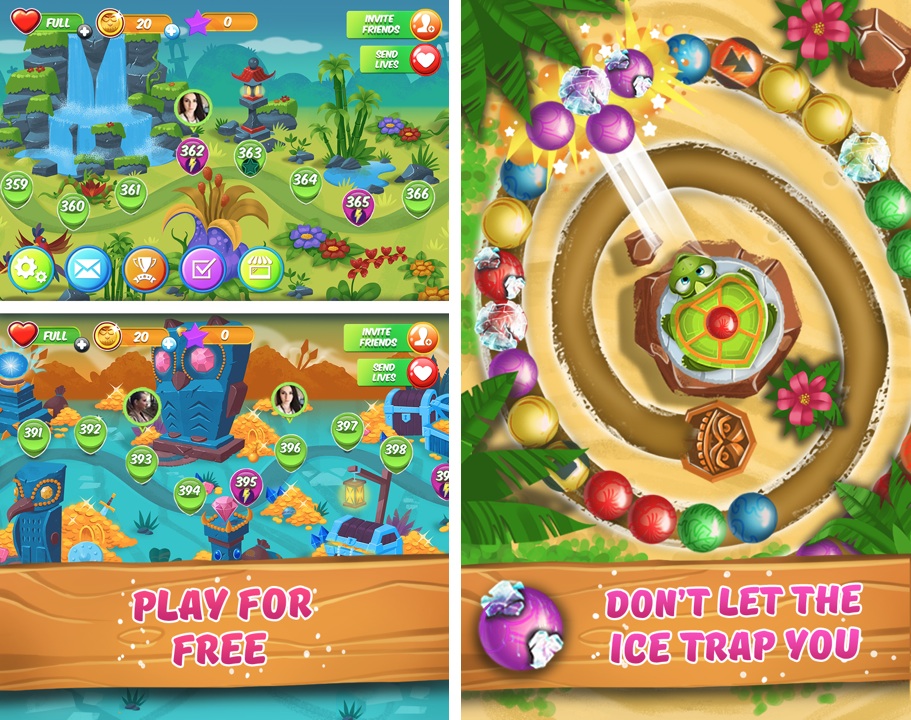 You become aware that clearing a cluster of marbles only briefly creates a break in the chain. It closes fast, and choosing the right targets is everything. For example, you can inadvertently shunt a cut-off line of marbles into the hole if you slot a marble into it. Don’t do that.

Along with the standard marbles there are ones covered in ice. Before you can clear them you need to chip this ice away, leading to accuracy-testing moves where you have to aim your marble so that it hits the icy marble first before shuffling into the line on the right side to make a match.

And still you’ll struggle to clear stages without the help of a few little boosts and power-ups. Firstly, symbols occasionally appear on some marbles indicating that if you clear them you can slow, pause, or reverse the flow for a short time. But these symbols only appear temporarily, and as often as not you can’t get around to making a match before they disappear again. 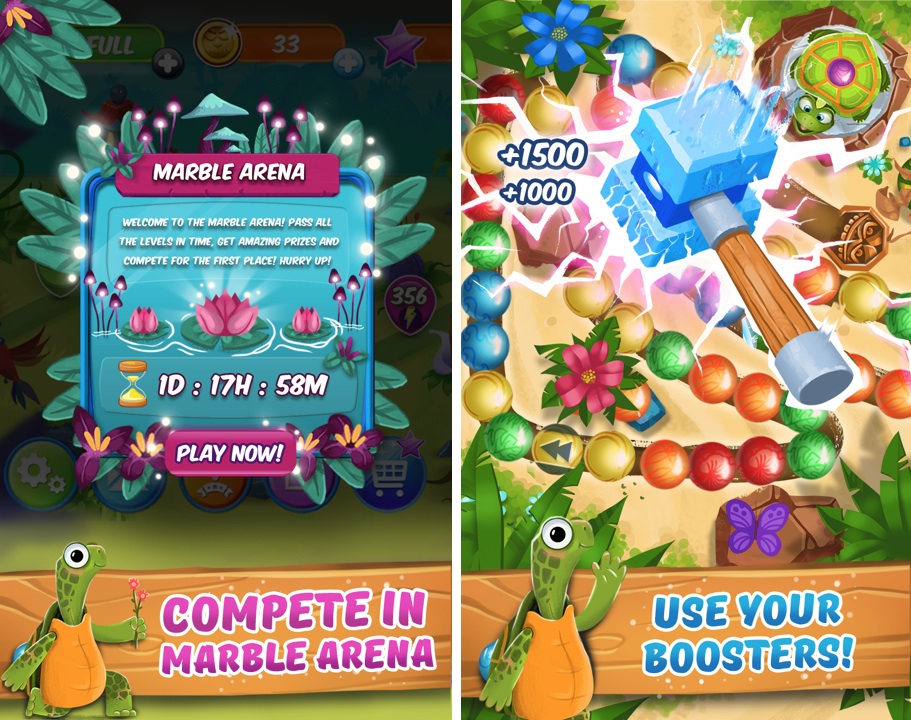 Fortunately there are even more powerful boosts available, in the form of consumable items that clear multiple marbles at once. These include the tornado, the mallet, the cannon, and others. They’re highly effective, but you only ever have a limited supply, which is regenerated through completing quests, logging in daily, and generally progressing through the campaign.

Naturally, because Woka Woka is a free to play game, you can also buy stuff in the shop to help you out.

Developers often struggle to get the balance right between encouraging players to spend and letting them have fun for free. Some will no doubt feel that Woka Woka gets the balance wrong, flinging players at a wall of difficulty to encourage them to pay for boosts and lives, and watch ads.

There’s no doubt that Woka Woka is a very challenging marble shooter, and how far you can get before frustration sets in will be down to your own skill level. But if you want to test yourself, it’s worth a look.

Take on the challenge of Woka Woka yourself for free right now on Google Play and the App Store!