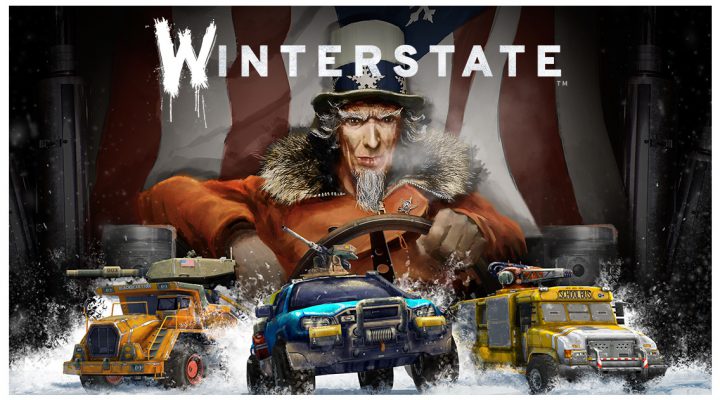 Great mix of action and strategy.

Varied assortment of vehicles to choose from.

May encounter some camera/panning issues.

I feel comfortable in saying straight away that Winterstate is a fun game. The car combat genre is one that I have yet to tire of (no pun intended), and PlayRaven’s latest title has plenty of car combat.

In Winterstate, the gameplay revolves around maneuvering your squad of vehicles through levels in an effort to out-maneuver the enemy vehicles and destroy them. Only by careful movement management and quick-on-the-throttle combat decisions will players be able to attain victory.

Players can select and upgrade the vehicles of their choice for each mission. Smart players will learn the strengths and weaknesses of each vehicle and make careful selections based on the enemy types predicted to appear in each level. 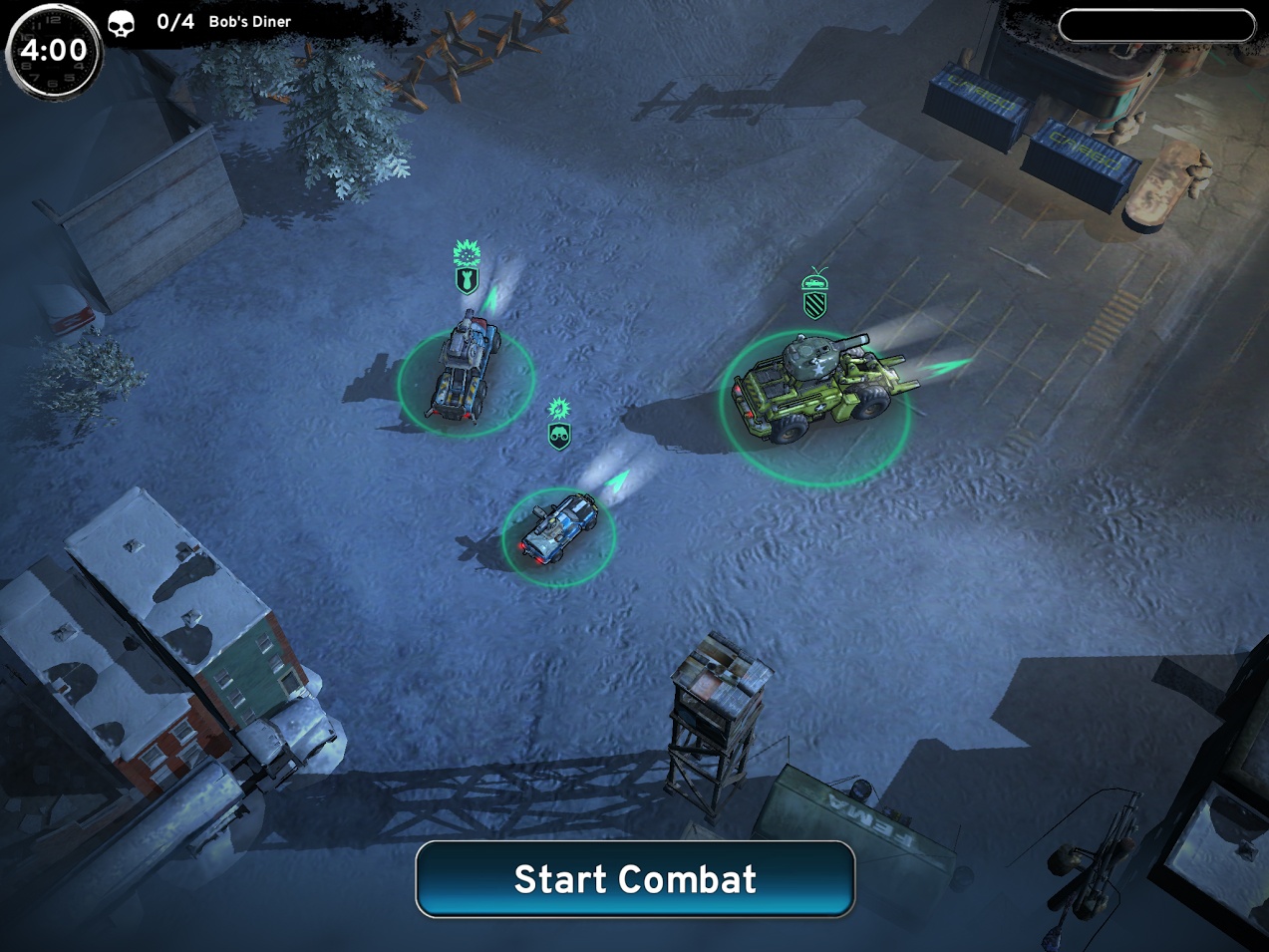 Each vehicle has a default fire mode and a special ability that players can use against their foes. Special abilities are available once any vehicle activates one of the power-up points scattered throughout each level. For each power-up point claimed, players can opt to utilize one special ability from any of their vehicles, regardless of which one specifically activated claimed the point. This creates a little mini-game within the levels that involves making sure you’re picking up as many crucial power-ups that you can, as they slowly recharge until they become available again.

I say “crucial,” because these special abilities can absolutely reverse a lost cause into a victory. For example, just as I was about to lose my Loadbeast, my scouting vehicle claimed a power-up point and I could activate the Loadbeast’s shields and absorb the next few hits, which gave me the time I needed to destroy the last enemy vehicle.

Maneuvering in Winterstate is just as crucial as managing your power ups.

To direct the various vehicles in their control, players simply tap the vehicle to select it, and then trace a route with their finger. The vehicle will follow that route as best as it can (sometimes it will need to navigate around corners or other vehicles) and will automatically engage any enemy unit that comes into range. 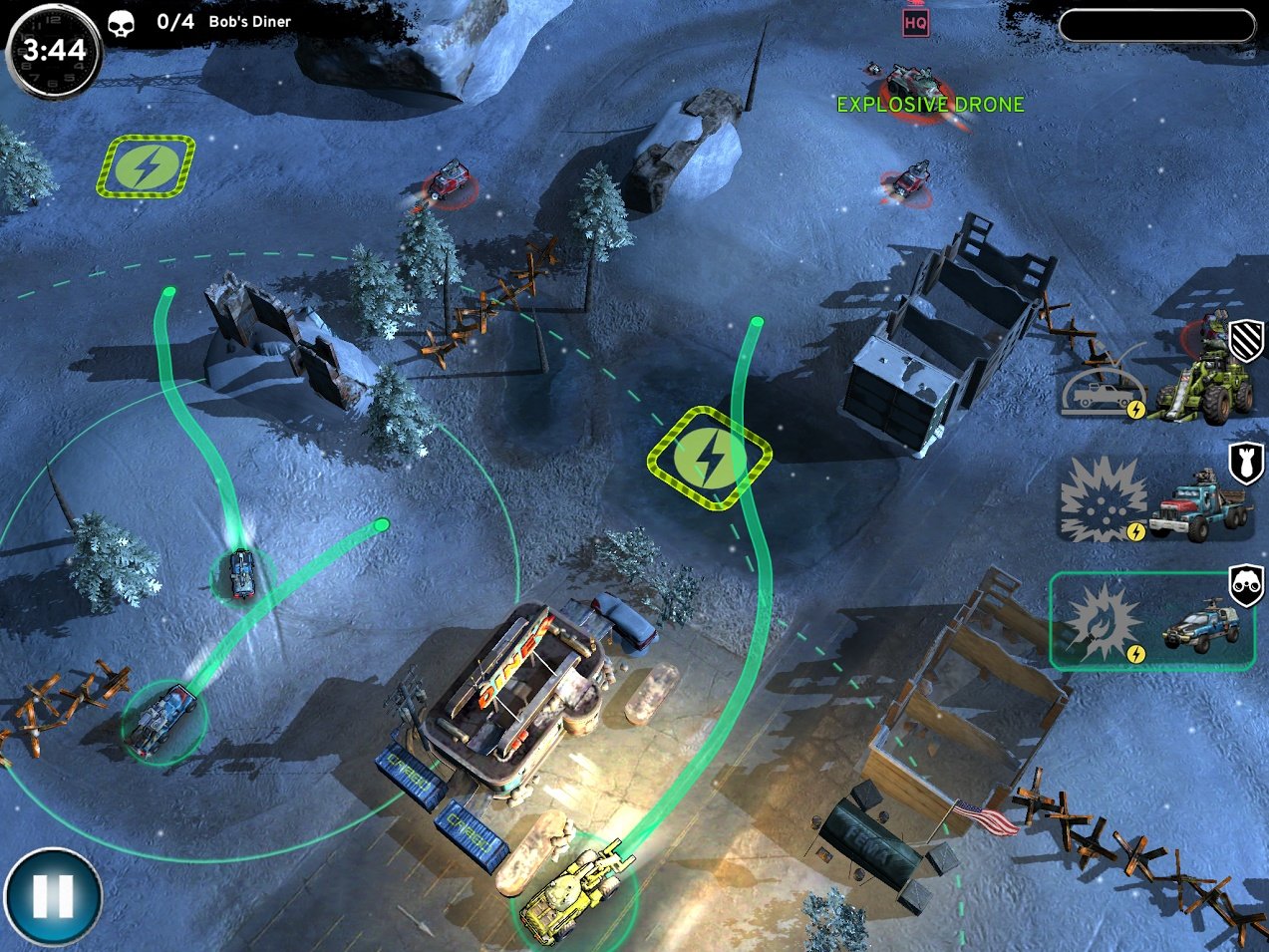 It sounds easy, but it can be tricky. As satisfying as it is to actually trace your vehicle’s route with your finger, the touch screen controls yield hazards of their own. Namely, if you are swiping to adjust the camera, you may accidentally swipe away your vehicle from the path that it is currently on. In the heat of battle, having a vehicle suddenly careen off course , or worse, slowly start heading in reverse, can be disastrous.

I also found managing more than a pair of vehicles tricky, as I would have to scoot the camera around the map to the various locations to monitor each vehicle. There are icons on the side to show the status of your vehicles, but unfortunately tapping on them does not snap the camera to their position.

In this regard, much like my experience with Door Kickers, I feel like Winterstate would feel better on a PC, where I have a mouse for precise commands and a keyboard for hotkeys. But, as it was on my iPad, Winterstate did just fine. The game is an excellent combination of action and strategy.

The only really significant problem with the game is how it manages its resources. There is a market mechanic in place in Winterstate where players can buy goods from one settlement and sell them to another settlement for a profit. Storms move in and affect the supply and demand of each region, so players can easily make a profit if they pay attention to who needs what and where they can get it for cheap.

While functional, I found this mechanic dreadfully dull. It clashed too harshly with the exciting action that each level provided, and I came to dread the portions of the game where I needed to utilize the trade system for any reason. Thematically, it works, but it’s just not fun.

Beyond a boring market mechanic and some clumsy UI issues, Winterstate’s gameplay was so rewardingly fun and satisfying that I was more than willing to deal with the duller bits and ignore the occasional mis-swipe that occurred. If you’re looking for an exciting strategy title on four wheels, Winterstate won’t let you down.