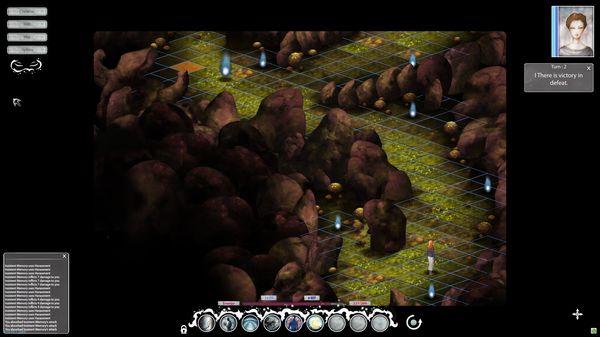 Intriguing and frustrating in equal amounts.

Winter Voices is an ambitious 7-episode tactical role-playing game by French indie developer Beyond the pillars. Avalanche, the first episode in the series, is the kind of game you really want to like. It’s fiercely creative, doesn’t kowtow to any current fads or trends, and offers a wonderful amount of freedom to customize and develop your character. Unfortunately due to heavy-handed dialogue, some localization issues, and battles that move at a snail’s pace, the series almost grinds to a halt before it even begins. There are some very interesting things here, but you’re going to need to be patient to appreciate what the game has to offer.

Players looking for a lighthearted casual fix won’t find it here. Avalanche begins with a young woman, your character, standing over the bed of her father, who has just passed away. The rest of the episode deals with her trying to come to terms with his death, their relationship, her past, and her place in the world going forward.

Avalanche retains some of the trappings of traditional RPGs, but not others. While most RPGs rely heavily on inventory items, weapons, equipment and money, Avalanche places the emphasis on dialogue. Rooting around every crate and barrel looking for loot won’t get you anywhere, because the locations are largely non-interactive – except for the people in the village who you can all talk to, and even earn experience points for doing so.

At this point you’re probably wondering where any sort of conflict comes in. Avalanche is actually full of it, but not in the “beating on orcs with my battle-axe” kind of way. Battles in the game take place not with tangible enemies, but with the woman’s own fears and doubts, which are manifested as abstract clouds and spheres of light. These doubts will “attack” your character, draining her life points. 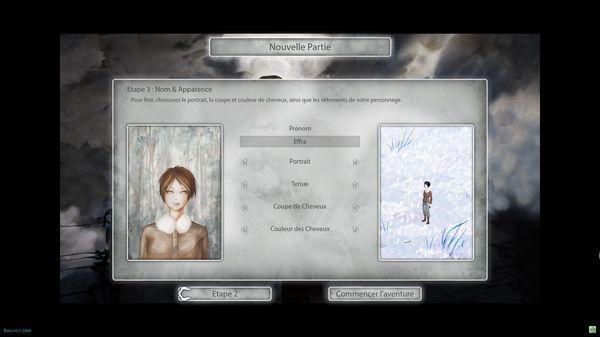 Battles are turn-based, and take place on a grid. You have a certain amount of points per turn to spend on movement and using special abilities, such as pushing the enemies backwards or reducing the damage they can cause. After your turn ends, the enemies take their turns, and so on. Level goals vary from simply staying alive for a certain number of turns to reaching a specific square on the board. Later on, goals aren’t spelled out for you and you must figure out what to do by deciphering cryptic clues.

The idea of conflict being inward, rather than physical, proves a refreshing change from role-playing games where the protagonist feels the need to go around swinging a sword at everything that moves. Even your character traits – which you can customize with points earned through leveling up – are a little different: instead of usual attributes like Strength and Stamina, you’ll get Intuition and Humor.

Avalanche is also the kind of game that invites multiple playthroughs. There are three character classes to choose from, and they can be further customized by increasing certain stats over others, and choosing which skills to unlock from a massive skill tree. You really can sculpt dozens of intrinsically different characters, which makes each playthrough unique. 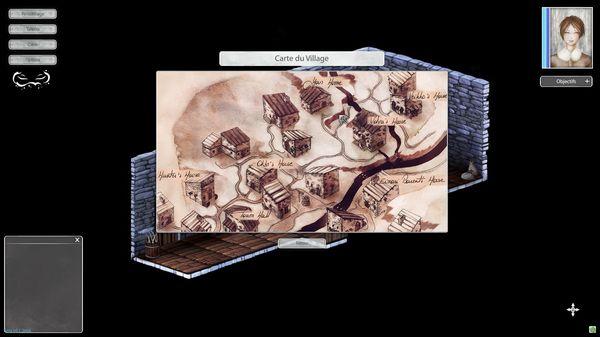 The problem is that getting through the game will take patience. The story is heavy, both in the sense of its soul-searching subject matter and the fact that it’s bogged down by a lot of dialogue that sometimes shows evidence of a bumpy localization process, making it hard to tell whether the reason you’re not quite sure what’s going on is because the translation is weak or because the dialogue is just being poetically vague on purpose.

The battles can be drawn out affairs too, not because there’s a lot of tactical back and forth happening, but because – at least in this first episode – your character’s movement points and skills are so limited. Slowly inching around the battlefield can start to seem arduous, as can waiting for the enemies to take their turns.

Avalanche is decidedly not for everyone, but for all of its roughness around the edges there’s an earnestness and intensity that still carries a lot of appeal. If you think you’re patient enough to work through the game’s foibles, you’ll be rewarded, at the very least, with something unique. Although I often found the game frustrating, I’m definitely looking forward to seeing what’s next.