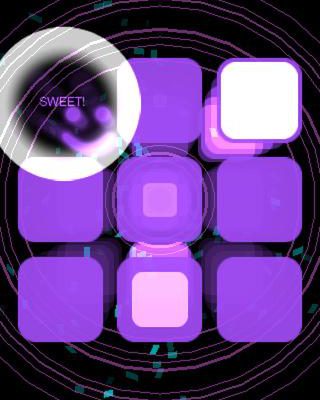 For many years now I’ve been a fan of the rhythm game. Long before Rock Band and Guitar Hero took the world by storm, it was a niche genre that usually involved finding small print run games or importing them from overseas. At this point I consider myself something of an expert in this particular field. So when I heard that the creator of Parappa the Rappa had released an iPhone rhythm game, I downloaded it as fast as I could.

WINtA is a brand new freemium game for the iPhone that lets you tap along to the beat, trying your best to stay in time and be as accurate as possible. During a song, shapes will begin to glow and fill up white. As soon as a shape is totally filled you’ll tap it, and the closer you are the better you’ll score. It’s pretty standard for rhythm games. If you’ve played any in the last few years, what you’ll see here should be instantly recognizable.

The freemium model means it’s free to download and play, and if you’d like you can add more content by downloading it in-game. The idea is that it’s more than a demo, and in theory could stand on its own as a game. They hope you’ll like it so much you’ll want more and will be willing to pay for it. This worked to great effect in games like Piczle Lines or Gun Bros. 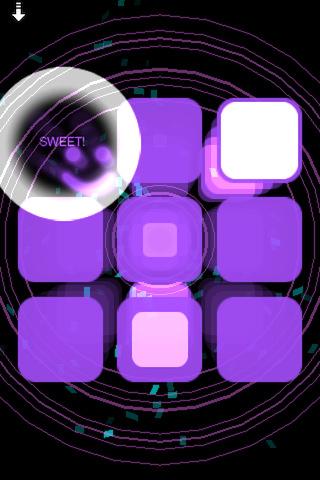 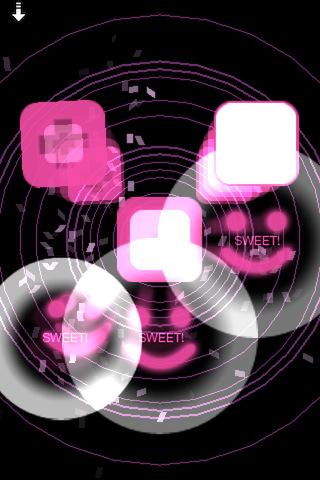 There’s a problem here, though. The game only comes with two songs for free, and one of them is the tutorial and lasts about 40 seconds. So there’s really only one song to play, and if you want more, you go through the in-app store and can purchase them for .99 cents each. Not a ton of cash by any stretch, but to be honest, even if it’s just a demo I would expect more to be included than what is. We picked up the additional songs available at launch to get a accurate idea of what the game is really about.

Sadly the most unique aspect of WINtA is also its biggest problem. Each song has a totally different graphical look, right down to the things you’re supposed to tap. While a great idea on paper, the issue is that there’s no standard to set your mind into, which makes playing accurately nearly impossible until you play each song a few times and figure out what to expect.

So while you’re tapping blocks in one song, in the next it’s spinning stars or a chain of discs moving across the screen. To throw even more of a monkey wrench into the proceedings, one of the songs had the things you supposed to tap also flash sometimes for no reason. This made the experience even harder to play, but not in a fair way.

I’ve spent a good chunk of this review on negatives, and it probably makes it sound like I disliked WINtA more than I really did. I think I was just disappointed as to what it could have been. It’s not terrible, it’s just that it’s not much above average.

Some of the songs had a look that was easy and fun to play along to, and some were just far too confusing to grasp what was going on. It’s definitely worth picking up as a free game, and if you enjoy it, great! If you want an additional song, we’d whole-heartedly recommend dropping your 99 cents on “Am I Crazy” a band called Little Fish.