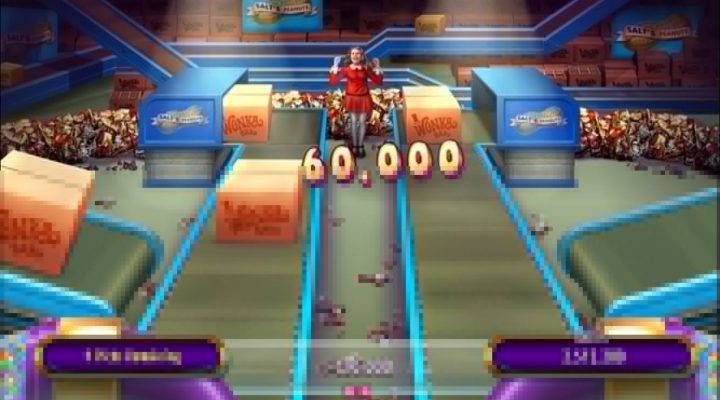 Spins can be buggy with jumpy starts and stops

Real world slots players are often loyal to machines with certain themes because the theme connects the player to an otherwise standardized, mechanized, process. But even if the theme isn’t that appealing, there’s always the potential to win real world money. However, in a mobile slots game the theme has to be so rich and the gameplay has to be so engaging that people are willing to spin those reels over and over without a payout beyond points. Ultimately, mobile slots players will want to progress through a world they care about; and if they’re lucky, it’s a world of pure imagination.

Zynga’s newest addition to the slots genre is a game based on Willy Wonka & the Chocolate Factory and includes music, likenesses and minigames all from or inspired by the world of the 1971 movie starring Gene Wilder. Each world, including The Candy Shop, Pure Imagination, Loompaland, and The Inventing Room has several individually themed slot games to play, each tied to different characters and scenes. A notable and unfortunate omission is the likeness of actor Aubrey Woods who played Bill the Candy Man in the movie; but aside from him, everyone else from the movie seems to be present. 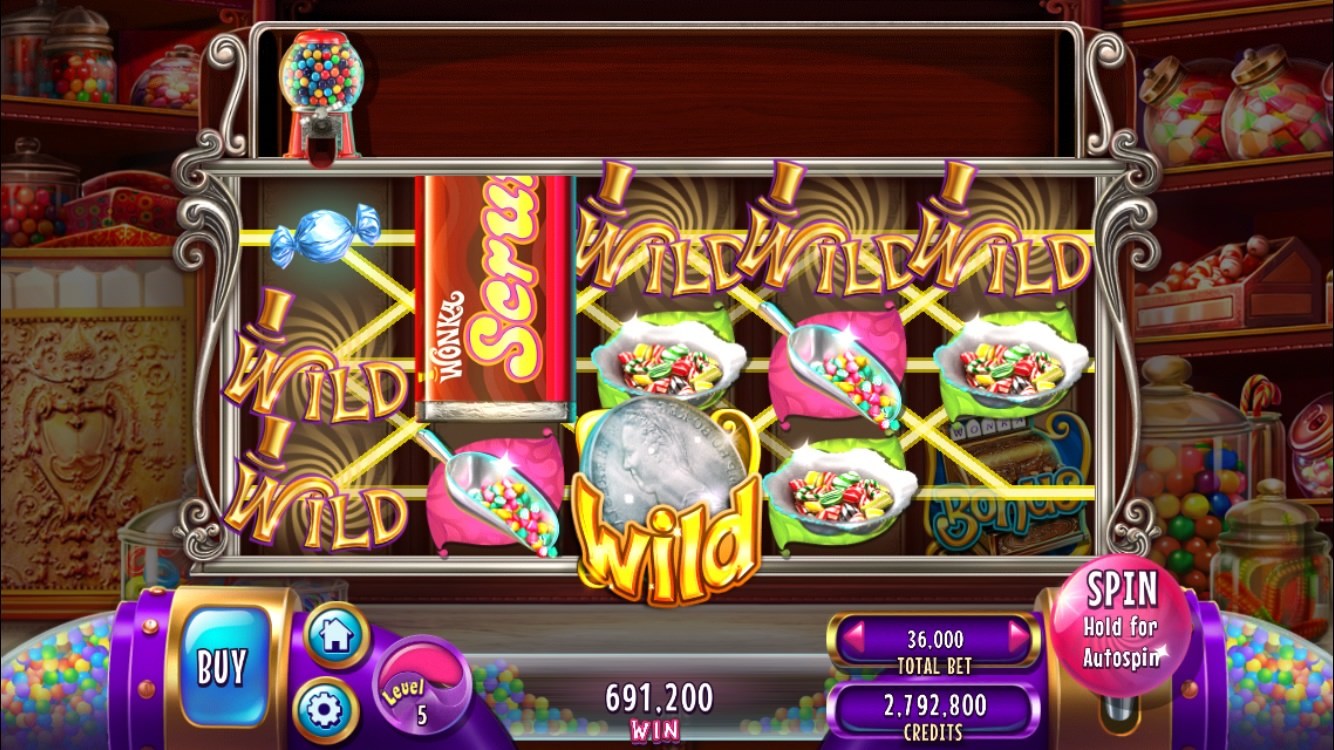 The basic gameplay requires the standard spinning reels and matching along paylines, but along the way you’ll get surprise bonuses, wild tiles and lots of free spins. As you progress through each level, the number of points required to open a subsequent board increases, which means progression slows unless you increase your bets. The minimal strategy required in the game then is choosing when and how much to increase or decrease your bet, based on your wins and your remaining bankroll.

The minigames are exceptionally well conceptualized and tie in perfectly to the storyline. For example, to potentially earn a prize in a level with Veruca Salt, you must open random boxes advancing along a conveyor belt in her father’s factory. Another bonus includes lining up a gumball machine with a coin to win a candy payout. 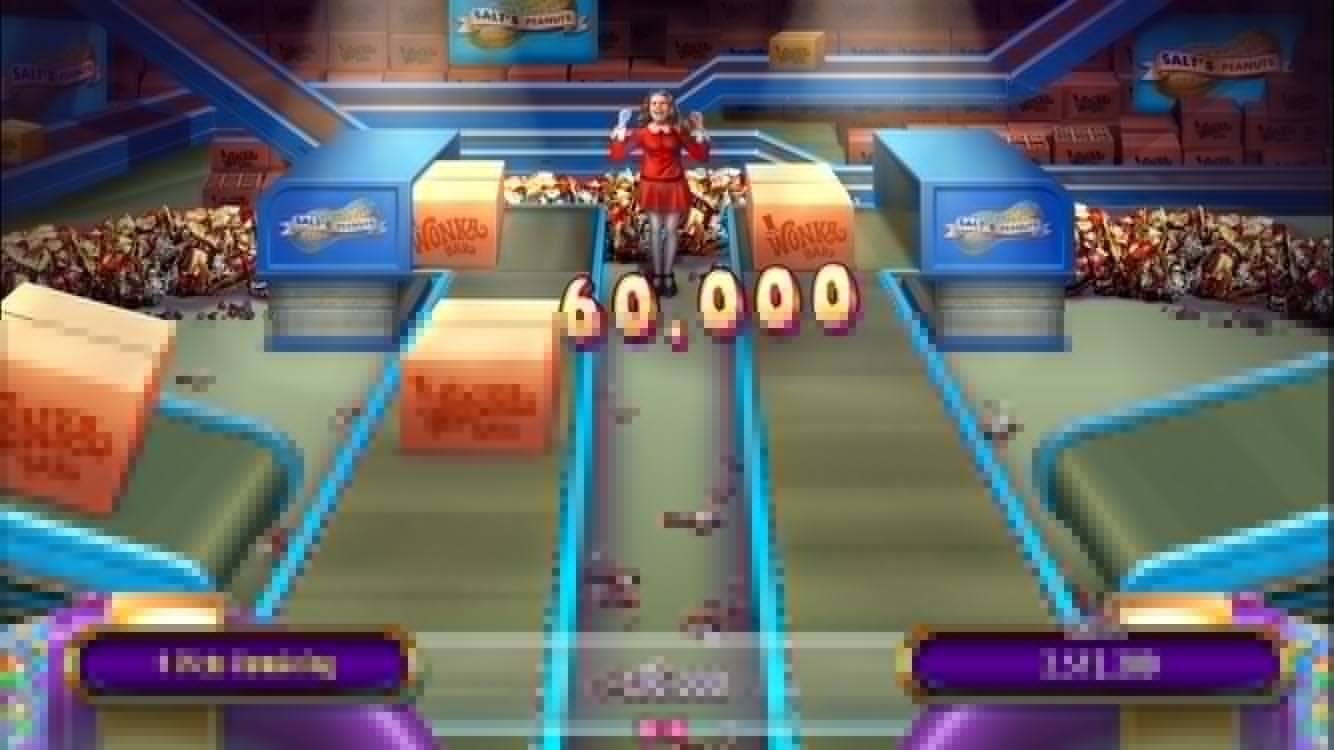 Thematic details like these make it clear that the designers knew and loved the world they were building. Also notable are the lovely graphics; the juicy, vibrant colors along with immersive parallax make every action engaging and enjoyable. However, some visible buggy stutters on the spinning reels reminded me that the spin algorithm likely ensures that the House will ultimately win.

The combination of slots and Wonka are a brilliant blend of medium and message, or as it’s trendy to say now, “transmedia storytelling.” Consider that the entire plot of Willy Wonka & the Chocolate Factory revolves around acquiring one of five golden tickets in a world of millions of Wonka bars; it’s a gamble with impossible odds in the hopes of the ultimate payout and it’s perfectly fitting to translate that experience to a slots game.

Zynga’s most successful slots game to date is The Wizard of Oz Slots, which leverages wildly popular IP with a dedicated fan base. I suspect Wonka will attract similar fan loyalty, especially from those who already enjoy slots games. Wonka Slots also notably improves on the standards set by the Oz experience with more dimensional reels, more exciting bonuses, and more creative minigames than its predecessor. If you love slots and have even a passing interest in Willy Wonka, this game will certainly be a treat.

If you love Willy Wonka and aren’t so sure about slots, the game is free to try so it’s worth giving the reels a spin or two. Surely you can trust Wonka’s promise of “little surprises around every corner, but nothing dangerous.”

This Week’s 12 New iOS Games You Should Be Playing