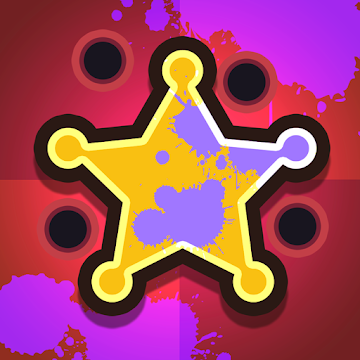 Quite challenging at times

Controls can get fiddly

Wild Bullets is basically a roguelike that plays like your typical arcade shooter. You’ll work your way through a variety of challenging levels, punching and shooting enemies, collecting coins, and picking up weapon upgrades.

The controls are where things get interesting though. You punch to move forward, shoot to go backwards, and dodge left and right to avoid bullets. Using these simple controls, you’ll navigate treacherous levels full of bullets, bombs, barrels, and chests.

There are a few hidden mechanics too. Get right behind an object and you can duck into cover, making you invulnerable to bullet damage. When you return fire, you’ll make yourself temporarily vulnerable but won’t fly backwards with each shot.

When we discovered that mechanic, our time with the game got a heck of a lot more fun. It felt like a proper western shooter, with us rushing from cover to cover, dodging bullets and returning our own.

Occasionally, you’ll pick up new weapons that will change up your strategy. There was a shotgun that explodes in a wide radius, a lightning gun that damages enemies near your victim, and a gun that shoots in three different directions.

Complete a level, and you can choose from one of three random perks. This is where the roguelike elements come in, as you’ll grow considerably in power during a run but as soon as you die it’s game over, and you have to start all over again.

Well, not quite, as you can spend coins you collect on permanent upgrades like shooting range, health, and damage. You can also spend them during a run on temporary purchases whenever you encounter a shop.

There are two modes of play: a campaign, which takes you through a series of challenging levels, and an arcade mode that lets you play an endless version of each stage you’ve unlocked, without the perks.

Overall, we’re big fans of Wild Bullets. It’s a fun little arcade roguelike that provides perfect small doses of action when you’ve got a quick break. It’s smartly designed and has loads to unlock and collect along the way.