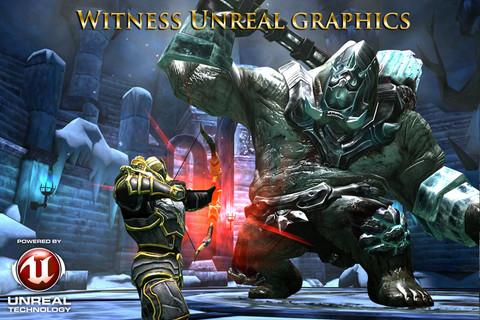 A decent game that sometimes forgets why it’s fun

Wild Blood is one gorgeous game. It rivals Infinity Blade for the best looking 3D game I’ve ever ran on my iPad. And considering that in Wild Blood you’re free to move around environments in ways you never could in Infinity Blade, I’m inclined to give even more credit to its looks. It’s one thing to render fantastical ruins, it’s another thing entirely to render fantastical ruins and allow you to run around inside of them.

What Infinity Blade does better than Wild Blood (both games use the Unreal engine) is utilize touch controls. Infinity Blade simulates sword fighting by interpreting different on-screen swipes, whereas Wild Blood simulates fighting with a control stick and set of buttons you’d find on a console’s controller. Virtual control pads are almost always a bad thing, especially when a game strives for complexity like Wild Blood does.

I say strives because it doesn’t quite pull it off. It features two melee weapons and a ranged weapon, each of which has its own move set, combos, and special attacks. No matter which melee weapon you use, though, combat boils down to button mashing. The actual combos are somewhat laughable — hitting the attack button five times will accomplish one combo while hitting it six times will accomplish another.

Combos are unlocked by upgrading your character. You can buff your health, stamina etc, as well as the attack, speed, and other attributes of your weapons.  To do this, you must use the gold coins you find in chests or smack out of enemies. Coins are also used to purchase health potions, which you’ll end up needing. The only thing is, there aren’t enough coins to go around.  Luckily you can purchase them in-game with real cash!  But wait, didn’t you already pay $7 for Wild Blood? Yes, you did.

From what I can tell, the Wild Blood’s design is either inadvertently uneven or deliberately stilted in a way to get players to spend money. Health potions drop very rarely, so I was forced to spend gold on them instead of on my character. I never felt like I was making satisfactory progress developing my character, even though I picked up every coin and opened every chest I found. I’m not entirely convinced that this is an attempt on Gameloft’s part to squeeze its customer’s dry – I just think the leveling/gold system might be unbalanced. For example, at one point I received 1000 gold for completing an extremely easy turret mini-game. Shortly afterwards I fought King Arthur, one of the harder bosses in the game, and he only shelled out 900. 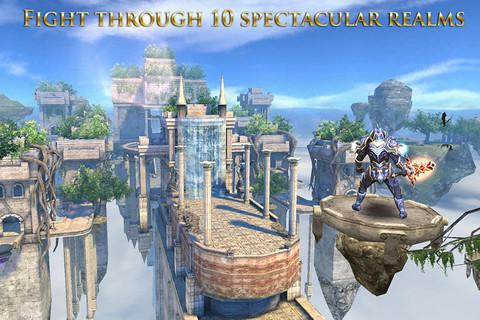 Speaking of turret mini-games… Wild Blood has turret mini-games, and they aren’t fun. The game is its most enjoyable when it throws a crowd of bad guys at you to pummel into submission with your sword. When it does this, Wild Blood works. I’d go so far as to say that it works very well, despite a camera that sometimes throws itself out of whack.  But for whatever reason, the game forgets this from time to time and throws some boring distraction at you — a turret mini-game, an escort mission, a boss that is way more trouble than it’s worth. Besides the straightforward beat-’em-up battles, the only thing I really enjoyed in Wild Blood was the puzzle mini-game that pops ups when you open a locked chest.  These puzzles give you a chance to breathe between enemy encounters, and they contrast nicely with Wild Blood’s core mechanics.  Turret mini-games?  Those come off like some vestigial reminder of what games were like a decade (or more) ago.