Home / Reviews / When in Rome Review

When in Rome Review 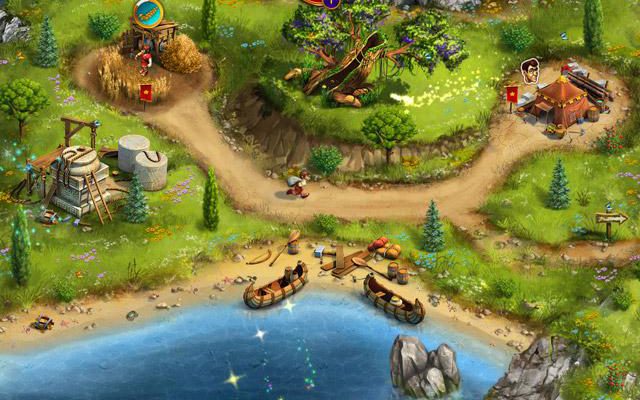 When in Rome travels familiar roads, but there are still some sights to see.

When in Rome, do as Realore Games does: run back and forth, hack at rocks blocking your way, haggle with shopkeepers, and collect piles of pork that are lying in the dusty road. When in Rome is another time-management/action game that should be very familiar for fans of Northern Tale, Roads of Rome, and similar fare by Realore Games. In other words, you shouldn’t expect anything revolutionary out of When in Rome, but there’s no denying that the time- and resource-management mechanic that drives its gameplay is still addictive.

When in Rome highlights the exploits of Flavius, a Roman warrior who’s forced into early retirement by an injury. The Emperor of Rome, who happens to be in the mood for some hardcore territory expansion, assigns Flavius to help settlers farm the land, build up trades, and even cook awesome food. 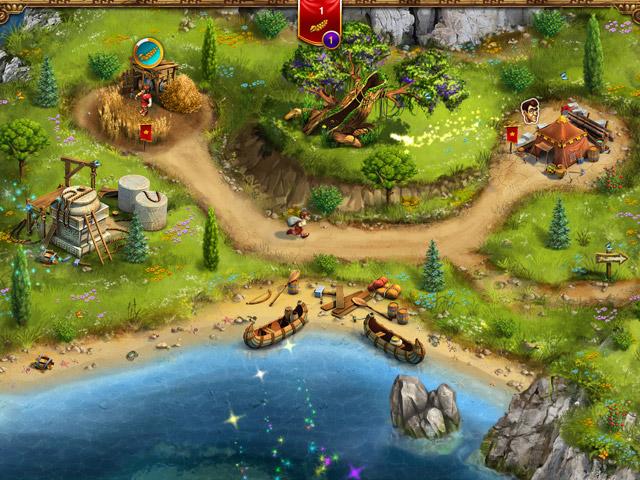 As soon as you start playing When in Rome, you don Flavius’s mantle and send your servants scurrying from their tent to their tasks, and then back again. There are several levels to work through, and each one has a variety of goals that must be met either directly or indirectly. For instance, you might be required to harvest five bundles of wheat, which is as easy as sending a servant to cut down that wheat. However, you might also be required to bake five loaves of bread, which involves building a windmill to grind the wheat into flour, and a bakery to bake the loaves.

There are other troubles to deal with, too. You need to clear stones out of the road, and build bridges for safe passage. Clearing debris takes up time (you need to finish each level within a time limit, unless you opt to play on the easiest game setting), and building bridges takes up precious resources that should go into building the windmills, bakeries, vineyards, and pig farms that are necessary for processing the items you need for victory. Also, random earthquakes level your buildings, because the gods are jerks. 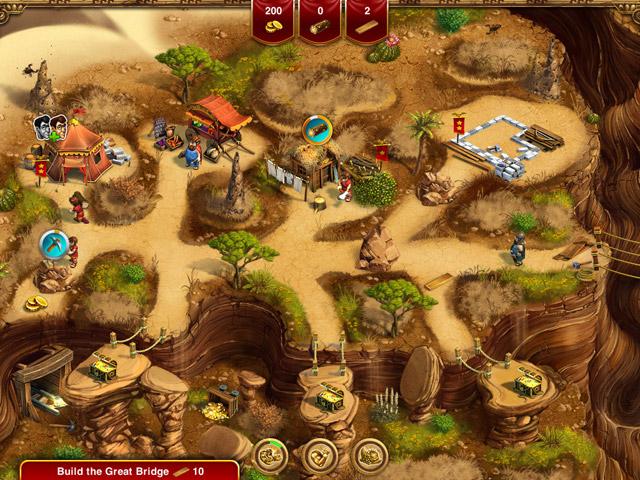 Again, When in Rome offers up the same experience available in other Realore titles, but the varied nature of each level’s challenge still makes it fun to play. Some levels are sprawling, which forces you to think about how it’s best to move your servants. Some levels are compact but lacking in natural resources, which means you have to make heavy use of the merchant’s services. It’s fun to size up each level and plot out how to conquer it.

The graphics are gorgeous, too. The character animations are smooth, and the background wildlife reflects the game’s environments; there are scorpions, dust storms, and teeming termite mounds in the desert, while the lush forests are crawling with deer and prone to rainstorms.

If you’ve had enough of the hurrying and scurrying that goes on in Realore’s titles, When in Rome certainly won’t win you back. If you still have a thing about watching little people rush to do your bidding, however, you’ll enjoy this quest to settle Rome.