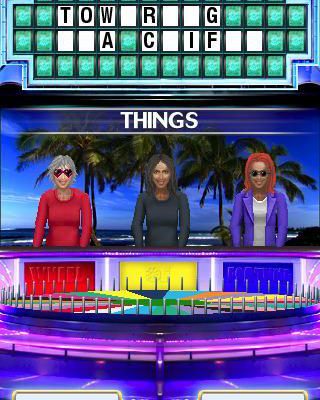 Who’s ready to spin the wheel?

A staple of American television for nearly three decades, Wheel of Fortune has also been a constant in casual gaming circles, often with mixed results. But the iPhone adaptation of the popular game show manages to nail the look and feel of the TV show while offering up a surprisingly plentiful number of game modes. And in spite of a few minor issues and the absence of Vanna White, it’s an excellent distraction whether you’re a fan of the show or not.

If you’ve never seen the show, the concept of Wheel of Fortune is pretty simple. It’s basically hangman but with a giant wheel and cash prizes. Three players are presented with a word or phrase made up of blank spaces, and they take turns spinning the wheel and, provided they land on a cash spot, guessing letters. Choose wrong and it’s on to the next person. Whoever successfully guesses the word or phrase nabs all the cash.

The iPhone adaptation works in exactly the same way. In the normal single-player mode you go up against two computer controlled opponents, but there’s also a solid number of additional modes to keep things interesting. There are both online and local multiplayer options, as well as an excellent single phone multiplayer mode that has you passing the phone between players. There’s even a truly single player mode that has you competing against no one but yourself, giving you five turns to solve the puzzle. And when you factor in three levels of difficulty and a frequently updated theme week, well, there’s a surprising amount of variety in the game. 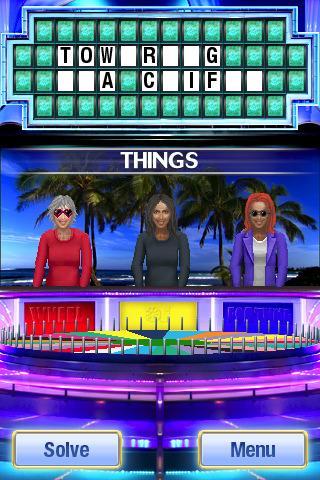 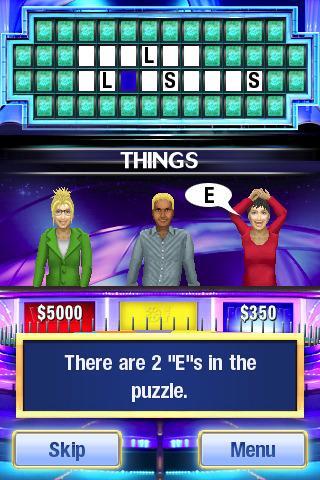 It’s also a great fit for the iPhone. Spinning the big wheel with your finger is very satisfying and typing letters and phrases via an on-screen keyboard is simple and easy. Though, since the letters are arranged alphabetically and not in a QWERTY keyboard style, it can take some getting used to. The game also has a bad habit of not registering button presses. Sometimes touching a letter will yield no result at all, while other times you can see the button highlight yet the letter doesn’t appear on the board. This glitch can be very frustrating, especially during timed sequences.

Another issue is with the way the game saves. Since the iPhone is, for most people, a pick up and play platform, it’s not uncommon to have to stop midway through a game and return to it later. Unfortunately, Wheel of Fortune only saves at the beginning of each round. So, if you have to stop halfway through a round, you can’t pick up right where you left off later on. Instead, you have to restart from the beginning of the round.

But even with the occasional control and saving issues, Wheel of Fortune is a solid adaptation. With multiple ways to play, each of which is great, there’s a lot to do. And since the game is so easy to pick up, it’s fun whether or not you’re even a fan of the show. You may not be able to get your hands on the real cash prizes, but Wheel of Fortune on the iPhone is the next best thing.