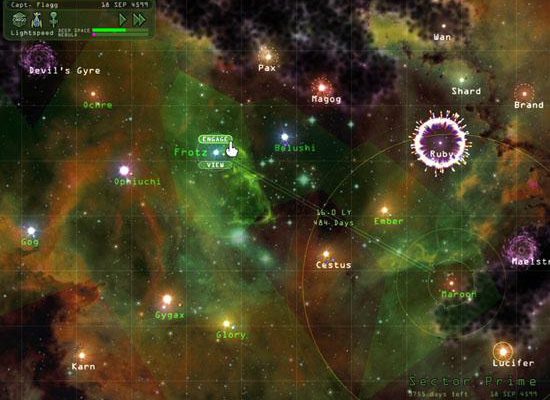 Weird Worlds will catapult you around the cosmos, with aliens to battle and treasures to be found.

While we sit patiently and wait for Richard Branson to invent some kind of commercial space-liner for us curious star-gazing fellows to visit the cosmos in, we’ll have to make do with Weird Worlds: Return to Infinite Space, a game that surely best represents what space is actually like. You know… with all the looting and the epic space battles.

A sequel to the original Strange Adventures in Infinite Space, Weird Worlds fixes a number of the issues that we had with the original game, but actually derails the concept by removing the sense of urgency. With far more time to roam around space blasting baddies and discovering new planets, the edge is most definitely taken off – yet it’s still a trip worth taking.

As with the previous Infinite Space title, there’s a wacky story in place to tie the action together. After being rejected from the military, you approach a wealthy gangster and strike up a deal with him, giving you the opportunity to zoom around space as long as you return back with your spoils within a set number of years. 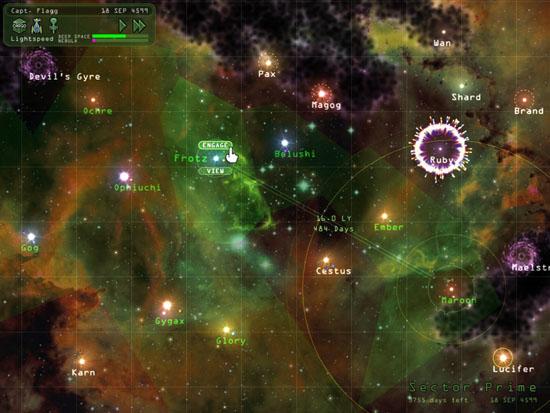 Weird Worlds plays out in the exact same manner to Strange Adventures – players click on surrounding planets to forge a path, then act depending on whatever is found there. If you discover treasures, items or strange creatures, these can be put in your cargo hold and sold at the end of the game. If you encounter resistance from enemies, the game switches to a top-down battle arena, and whichever ship makes it out alive is the winner.

Your journey is all about exploring, and the star systems are randomly generated each time you play, meaning that the game can potentially provide endless enjoyment. Discovering new items and events that you hadn’t found before is really entertaining, while taking down hordes of baddies against all odds provides plenty of thrilling action.

A number of key elements have been expanded on since the last game, adding to the content and providing more customisation options. There are now traders to be found on planets who will swap items they have on sale for spoils from your cargo. Far more items and events have also been added to the roster, while you’ve now got the ability to alter how many years your journey lasts. Games can play out between 15-45 minutes, depending on your chosen options. 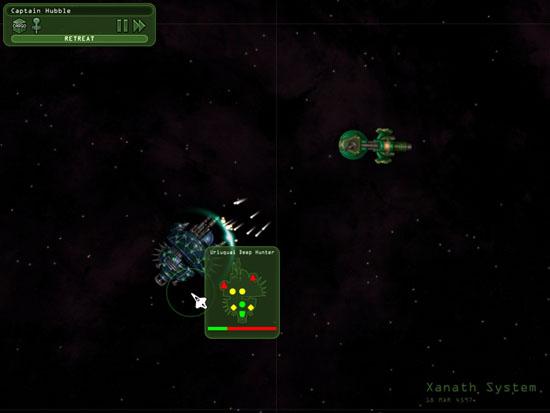 The combat feels a little easier this time around, solving one of our issues with the last game. You’re much more likely to win a fight now, hence it’s worth diving in all guns blazing rather than dodging around any problems. Of course, Weird Worlds looks far prettier than Strange Adventures too, especially the space battles.

While Weird Worlds does a great job of fixing some of the problems we encountered with Strange Adventures, it also introduces a number of its own. There was a constant nagging in the back of our heads throughout play, as we couldn’t shake the feeling that this is more Strange Adventures 1.5 than a true sequel. Not enough has been altered for us to recommend that avid Infinite Space diehards move across to the latest version.

The timescale during play is also quite an issue – you’re given far more time to complete your journey in this sequel, even when you’ve set it to 10 years. While it’s great that we now have the option to set the time limit, 10 years is in fact the minimum, and we would have liked to have set it even lower than this and created that great sense of urgency from the original game.

Weird Worlds: Return to Infinite Space is a great game, but not a great sequel. If you’ve already plugged hours of play into the original Infinite Space, this voyage will be all too familiar. However, as a starting point, Weird Worlds is definitely worth a pop. Make sure you grab a copy of the demo.