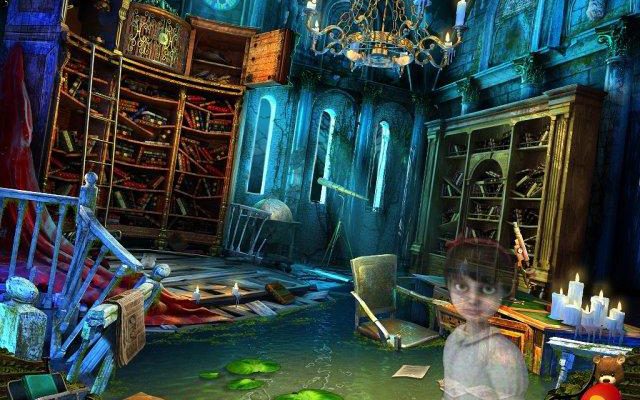 A few scares, but no real surprises.

It’s time for another dose of psychotic circus performers! Weird Park: Scary Tales is a sequel to Weird Park: Broken Tune, continuing the tradition of crazy locations and straightforward hidden object gameplay. After crashing your car outside of an abandoned town, you learn that mad Louis the Clown has trapped several children inside twisted versions of classic fairy tales. And you know what? The only person who can rescue them is you! 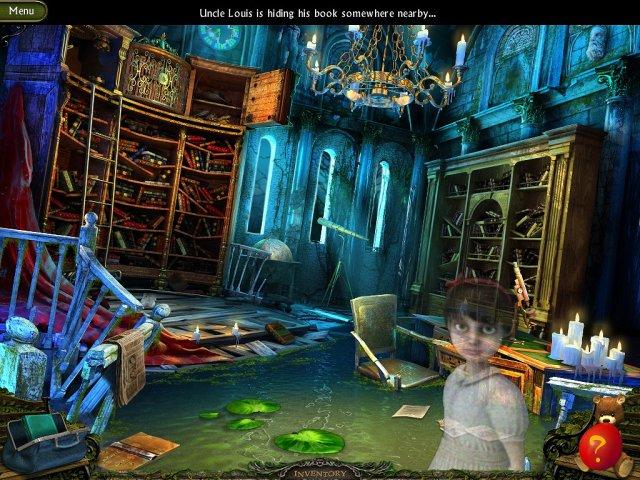 Weird Park: Scary Tales sticks to the well-established formula for hidden object games, placing you in a series of small areas blocked by locked doors, overgrown vines, busted machines and various other obstacles. You clear the way by solving puzzles using items gathered during your travels. Some key items can be found strewn about the landscape, but the bulk of the important stuff will be found by completing hidden object scenes. Once you’ve got an item you think you can use, simply click on your inventory and try it out. If it works, you’ll have access to a new area that’s no doubt ripe with more mysteries to solve!

Hidden object scenes in Weird Park: Scary Tales are frequent, and you’ll often repeat the same scene with a different list of items minutes after completing it the first time. Each one takes just a few minutes to work through, featuring a small list of items to find in areas that aren’t too crowded with debris. Red list items will need a little encouragement to be brought into existence, so if you see “photograph of an owl”, don’t look for a ready-made picture. Instead, hunt for a camera, find an owl, and take the photo yourself! Nothing too obscure or complex is ever thrown your way, it just helps liven up the otherwise stationary hidden object scenes.

A feeling you’ll quickly become familiar with while playing Scary Tales is confusion. The game likes to throw handfuls of puzzles at you at once, piling them on one after another with no clear solutions in sight. In most games this wouldn’t be too much of a problem. In fact, it might make things even more intriguing. Here, though, because the solutions don’t always follow a logical path, you’ll end up feeling lost most of the time. It’s the old “If I need to break that glass, why can’t I use the hammer in my inventory? Why do I have to hunt for a specific crowbar?” quandary, making it a daunting task to mentally catalogue possible locations you should try new inventory items. It’s a little frustrating, and the matter is made worse by the ineffectual hint system. 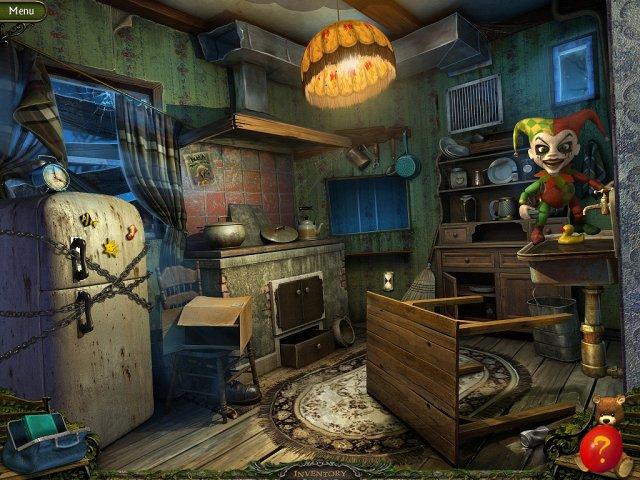 At the bottom of the screen a stuffed bear sits and blows up a balloon. When it’s full, you can click to pop it, activating a hint. If you’re in the middle of a hidden object scene, a trail of sparkles points you to an item to find. If you’re not, they lead to one of the many unsolved puzzles on your mental tally sheet. This is where problems arise: what the hint balloon tells you to do isn’t always what moves you forward. It almost seems random, and sometimes it’s downright useless. Once you’ve spent the hint and solved the riddle you’re often no further than you were a moment ago, still lost and confused and wishing that bear had bigger lungs.

Overall, Weird Park: Scary Tales is a middle of the road hidden object game. The production values are high and the game is free from technical faults, but the puzzles don’t quite fit together to form a coherent whole. The storyline is thin, hidden object scenes repeat themselves, and the hint system needs a few more IQ points. While it may not revolutionize the hidden object genre, it does provide a decent item hunting experience – though be ready to utilize trial and error to make it through some of the puzzles.