By John Bardinelli | 7 years ago 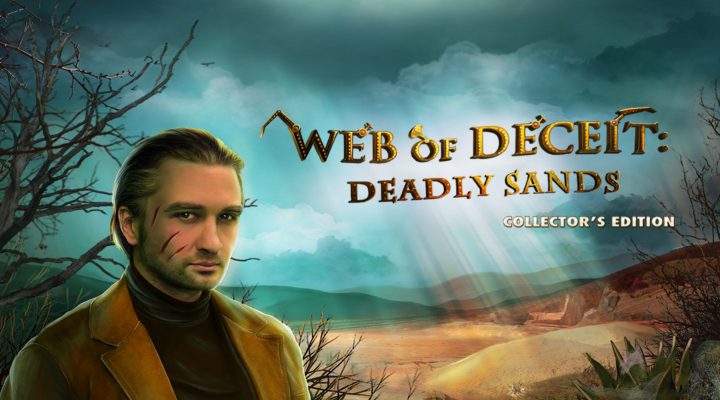 Nice story with larger than life characters and events.

Plenty of extra items to find and achievements to unlock.

Hidden object scenes can be a bit dull.

Your long lost uncle asks for a visit, and you don’t see any harm in taking a little trip. As you’re flying your plane near the city of Transvaal, though, a sandstorm pounds the engines and sends you crashing down. And wait just a second, was that a woman’s face in the sandstorm? And was she laughing at you? Yeah, this isn’t going to be an ordinary trip to the countryside. Especially not with those mechanical spiders running around…

Web of Deceit: Deadly Sands is a hidden object adventure heavily influenced by a B-movie steampunk aesthetic. It sticks close to the established genre conventions, but thanks to some fun storytelling and clever puzzle design, it’s the kind of game you’ll want to see through until the end. Puzzles are more self-contained than in most hidden object games. Instead of finding an item in one corner of the map that’s used in the other corner, you get a lot of what you need in the room you’re standing in. 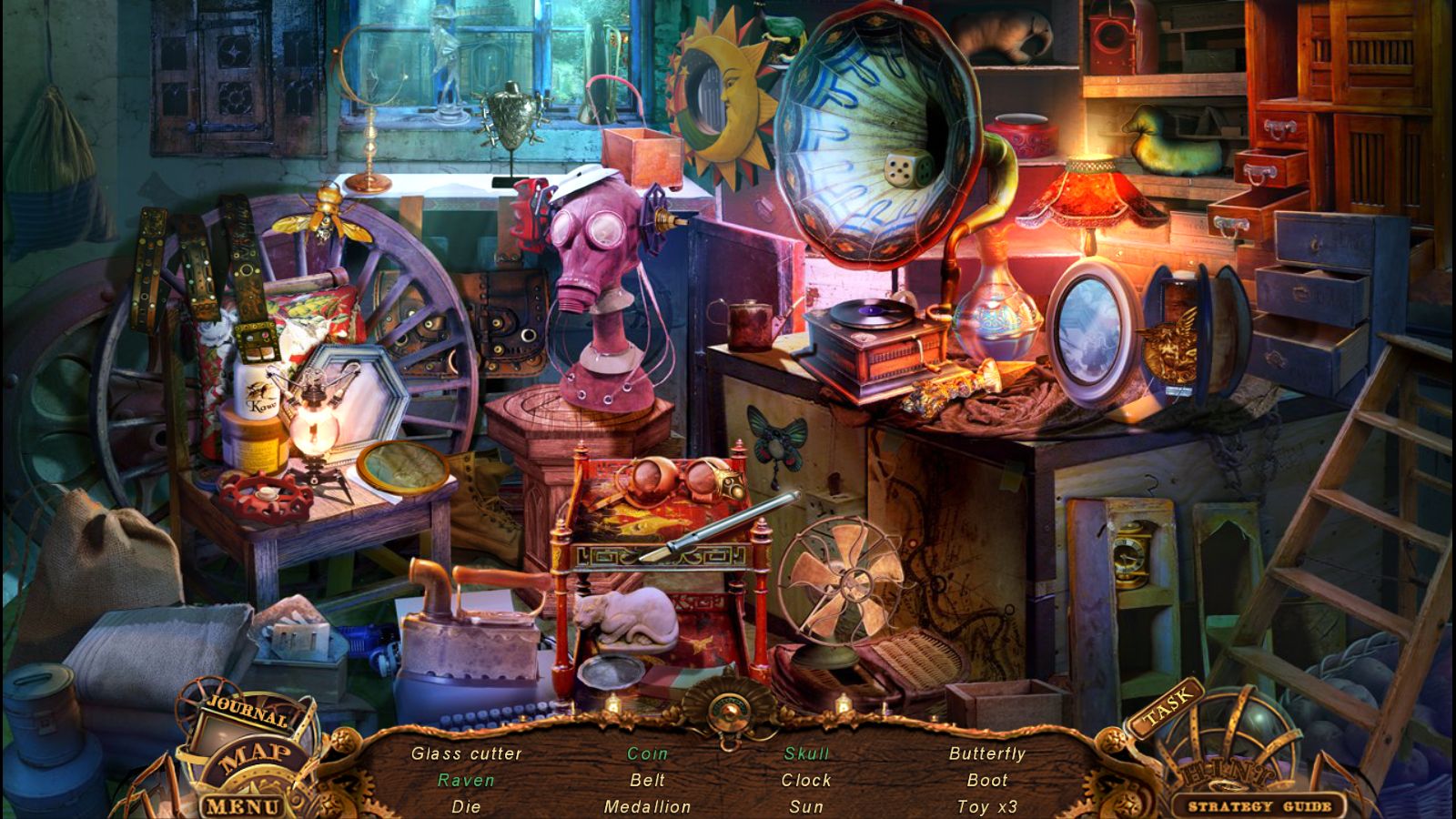 Puzzles are solved in layers, allowing you to focus on the task at hand instead of trying random things you’ve been carrying with you for half an hour. As the number of rooms increases you will do some backtracking, of course, but it never feels like plowing through puzzle obstacles. It’s more like returning to the scene to solve extra secrets. This is helped along by a friendly map system that shows you when you need to return to an area to pick up a lingering item or puzzle.

Hidden object scenes in Web of Deceit are pretty straightforward: get a laundry list of items, search for the items, click them when you find them. Each scene features a few interactive elements, such as painting through a stencil to find a “blue airplane”, creating just enough of a puzzle atmosphere to remain lively. You get a seemingly random item at the end of each hidden object scene, but don’t worry, you’ll put it to good use soon! 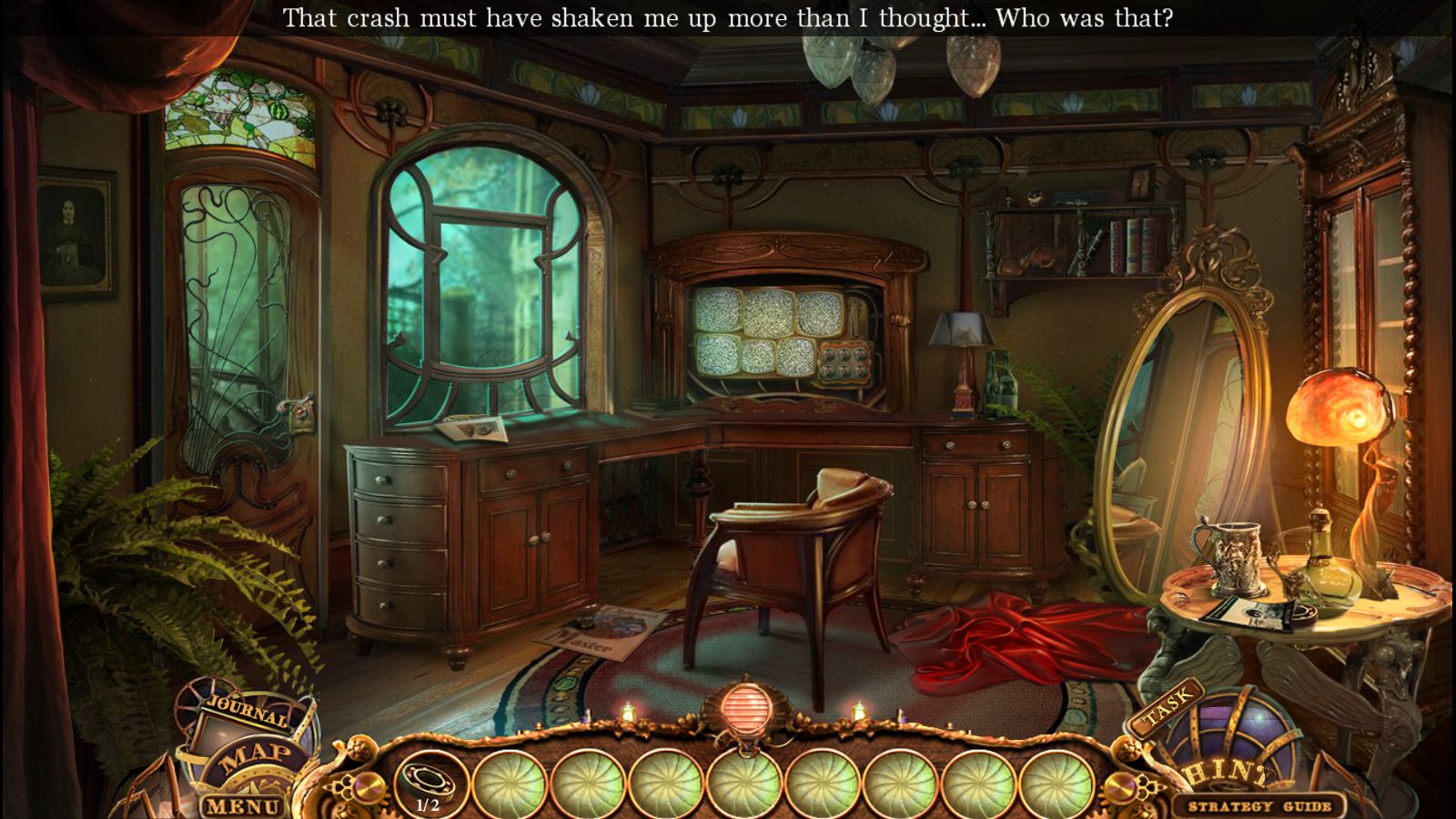 Web of Deceit uses live actors in most of its cutscenes. There were plenty of opportunities for this to go wrong, but the game’s awareness of its own style of camp works in its favor. You get larger than life villains, tragic heroes, suffering side characters, and a whole host of emotional encounters, most of which just wouldn’t play the same with animated actors. The story may not be deep or intriguing, but it makes up for it in sheer drama and fun. I mean, come on, an evil lady who controls sand? What’s not to love?

At its core, Web of Deceit: Deadly Sands is an ordinary hidden object adventure. Once it starts adding a unique setting, a fun story, a plethora of items, and smart puzzle design, things get a whole lot better. You’ll start playing Web of Deceit because of its engaging premise. You’ll stay with it because everything about it is tuned just right.