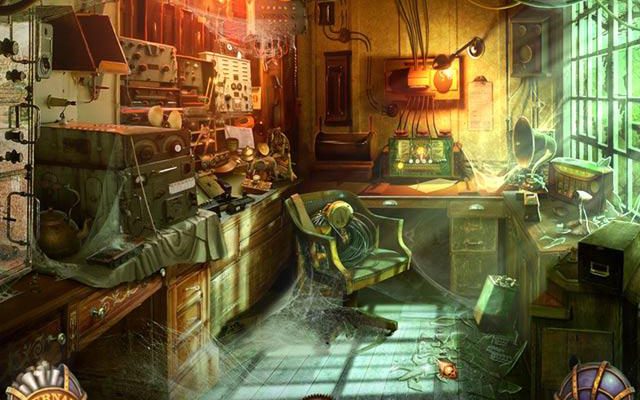 Get caught up in a “web” of domestic drama when a young woman is abducted from a moving train by an army of mechanical spiders.

With any luck, bullying’s next on our list of societal ills to become extinct. But when that happens, it could mean the end of the uber-villain. In stories, the villain is usually born after being mistreated by his peers; let’s face it—revenge is a great motivator. In Web of Deceit: Black Widow,  we meet a particularly interesting evildoer—one who uses her lethal charm to settle a few old scores—and in the process, we learn something about how villains are made.

Things start with you rolling across the country in an old-fashioned steam train. You’re enjoying the scenery when a young woman barges into your room, begging for help and insisting she needs to tell you something. Before she can however, a slew of mechanical spiders burst in and drag her off. Moments later, the train slams to a halt and it occurs to you that since you’re not likely to make your destination, you might as well try and help the poor girl. Whoa! You hop off the train and find it encased in heavy-duty spider webs. If the gang of girl-napping spider mechs wasn’t enough of a hint, the mummified train hammers the idea home: something strange is going on here. 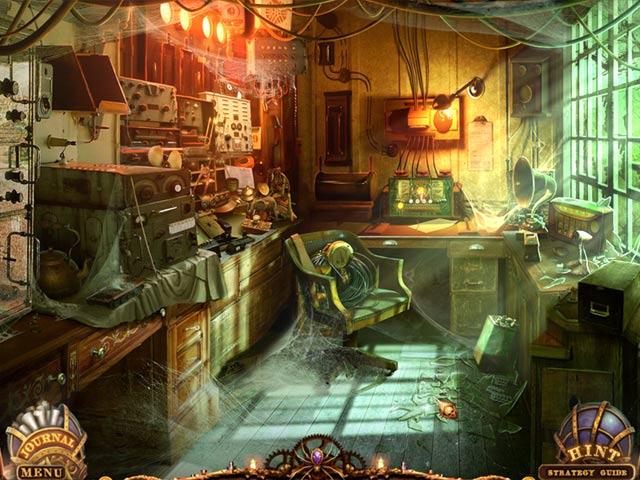 Black Widow has quite a bit in common with other hidden object games. Your time is spent exploring a near-abandoned, quaint town (here called “Andville”) of vaguely 19th century European appearance. Here and there you encounter an actual person, like an eccentric museum director/bug specialist, but most of your time is spent alone, digging up clues to the town’s arachno-mech infestation.

Along the way, you discover that responsibility for both the town’s emptiness and its bug problem can be laid at the door of a beautiful but deadly young woman. Dead bodies and pathetic journal entries abound as you uncover this so-called “Black Widow” and her trail of manipulation and murder. Too soon you realize, unless you can find a way to stop the Widow’s ever-growing spider army, the town of Andville and its inhabitants are surely doomed.

Black Widow is a strong hidden object game for a number of reasons. For one, it’s presented well. Using live-action characters against colorful computer-generated backgrounds, it creates a world that’s rich and lively. Numerous cinematics are skillfully interspersed among exploration sequences, puzzles and hidden object scenes, and this makes for great pacing and more vibrant story-telling. Unfortunately, both pacing and vigor break down whenever people speak. Characters deliver their lines as if they think we’re either hard of hearing or just learning English. Dialogue is dragged out with absurdly long pauses and horrendously over-pronounced words; the only viable explanation I can come up with for it is that during the recording sessions, the voice director was heavily sedated. (Note: you can skip these sluggish speeches, but be warned if you do: you’ll miss critical narrative). 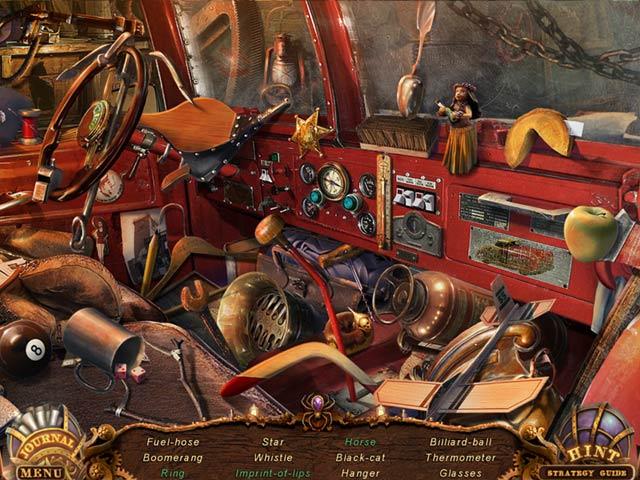 The second reason Black Widow’s so strong is its beautiful graphics. The majority of hidden object games (at least the spooky ones) lean toward a cool blue palette. Black Widow’s a much warmer game, dominated by oranges and yellows. It has the usual locations: bedrooms, shops and cobblestone streets, but it also boasts a few more interesting ones, such as a vintage print shop and an entomologist’s laboratory. The insect motif repeats throughout the game in locks, puzzles and decorative items, which gives the game a look all its own. Visual effects are also very well done, and the inclusion of expertly-handled rain, fire and lightning add a lot to the game’s atmosphere. What makes all this work together so well however, is the art team’s attention to detail. Each and every environment (including the hidden object scenes) is painstakingly crafted from interesting objects meticulously composed.

Next up on the list of reasons for Black Widow’s excellence is its gameplay. Its aforementioned  insect-themed puzzles and minigames are really entertaining, and this marks the first time I’ve seen a marble popper included in a hidden object game. Here the popular mechanic plays a bit slower than you’re probably used to, but it’s still fun. Puzzles in general, are a mix of old and new and not overly challenging. The game’s map lets you fast-travel to any location, and this is a good thing since the game as a whole is a bit challenging at times, as there’s no place to reference your objectives. A lack of clear objectives is pet-peeve of mine, but I’m willing to let it go here because the game does a fairly elegant job of leading you along through the use of cinematics and verbal hints. 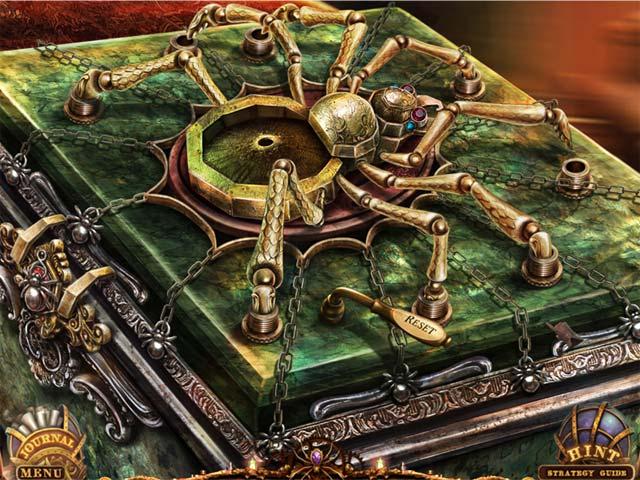 The final reason Black Widow deserves a thumbs up is its sense of humor. You wouldn’t think a game about a woman using metal spiders to enact revenge upon her neighbors could be funny, but here and there it really is. (My favorite line when trying to open a locked door mentions, “There must be fifty ways to love your lever”. Corny? Yes, but nevertheless amusing.)

Once you’ve completed the main game, Black Widow Collector’s Edition offers a surprising bonus chapter that gives you a broader take on the main storyline. I can’t really go into detail without ruining it, but personally, I enjoyed it more than the main game. Suffice it to say, this chapter makes the experience as a whole quite a bit richer. In addition to the excellent bonus chapter, the CE also comes with video, mini-games (the same ones from the main game if you really feel compelled to play them again), music tracks, wallpapers, and concept art, as well as a complete strategy guide.

Web of Deceit: Black Widow is a highly entertaining, well-made hidden object game. While its weirdly slow voice acting and lack of objective markers can prove irritating, its positive aspects more than make up for those flaws. Great graphics, interesting puzzles, carefully-crafted hidden object scenes, an absorbing story, dark humor; if these sound good to you, then you’re bound to enjoy the hunt for the Black Widow.