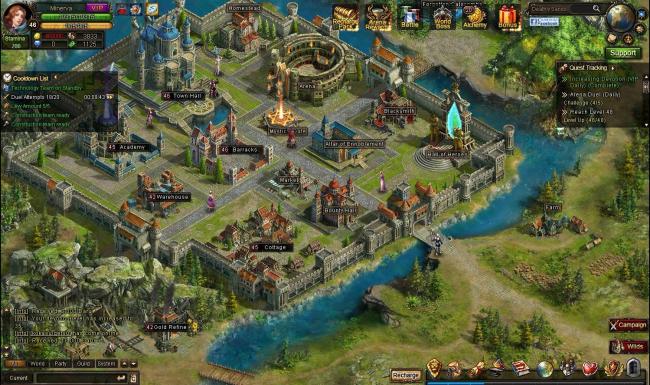 Wartune is an enjoyable, if potentially expensive hodgepodge of different RPG styles.

Thirty minutes into Wartune and my thoughts aren’t on my character or the world around me. Instead, they’re centered on this: how on earth has a game like this existed for so long without drawing the ire of Blizzard Entertainment? Bullish humanoids in vaguely Native American-garb called “Taurens” stomp around menacing the countryside, and globules signifying your health and mana appear lifted pixel by pixel from the Diablo series. It’s a good thing that Wartune is kind of fun, or it’d be easy to dismiss it as a cheap knockoff of better titles.

Wartune styles itself as an MMORPG of sorts, and while it’s certainly no World of Warcraft or Guild Wars 2, it does a decent job of justifying the moniker for a lightweight browser game on Facebook (or off). Dungeons and the occasional world boss spice up the core experience, and talent trees and visually impressive skills pepper the leveling journey. Still, déjà vu seeps through every crack and corner of the gameplay. Explore the world maps, bringing light to the shadows as you move along, and you’ll feel as though you’re questing through Warcraft III. Engage in the largely automatic turn-based battles, and you’ll pick up a whiff of Final Fantasy’s scent, revealing itself even in number popups that recall those in Final Fantasy XIII. Jump into the city building strategy elements and, well, you’ll feel as though you’re rehashing every take on the formula from Civilization to Kabam’s horde of strategy lookalikes.

Played casually, Wartune does a decent job of capturing the thrills of Diablo/Torchlight style exploration, and the frequent battles are enjoyable to watch even though they limit you to controlling your hero rather than your surrounding troops. It’s also fun to look at, though a little on the racy side. Earlier this year, ads for Wartune plastered gaming sites and played it up as some form of sexpot MMO that you might find box copies for in adult novelty stores. In truth, it’s not as bad as all that, at least judging from what I saw. Just be prepared for armor upgrades that strip female avatars down to strips of cloth that make Princess Leia’s prisoner getup from The Return of the Jedi seem like an Inuit parka but minutes in.

The actual combat’s easy to pick up (largely because so much of it is automated and dependent on gear); it’s the minutiae of the gameplay itself that beg for explanation. As early as the first dungeon, messages pop up warning you that you’re running out of troops, although there’s little obvious correlation between the hundreds of rangers you allegedly have at your command and the two scantily clad archers lobbing arrows beside you on the screen. It’s also brutal on the pocketbook if you want to compete in what passes for the endgame, leading to countless absurd stories of the top players on the game’s many servers dishing out hundreds of dollars just to stay on top. 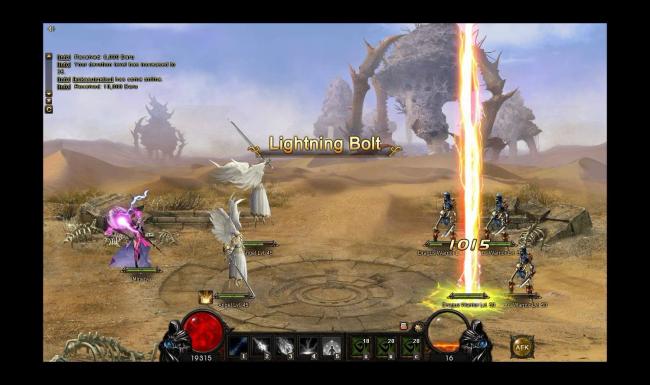 And so it’s worth bringing up that previous point again: if you’re going to slap that kind of money around on a game, do it on the games – the ultimately cheaper, better games – that Wartune draws so heavily on. That said, if you’re just looking for a fantasy action RPG to fill your lunch breaks, Wartune does the trick just fine – even admirably. Just don’t treat it as anything more than a derivative time waster.

Dracula 4: The Shadow of the Dragon Review