Home / Reviews / Warriors of Waterdeep Review: A Mobile RPG Without Gacha and Autoplay?!

Warriors of Waterdeep Review: A Mobile RPG Without Gacha and Autoplay?! 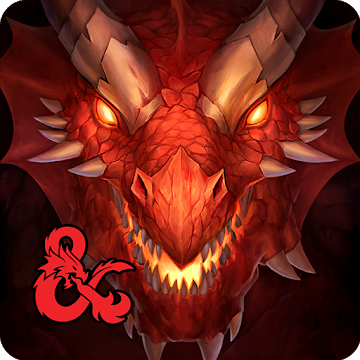 No gacha or autoplay

PvP seems to be mostly against bots

Warriors of Waterdeep is an incredibly welcome sight on mobile, providing a decent strategic micro RPG that features no gacha, autoplay, or any real infestation of IAPs in sight. This is a mobile RPG done right.

You’ll begin with just two simple heroes: a Cleric and a Mage and will get acquainted with the battle system. Right from the off, you can tell that this just offers a little extra something from the norm.

You’re still choosing which enemy to attack, skill to use, and position to take up on the battlefield, but all of it has that wonderful D&D spin, or should we say shake, of the dice.

Almost every action you take in Warriors of Waterdeep can trigger a secondary bonus effect. Attack an enemy and you might get a bonus second follow-up attack, move and you might taunt your enemies, buff enemies and you might just heal them too.

While it’s largely random, it does affect the strategy you employ during battle. For example, our Cleric had a pretty high chance to heal an ally when he moved, so we often skipped our attack to move when we needed to heal up, hoping to trigger that heal effect.

It also breaks up the monotony of the simplistic battle system. Ultimately, you’re just tapping on a skill and then tapping on an enemy to unleash it but the random bonuses and excellent skill effects just make everything feel that bit more epic.

Also, there’s absolutely no autoplay whatsoever, and we cannot begin to describe how much this feels like a breath of fresh air. It’s depressing to say it, but actually playing a game on mobile actually feels very refreshing and we enjoyed thinking up new strategies each round.

Complete a level and you’ll earn a chest, which will shower you with gold and equipment. You can then equip your heroes to increase their power, provide them with new skills, and level them up before heading out for another battle.

This system doesn’t reinvent the wheel, but it is worth noting that characters earn new skills and skill bonus effects from their equipment. This means that even seemingly boring equipment might just have exactly what you were looking for.

There’s a wide variety of modes to complete, all of which play identically. You can battle through single player campaigns, participate in PvP against a real life opponent’s team, or conquer special events. These rotate every few hours and provide the best rewards, while also offering the bigger challenge.

Overall, we’re really quite taken with Warriors of Waterdeep. It’s not going to compete with the best of the SRPGs out there but if you were looking for a mobile RPG that offers very snappy gameplay without the usual autoplay, gacha, or IAPs that infest these types of games you really can’t go wrong.