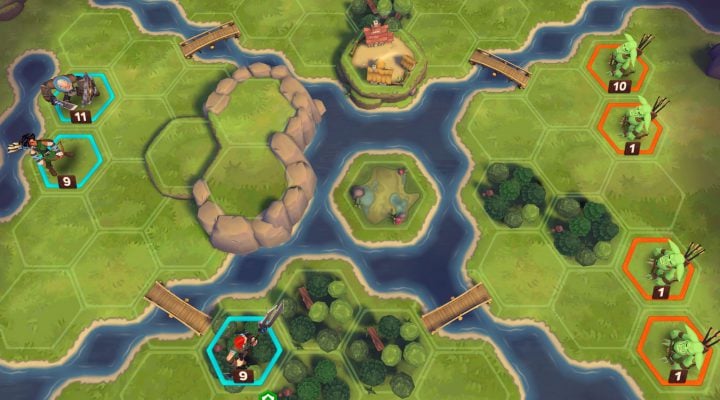 Excellent blend of simplicity and strategy in turn-based fantasy battles.

Plenty to do and few restrictions on play.

Not much in the way of social features.

At the risk of dating myself, I always enjoyed turn-based tabletop wargames in my youth; the kind with cardboard squares representing units. Thanks to games like Warlords, I don’t even need to dig those out of my closet.

To be fair, Warlords isn’t about simulating a Napoleonic battle or anything remotely historical, unless you believe orcs and elves once walked the Earth. Black Anvil has taken some time-honored strategy elements, thrown them into a fantasy world and melded them into a satisfying whole that gamers with many different tastes will enjoy.

Warlords eases you into its world with some easy beginner battles. The controls could not be simpler, as you simply tap a unit to take command, and any hex it can reach during its movement phase is highlighted in green. Melee units need to be adjacent to enemies to attack, while ranged regiments have potential targets marked so there’s never any confusion about who you can attack. 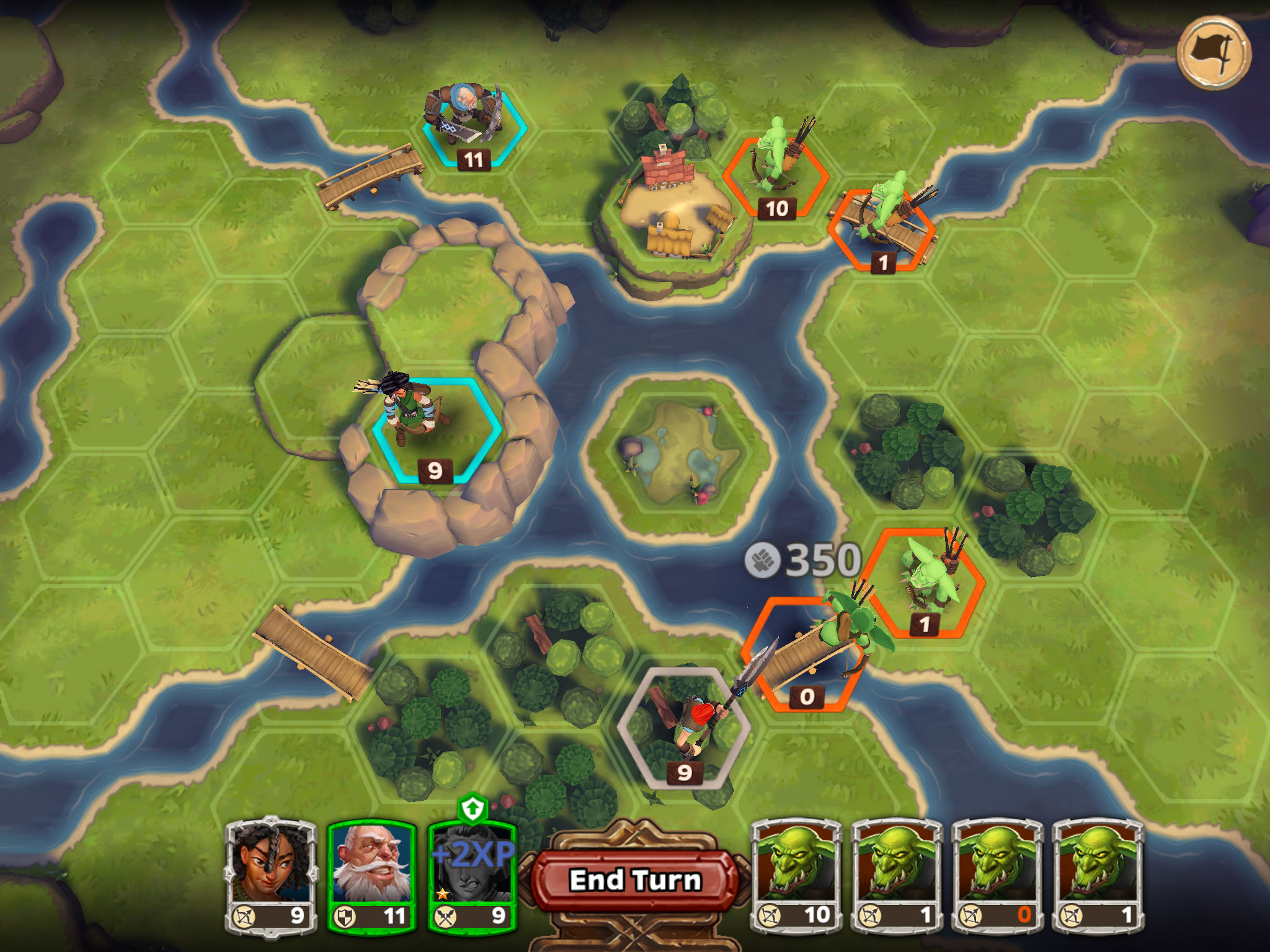 Other facets are added gradually and all play important roles. Terrain and elevation both matter, as does the rock-paper-scissors relationship between different unit types. Almost every battle poses slightly different conditions in terms of the battlefield itself, how many regiments you can bring into combat and where you can have them set up.

Units have multiple methods to grow in power, from the experience they gain from fighting (win or lose) to upgradeable gear. Regiments can also be promoted to higher tiers thanks to a shard system like the one used in Star Wars: Galaxy of Heroes.

The campaign map in Warlords starts out in linear fashion but expands pretty quickly to offer several different regions to explore at your whim. It takes increasing amounts of time to unlock new portions of the map, but this wait can be circumvented with premium currency if you simply can’t wait.

One region offers battles against the armies of other players, though it’s not true PvP. There are also boss encounters with personalities from the game’s overarching story who get stronger every time you meet them (though they get hard real quick), and territories to reclaim after you’ve cleared them thanks to raiding brigands who roam the countryside. No energy system means you are free to dive into any or all of these challenges as often as you like.

The one play session constraint comes if your regiments suffer losses in battle, as you are then subjected to wait timers that can be pretty long before they return to full strength. However premium currency can help here too, as can watching an ad or two.

Warlords utilizes an art style that suggests classic fantasy like Lord of the Rings or Warhammer but with a slightly more cartoony bent. What really catches your eye are the little details in the animation: the orcs sway menacingly in the pre-battle screen, and birds fly over the map while snow falls in the northern regions of the game world. 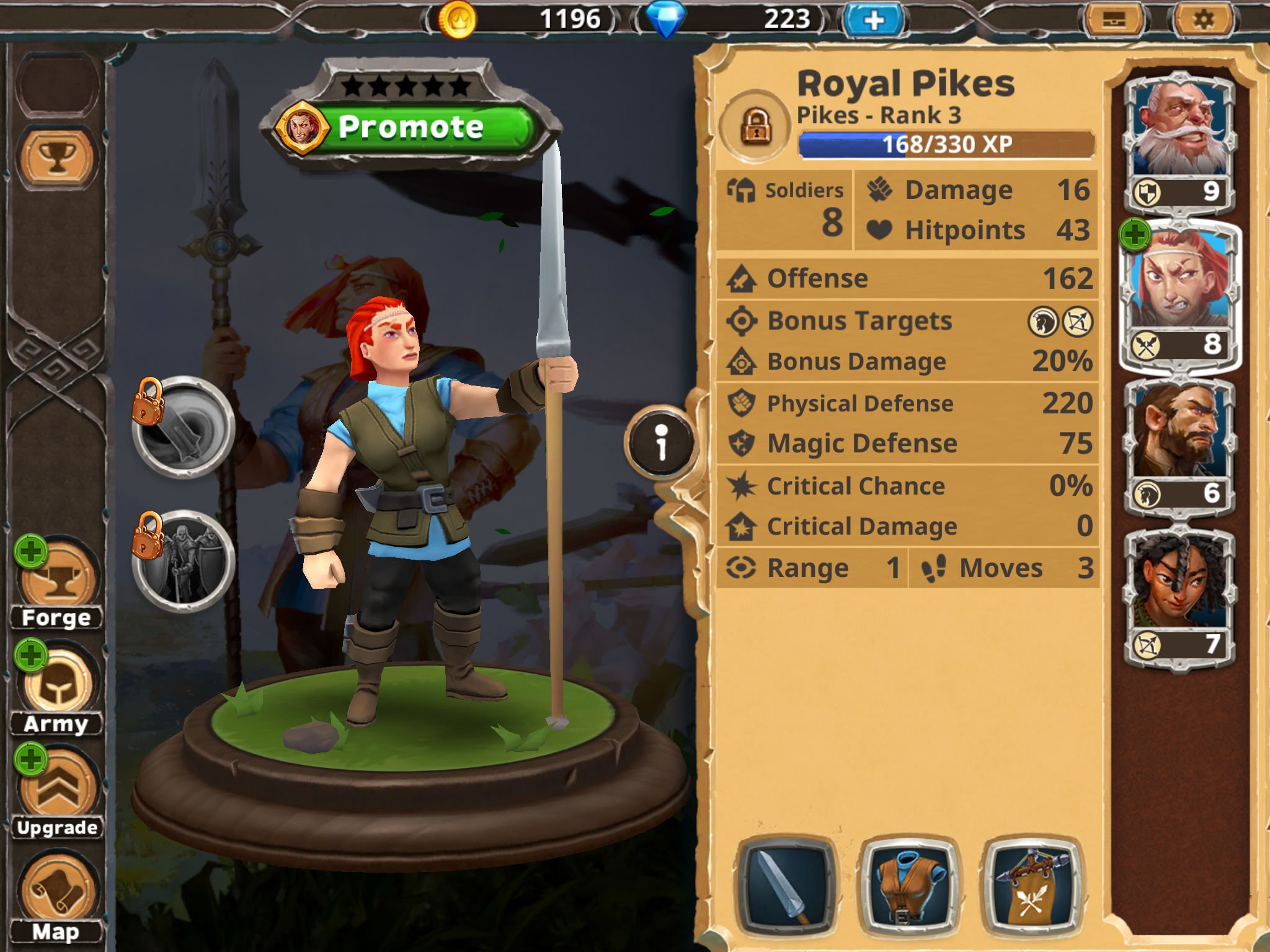 If anything stands out as a missed opportunity, it’s the lack of social and group features. There are no ways to battle against or team up with buddies, and while support for clans or alliances could be added in an update, it’s pretty clear from reading the App Store comments of early adopters that a number of people would have welcomed those features from the start.

Still, whether you have a connection to the turn-based strategy genre that goes back for years like I do or you’re lured in by the fantasy aspects, Warlords is one of those games that you can play in quick chunks or get sucked into for an hour or two in one sitting. As long as you don’t mind the fact that it’s currently a solitary affair, this is a strong candidate for a place on your phone or tablet right away.