By Jason Faulkner | 8 years ago 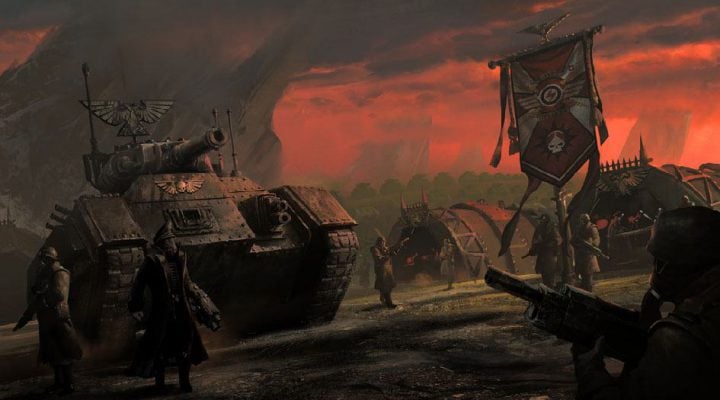 An extraordinary amount of units to fight with and against

Very faithful to the source material

The Warhammer 40,000 universe is rife with opportunities for fans of turn-based strategy, and yet we don’t often see too many titles lately that truly take advantage of this fact. We’ve seen spotty attempts at fully meshing the lore with mobile-capable gameplay and even a first-person shooter, but nothing as polished as what Warhammer 40,000: Armageddon serves up in droves.

Just, in fact, like the droves of Space Marines you’ll have to keep track of in this solid tile-based wargame. The gameplay is reminiscent of the Lordz Games title Panzer Corps that came out a few years back, and the classic Panzer General titles for PC.

You’ll control numerous units that are only afforded the ability to fight and/or move once per turn — if the terrain or weaponry you’re outfitted with allow it, of course. And while there’s an advantage to striking first, overall victories are usually determined by the Attack Strength of your unit and the Defense rating of your enemy. That’s not all, though. There are several stores of sizzling stats for every unit from which you can glean who’s the best fit for each round, and this results in some very satisfying skirmishes. 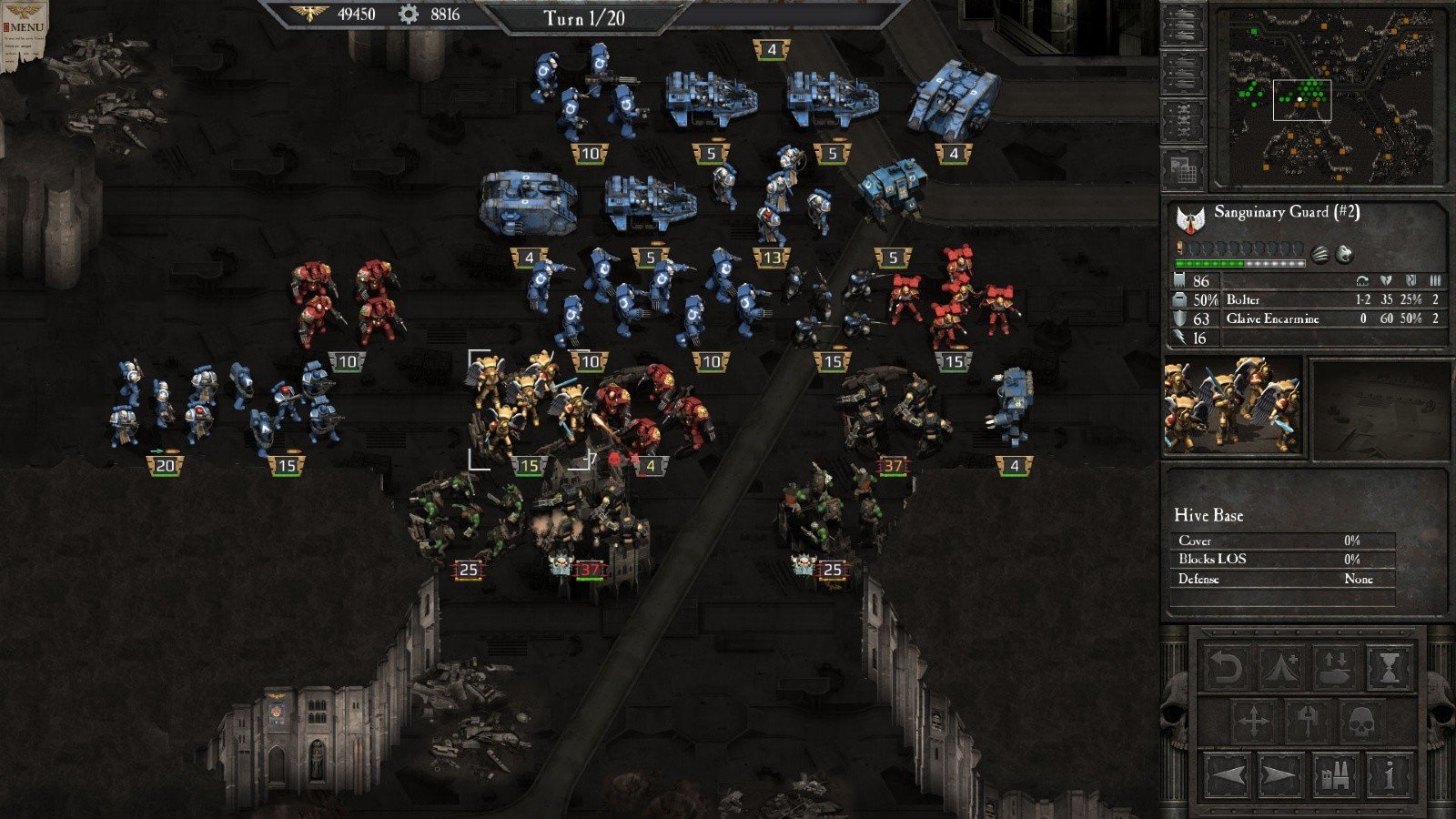 The campaign has a simple, and true to the lore, premise. You’re a commander on the planet Armageddon, in service to the Imperium of Man. As one of the Imperium’s Hive Worlds, Armageddon is a huge bastion of manufacturing and population, and a huge target for enemy forces. As the game begins you are charged with the defense of Armageddon against a huge band of Ork invasion forces.

It takes skill and patience to get through, but much of the game is spent fiddling with the 350+ units in-game that you can either supplant into your army as upgraded soldiers or brand new infantry with which you can besiege the enemy’s fronts. Strangely enough, in what could be likened to a chess game in the Warhammer universe, the unit selection is often the most difficult part of the game — at least when it comes to figuring out which will benefit you and which are for show. Additionally, throughout the campaign you’ll have to weigh the cost of expending these units, as reinforcements can come few and far between. 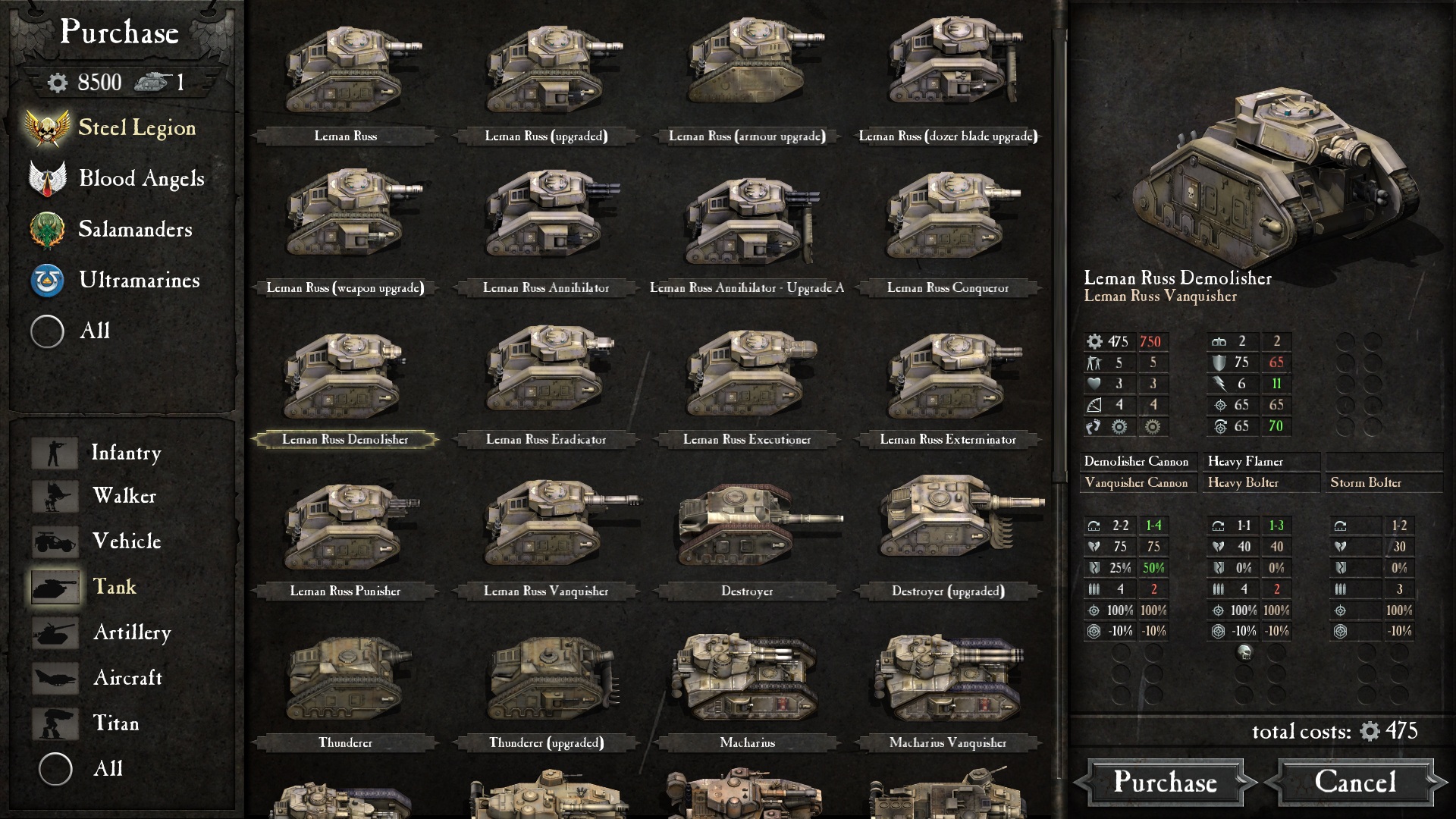 There are several different types of tanks, anti-aircrafts, and other units that offer little to no variation between the other, so it can be difficult to discern which you’ll need for a particular instance and which ones were included specifically to please the Warhammer lorehounds out there. The game doesn’t exactly extend a hand to assist you, either, instead remaining content to surveil you poring over the several different unit types as you attempt to decipher the real boon of keeping Tank 1 over Tank 2 beyond a small boost in Attack points.

Luckily, these small missteps can be overlooked — especially when you take a look at the bigger picture. Armageddon excels at simulating the feel of a real tabletop game, from its somewhat muddy rules to its sheer amount of content. The iPad release includes the Untold Battles expansion originally released on PC with the first iteration of the game for free. There’s also separate campaigns available if you power through main one too quickly.

You can pick up the Vulkan’s Wrath, Angels of Death, and Glory Macragge expansions as in-app purchases for $4.99 apiece or $9.99 for all three, if the urge strikes you. Consider the fact that you’ll spend more than a few hours on the original campaign and you’ve got a recipe for a strategy title that’ll last quite a long while.

Warhammer 40,000: Armageddon is an interesting mobile specimen that takes what made the PC release so memorable and translates it to your iPad in a way that makes perfect sense. It may be a little muddy in some areas, but its dedication to remaining faithful to the lore, the fact that it’s jam-packed with extras, and its crisp visuals make it a winner.

And hey, it’s not a sequel to Space Marines. We can all be thankful for that.