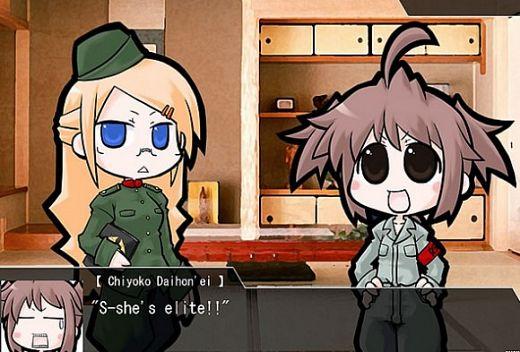 War of the Human Tanks is a battle all right… a battle to get to the game.

Indie gaming has really blown up over the last couple years and has become a very active, very productive community. New titles are always popping up and the things that make titles stand out are almost always something that hasn’t been done or executed as well before. That’s the good part. The bad part is the barrier of entry is considerably lower than it used to be and the market can become flooded.

Standing out can be difficult and a game might not have much more than the time it takes to read a title to catch a person’s eye. Well, consider my eye caught. War of the Human Tanks is just a splendid name. There’s intrigue and shock value (Human Tanks), there’s excitement and drama (War), there’s a preposition (of). It’s a great title. Of course, judging a book by its cover isn’t fair. So does War of the Human Tanks live up to its name?

Firing up this title and delving into the game yields slightly different results than one might expect. That’s mostly because one would probably expect a game. Instead, War of the Human Tanks is more of a visual novel with occasional playable parts. When those occasions do come up, the game plays like a turn-based real-time strategy game–think something along the lines of Advance Wars.

Units have a timer that limits their movement. Once the time expires, a unit is free to move around the game board and attack enemy units. Enemies move the same way, meaning the game plays more similarly to a chess game than to an action-based fighter. Units range from scout to command to assault. All come with their own set of skills that will benefit you on the field of battle. Some will be needed for short range attacks, while others have the ability to cut through weather elements like fog of war that forces you to scout before attacking or play blind.Did I mention all your units are little girls? They are, so take that for what it’s worth. 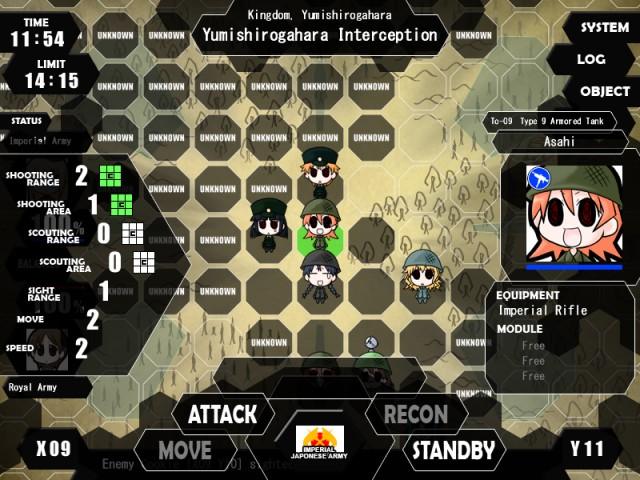 While the action of the game is fast-paced and filled with blazing aggression, the battles are also very short and punctuated. They are an absolute joy, with fluid animations, barreling music that sets a strong tone, and really solid strategy mechanics. Sadly it takes about a half hour between battles to tell the story that, honestly, I’m not sure is worth caring about. It’s quirky to a bit of a cultural breaking point. The game is, in nearly every area, very Japanese. The animations, the music, and definitely the story. The tale that is told between the action sequences is lengthy, occasionally funny, but mostly just oddball. The dialogue runs a little on the long-winded side and the cutscenes will eventually turn into a game of “how fast can you click through this?”

Graphically, the game is heavy on “chibi” cuteness. Because the human tanks are all small girls, their actions are as adorable as they are deadly. The background are all photographs while the characters are more sketchily hand-drawn. It might be the first time suicide bombings are as much “shock” as they are “awww” but it’s still a little weird for my tastes. 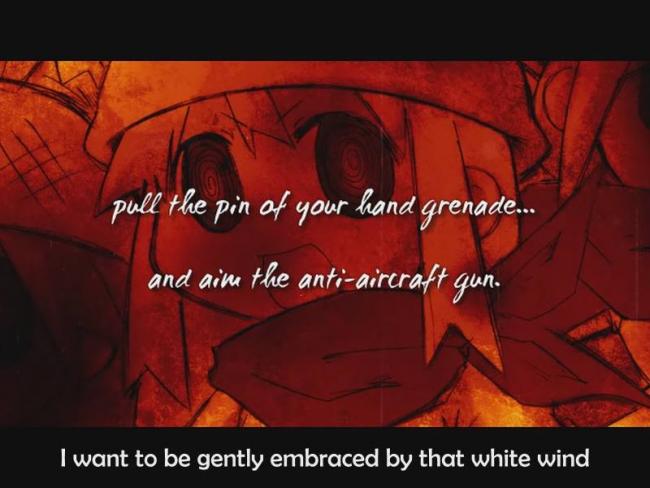 War of the Human Tanks could very easily happen to just not be for me. I am not the target market as I’m not into the Japanese-centric style of art or story telling. That said, the gameplay is a near saving grace for this game. In fact, it would completely pull this title out from the trenches and put it back in action if it weren’t for the complete focus on inaction. There is so much to get through before playing, and with the matches ending very quickly, you might as well paint your living room or retile the kitchen.