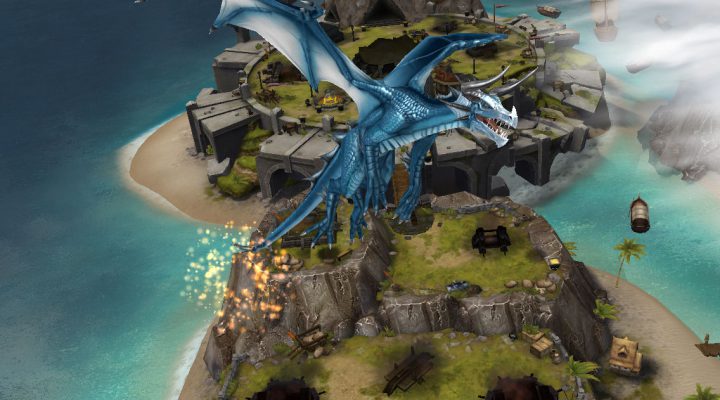 Battles are simple but fun.

War would still be a hellish, awful thing if opposing nations commanded dragons instead of tanks and guns, but let’s be honest: Dragon battles would be a pretty awesome spectacle to behold.

War Dragons from Pocket Gems gives us a taste of what it’d be like to unleash giant flying lizards on whatever poor ground-bound schmucks are fated to scurry under their shadows. You breed dragons, raise them up to be perfect war machines, and attack other players’ bases. The game looks stunning and successfully blends genres to produce an experience that isn’t necessarily deep, but is enjoyable nevertheless.

Dragon-rearing is a major part of War Dragons. Think DragonVale, but with dragons that are admittedly less cuddly-looking. Every warrior emerges from the shell fully-formed. There are no wyrmlings or whelps in the savage world of War Dragons. 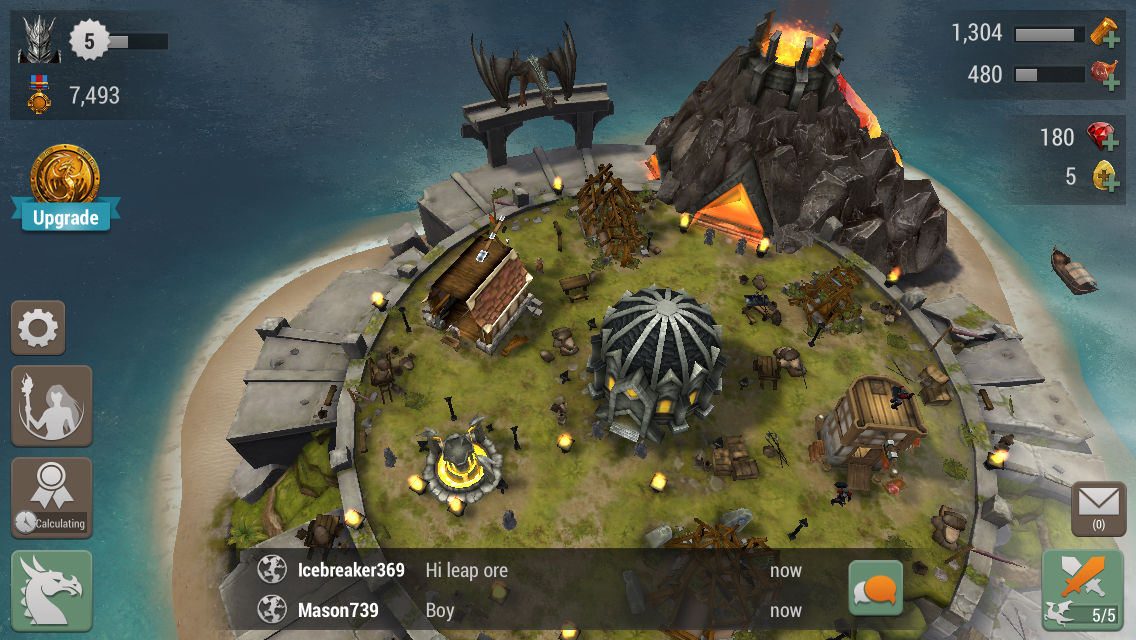 Once you work through a quick single-player campaign as part of a tutorial, you launch attacks on other players’ islands. Said islands are protected by archers, cannons, and other means of defense. You get a dragons-eye view of the action as you rain down fire, lightning, and all kinds of special attacks. If you demolish your opponent’s defenses, you’re rewarded with food for your dragons, experience points, and other goodies.

Of course, as you attack, so must you defend. Other dragon warriors, particularly the ones you wreck, will come for you. If you happen to be playing when they come knocking, you can personally oversee your cannons and archers. Otherwise, they’re activated automatically.

The battle portion of War Dragons apes Clash of Clans a bit, but it’s more simplistic than what you might be used to from most battle strategy games. That can be seen as a blessing or a curse. Your dragon soars over the battlefield automatically, so there’s little strategy involved in winning a fight: Your beast is either strong enough to survive, or he isn’t. In other words, most battles come down to peppering death down on enemy islands before you get shot down, and admittedly, that’s not bad if you just want to play a game about wrecking stuff.

To be honest, dragon fanatics will enjoy fighting in War Dragons, but they’ll really latch onto the dragon-breeding aspect of the game. There are some pretty imaginative designs amongst the brood, and it’s a ton of fun to just watch them soar around your camp and do their thing. Your dragons are also responsible for heavy-duty projects like clearing away fog and trees, and they do the former by skimming across the mist over and over. It’s pretty cool. 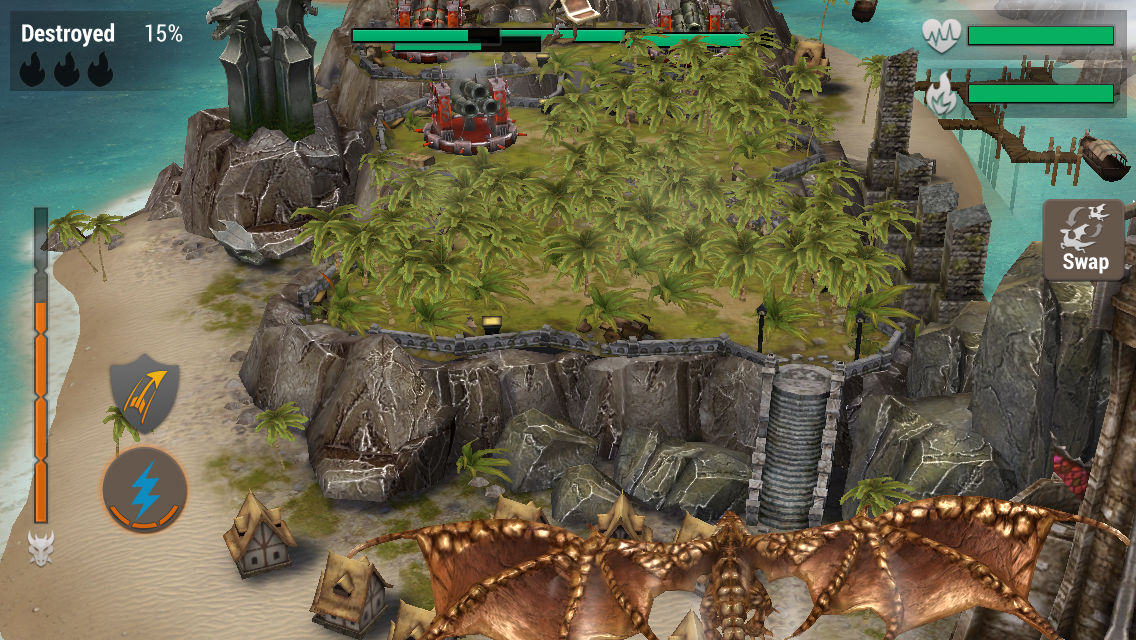 War Dragons can use more of a story, and a meatier single-player  campaign. Its battles are also a bit repetitive, and lacking depth. That said, if rounding up a bunch of awesome-looking dragons for some wanton property destruction sounds like your idea of a Friday night well-spent, War Dragons has a few steeds that you may want to test-drive.