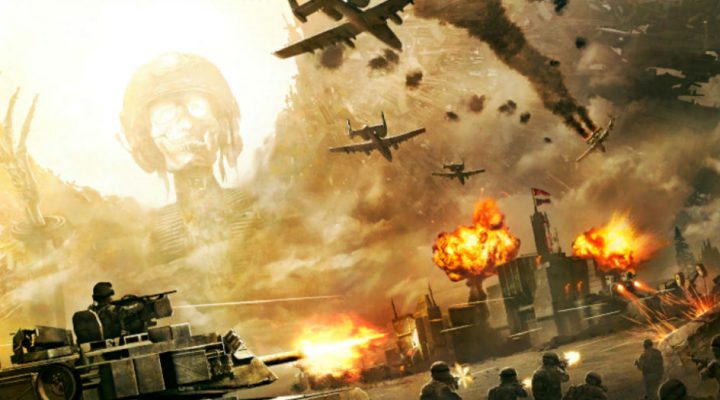 Does things a little differently

Decent amount of things to do

Still has a tendency to become grindy

Not the most inspiring visual experience

Lacks the meat of a real strategy game

War Commander: Rogue Assault doesn’t do that much different from your average resource management, midcore strategy game. But the few tweaks that it does make create something a little more playable than most.

It might be free-to-play, but it’s a kind sort of free-to-play that never makes you feel like you need to splurge if you don’t want to. You might not have all of the best toys, but you won’t be getting murdered all of the time either. Throw in some neat battles and you’re left with a game that doesn’t break the mold so much as chuck a couple of lumps of new material into it. The mold remains intact, but the shape that comes out is just different enough to make it worth a look. 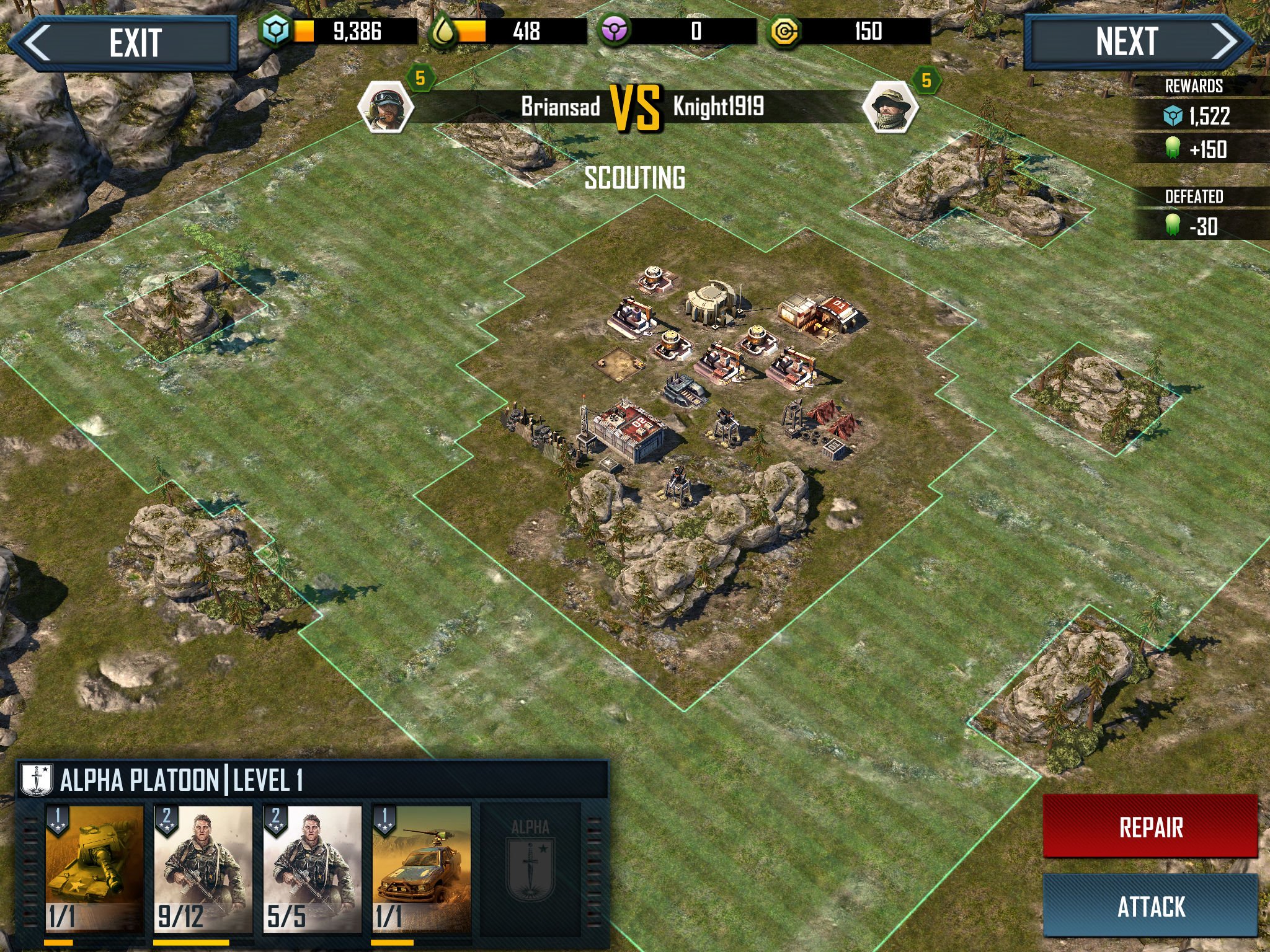 War Commander: Rogue Assault is a militaristic strategy battler that sees you fortifying a base, building up your collection of resources, and sending your army out to blow loads and loads of things up. And it’s a decent amount of fun.

The battles are probably the best part of the game. Here you’re given a moment to scout out the territory you’re attacking, then you get to place your troops and start the invasion. And you get to be more hands-on than in a lot of games in the genre. You can pick the targets that your units go after, and use them as a full force or split them up into smaller groups to try and perform flanking moves — although more often than not you’ll find yourself using the tried and tested military tactic of piling on and hoping you squish your foes before they squish you. 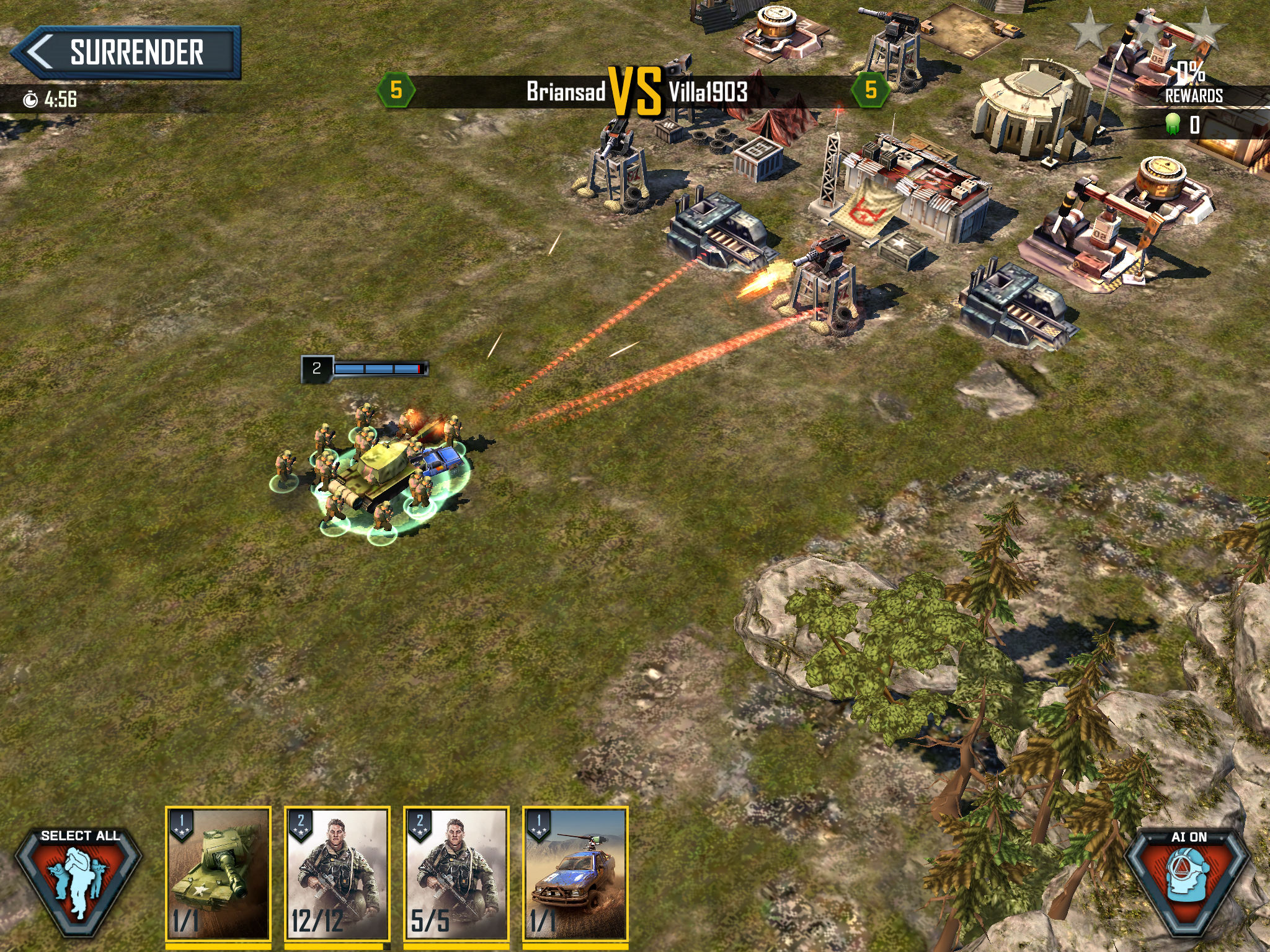 There are different types of scraps to get involved in. Raiding player bases is the simpler of the two, and you’ll get some decent rewards for it. The second, more interesting type, involves a narrative. Again the spoils are impressive, and the battles are often tougher and more engaging.

Inevitably you can join together in a clan, or “warband,” and there are benefits to playing with other people. When you’re not fighting though you’ll be building your base and repairing the soldiers you’ve lost in skirmishes. It’s all reasonably standard stuff. You need to create buildings that suck resources out of the ground, and others that sustain your army. There are turrets to place too, which will come in handy when someone tries to invade your stronghold. 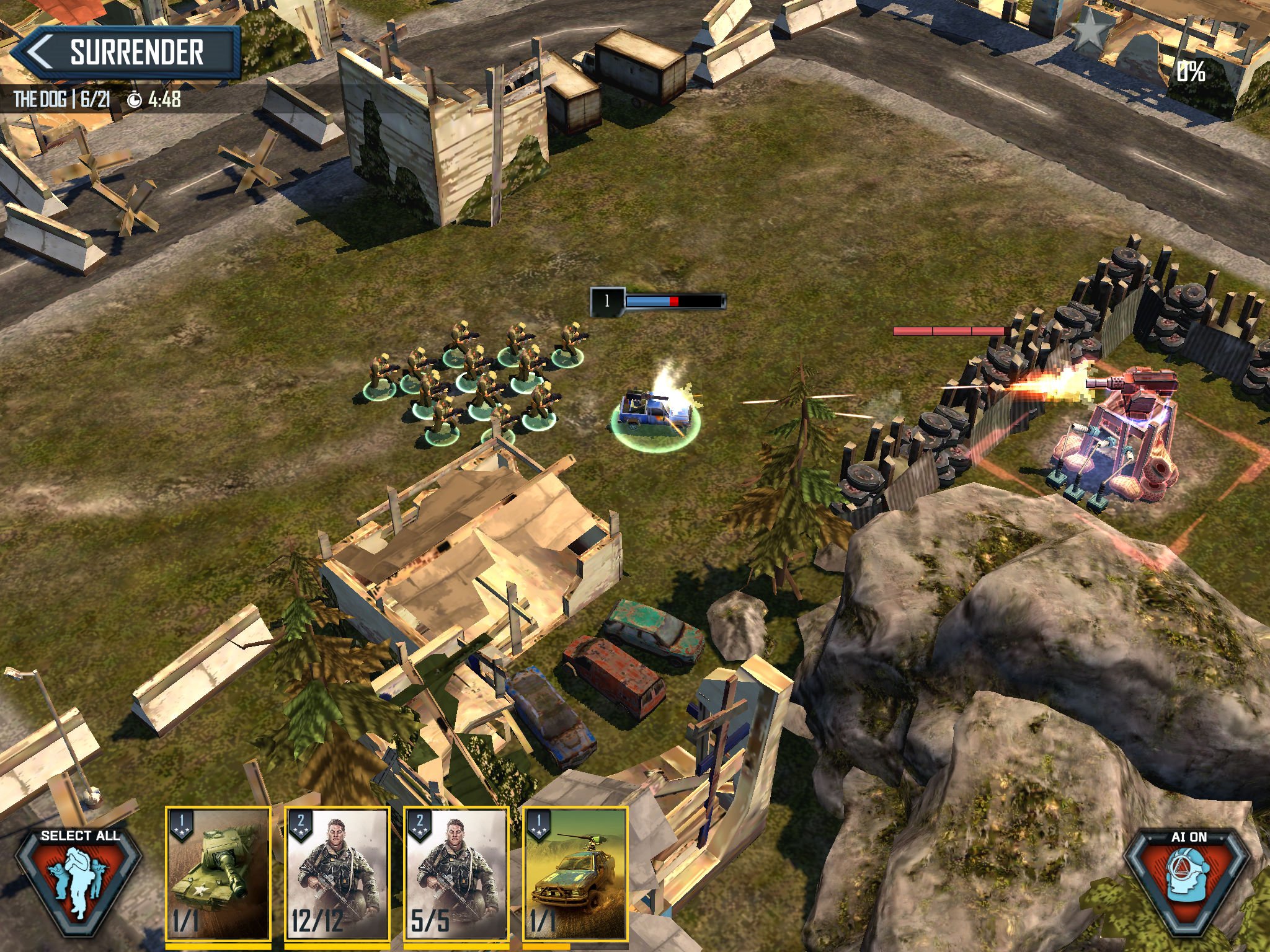 And as usual there are certain limitations put on what you can do with your base. You need to level up your command center to unlock upgrades for your other buildings. And inevitably, that costs an awful lot of currency. But the grind here isn’t as bad as in some other games, and you’ll enjoy bouncing between the different styles of slaughter to make sure that your coffers are filling up. Then there are the upgrades to your troops, the new units you can collect, and plenty more going on besides.

There might not be that much tactical depth here, but this is the sort of game you’ll dip into for a couple of minutes only to look up after a few hours have passed. And that’s really the hallmark of this genre. It’s unlikely that this is going to dethrone the clashing king of the genre, but if you like your action a little more helicoptery and your gameplay closer to the hard end of the midcore, then War Commander: Rogue Assault is well worth a look.